NOC land in Chitwan at big risk of inundation: Experts 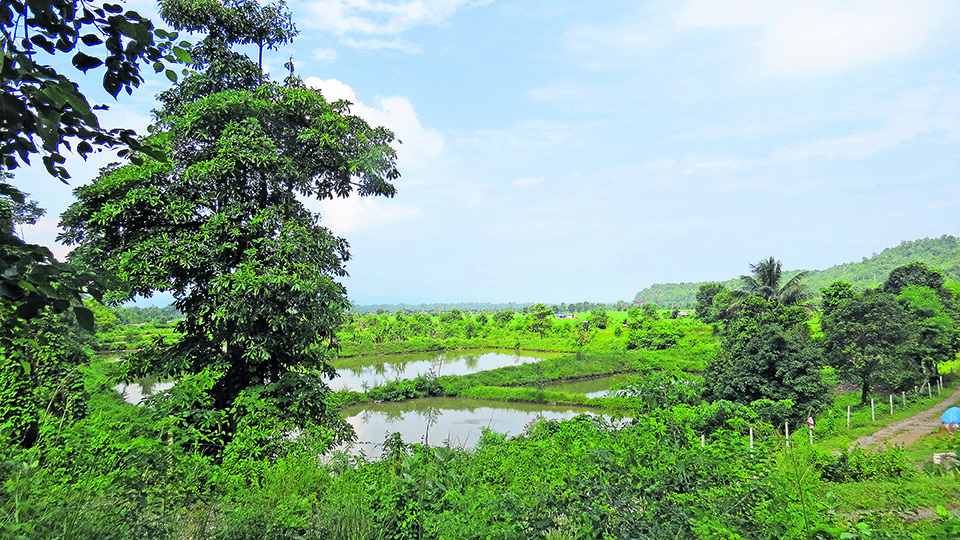 CHITWAN, September 3: Land newly purchased by Nepal Oil Corporation (NOC)  in Rapti Municipality-1, Piple of Chitwan in order to construct an oil storage depot, is at risk of inundation by the Lothar Khola river of Mahadevsthan.

Following the land procurement controversy at NOC, the parliamentary committee had visited Chitwan for field investigations. NOC has been under the scrutiny of various government organizations for alleged embezzlement of millions of rupees in its land procurements. The Lothar is one of the biggest rivers in the eastern border areas of Chitwan. Every monsoon, flood water from the river impacts hundreds of locals of Piple, Bhandara, Birendranagar, Kathar, Kumroj, Khairhani and other settlements.

At the initiative of former lawmaker Jagrit Prasad Bhetwal, an 18-km  embankment has been constructed from the Lothar to the Rapti River. But that also has not mitigated the risk of flooding.

Recently, NOC had bought 23 bigha and 12 kattha of land attached to the embankment, for storage. building As mentioned in documents at the Land Revenue Office, Khairahani, NOC paid Rs. 1,584,000 for the land. But newly elected representatives of the public and locals claim that the market price of one kattha of the land is just Rs, 300,000.
Shyam Sundar Upreti, chairperson of Rapti Municipality-2, said, "With that amount, NOC could have bought land in some better location," During the inspection, a group of people who introduced themselves as land brokers,  surrounded the committee members.

According to the brokers, NOC's land is at high risk of inundation but this is something that a public enterprise should have thought of before entering into the land deal. NOC should build an embankment in order to protect the settlements as promised earlier, said the brokers.

The inspection team surmises that heavy rainfall can trigger a flood in the river any time. They stressed the need to construct an embankment along NOCs land. However,  NOC itself has remained silent about this entire issue. Prabha Baral, Mayor of Rapti Rural Municipality, has urged NOC to save the settlement from flooding by constructing an embankment.

Meanwhile, Chief District Officer of Chitwan Narayan Prasad Bhatta says he could not put forward these issues regarding the land as NOC did not coordinate with the District Administration Office during the land procurement.  A few days ago, NOCs land in  Bhairahawa was submerged by the Rohini River. As per the experts, that sort of thing might happen in Chitwan also if prompt measures are not taken.

CHITWAN, Aug 30: A parliamentary committee which is investigating Nepal Oil Corporation (NOC) for its alleged misappropriation of funds on land... Read More...

KATHMANDU, June 20: Nepal officially started building the Kathmandu-Tarai Expressway in 2017. The government recently announced it is to build a... Read More...

NOC chief sues Nagarik for defamation, seeks Rs 800m damages
4 years ago
Something is amiss in NOC land deal: Supply Minister Mandal (with video)
4 years ago
Landowners demand government to deposit NOCs commission in state coffers
4 years ago
Minister ‘yet to learn about PAC decision’ on NOC scam
4 years ago