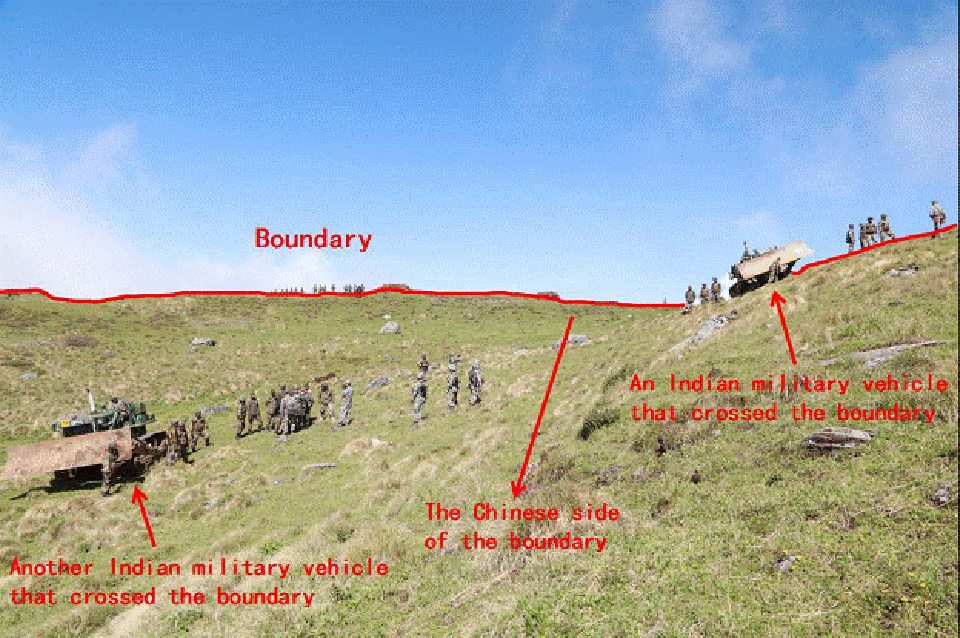 The official Chinese position on Doklam

After the border blockade and recent floods in Tarai, partly attributable to India-built roads and dams, there are very few intellectuals in Nepal who are ready to take up India’s cause.

If we don’t speak up for Bhutan today, someone asked, who will speak up for us when Nepal finds itself in a similar situation tomorrow, say over Kalapani? This was a repeated concern of participants at an interaction on ‘Doklam standoff and Nepal’ organized by the Nepal Institute for Strategic Studies at Sangrila Hotel earlier this week.

In fact, none of the 25 speakers, all experts of some kind on Nepal’s foreign policy, thought Doklam is irrelevant for Nepal. The common idea was rather that Doklam should serve as a warning for Nepal to quickly resolve its own tri-junction dispute over Lipulekh.

China’s recent threat that just as India had invaded ‘Chinese territory’ in Doklam, China may likewise push into Kalapani in a tit-for-tat response was seen ominously. The perception was that in the dealings between big states like India and China, concerns of minnows like Nepal and Bhutan are often ignored.

It was also instructive that nearly all participants—who ranged from foreign policy practitioners, journalists, retired bureaucrats, ex-army officials to a former head of national intelligence—blamed India more than China for Doklam. The reading was that India had chosen to butt into a purely bilateral issue between Bhutan and China. Alternately, the Chinese road-building activities in Doklam were seen as a frustrated reaction of China to India repeatedly thwarting its more straightforward efforts to establish diplomatic ties with Bhutan.

Participants repeatedly pointed out how India is yet to let go of its colonial mindset whereby it sees the whole of South Asia as coming under its sphere of influence and brooks the presence of no third party here, especially not China, its main regional and global competitor. But there was also a perception that India would not have dared to take on China on its own without tacit American support.

In this reading, China is increasingly concerned about growing strategic ties between India, Japan (China’s old foe) and the US (which China considers its sole competitor in the global arena). The Doklam standoff is thus part of this much-broader geopolitical jigsaw puzzle, the ‘big game’ with India and the US on one hand and China on the other.

In this connection, one participant (Keshav Bhattarai) pointed out how even the first and the second world wars were initially triggered by disputes over tiny pieces of lands. So it would be a mistake to take Doklam lightly. Someone else (Sudheer Sharma) took the massive build-up of Indian and Chinese troops in border areas as an ominous sign.

We should not forget that the Doklam standoff is being used to placate domestic constituencies in both India and China, another seasoned China observer said. With impending parliamentary elections due in India in 2019 and an important Chinese Communist Party shakeup scheduled for later this year, neither Narendra Modi nor Xi Jinping can be perceived as weak, not when Modi wants to be the strongest leader in the history of democratic India and Xi the strongest Chinese leader since Mao. Thus no one should be surprised if a war breaks out.

This observer (Bhaskar Koirala) also narrated how his Chinese contacts were unhappy with Nepal’s recent call for dialogue to resolve the Doklam standoff. The Chinese rather want Indian troops to unilaterally pull out of Doklam, which they consider their territory. So there is no point in talking to India until this happens.

But there were others who ruled out an armed conflict. One ex-army officer (Rana Dhoj Limbu) said that the coming winter season was the wrong time to fight a high-altitude war. The last India-China war had also started in winter months, came a quick rebuttal. A few were of the view that as India and China cooperate extensively on economic arena, with bilateral trade soon expected to cross US $100 billion, they would not risk a mistimed war.

Another common theme that emerged was that even as Nepal continues to maintain strict neutrality—in that it refuses to side with either India or China over Doklam—Nepal should not hesitate to speak in favor of sovereignty and territorial integrity of Bhutan, another small landlocked country, and its right to chart its own course. The reference was to New Delhi’s repeated attempts to thwart diplomatic relations between Bhutan and China.

Should Nepal play a mediatory role between India and China over Doklam? The common view was that Nepal, itself in a deep political crisis, is in no position to try to mediate a high-stakes dialogue between India and China. Perhaps a peacekeeping force from Nepal could be mobilized to the disputed region for time being, others thought.

All in all, there was a lot of sympathy for Bhutan, which, against its wishes, is being made a playground for big-power rivalry. But the question of Nepal’s neutrality did not appear straightforward to many participants.

For instance, in the event of a war between India and China, what if India makes a request to transfer its logistics via Nepali territories by citing past treaties and bilateral agreements, most recently the 25-point joint communiqué issued at the end of Prime Minister Pushpa Kamal Dahal’s India visit in 2016? The agreement says the two countries “hold similar views on major international issues” and will work “in close coordination” on international fora. The 1950 Indo-Nepal treaty obligations may also be invoked.
In the event of a war, with both India and China looking for a stable government in Nepal, a forced regime change in Kathmandu cannot be ruled out, Koirala prophesized.

I felt that as useful as the gathering was, it would have been better still with more people ready to make a case for India over Doklam. The pro-China bias of the gathering was unmistakable. Yet this is also India’s own doing. After the border blockade and the recent floods in Tarai-Madhes (which are partly attributable to India-built roads and dams) there are very few intellectuals in Nepal who are ready to take up India’s cause. This, in turn, has facilitated—and it is a strong indicator of—Nepal’s progressive slide towards China, for better or worse.

Meanwhile, the interaction made it abundantly clear that what is happening in Doklam has direct implications for Nepal. Are there contingency measures in place in Nepal if, as many participants feared, there is a war between India and China?