PM to visit India from August 23

Nepal won't align with India or China on Doklam issue 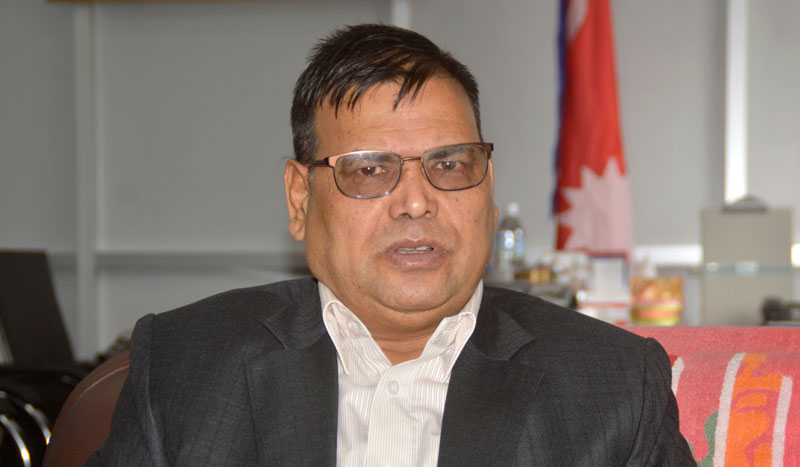 KATHMANDU, Aug 7: Brushing aside media reports that both India and China are trying to court Nepal on the issue of Doklam standoff, Nepal has clarified that Nepal won't be siding with any of the parties to the dispute.

Deputy Prime Minister and Foreign Minister Krishna Bahadur Mahara said that Nepal wishes to see both India and China resolve the issue through peaceful means.
"Nepal is very clear on the issue [Doklam standoff]. We wish to see this standoff resolved peacefully and through diplomatic negotiations. We obviously do not want our neighbors engage in war,” said Minister Mahara.

Asked if India and China were trying to court Nepal in their favor on the Doklam standoff, Foreign Minister Mahara said that Nepal pursues independent foreign policy and that it won't align with any of the neighbors.

"We won't be aligning with any of our neighbors in this issue. We are not in favor of any of the parties to the dispute," he said, while urging both the neighbors to resolve the issue peacefully.

Prime Minister Sher Bahadur Deuba is scheduled to fly to India on a five-day official visit to India on August 23.

According to Foreign Minister Mahara, the agenda to be discussed with India during his visit are still under discussions.

"The agenda are still under discussions. We want to get some tangible achievements from the visit," said Mahara. Officials said Nepal wants to push for the implementation of the previous pacts rather than reaching new agreements.

As per the preliminary plan, Prime Minister Deuba will have all the bilateral talks with Indian sides on August 24. On the next day, he will address the intellectual and business community in New Delhi. Prime Minister Deuba is scheduled to fly to Hyderabad and Tirupati temple during his five-day stay in India.

Chinese Vice Premier Wang Yang is scheduled to arrive in Kathmandu on a three-day official visit to Nepal on August 14.

"This is a high-level visit from China. The visit is focused on developing cooperation between the two countries," he said.

Organizing a press conference at his ministry on Monday, Foreign Minister Mahara said he will focus on promoting independent foreign policy of Nepal with sole objective to uplift Nepal's dignity and prestige in the international arena.

Mahara announced to hold meetings of the bilateral mechanism that Nepal has established with other countries and establish such mechanisms in the countries where Nepal is yet to set up such mechanism.

"Our priority is to promote economic diplomacy to promote development and prosperity in the country," he said.

Forging development partnership with India and China, implementing the deal reached with China on One Belt One Road initiative, bringing amendments in the existing acts, rules, regulations and directives of foreign ministry and making the Department of Passport and Department of Counselor Service more service-oriented, people-friendly and transparent fall among the priorities set by Mahara in his work plan.

Some leaders are accusing China of land grab without verified and substantiated proof, while Nepali Congress leadership is pretending ignorance.... Read More...

Let's not overshadow the issues that Prem Archaya tried to raise: Dr Toshima Karki
32 minutes ago