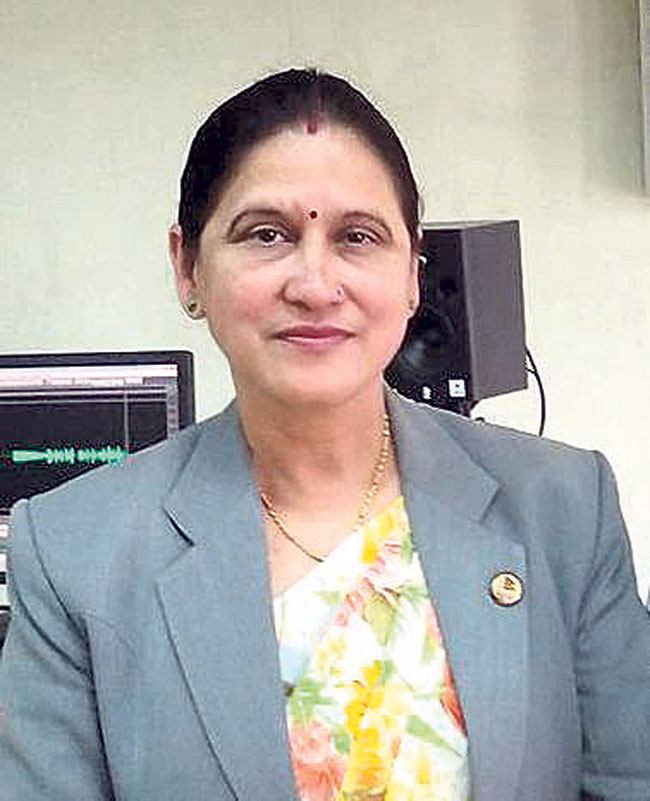 Ranju Jha, the chairperson of the Women Children and Social Welfare Committee (WCSWC) of parliament.

KATHMANDU, Aug 3: Chairperson of the Women Children and Social Welfare Committee (WCSWC) of parliament, Ranju Jha, has been found to have been hiding a health ministry letter requesting the withdrawal of the Manmohan Adhikari Institute of Health Sciences (MAIHS) bill from parliament.

Jha, a lawmaker from the CPN-UML, not only didn’t do anything about the letter for eight months after receiving it, but also hid it from the media and committee members. A lawmaker in the committee accused Jha of hiding the letter “as she was lured by other UML lawmakers with a share in the Manmohan Hospital.” Seven influential UML lawmakers, who are also share-holders of Manmohan Hospital, are members in the same parliamentary committee.

The government had decided to withdraw the bill in September 2016. The bill proposes granting permission to Manmohan Hospital to run a medical college without meeting the criteria. Following the cabinet decision, the health ministry had written to parliament to withdraw the bill. The issue number of the letter was 991.

When asked about the status of the bill on Wednesday, Jha lied to Republica, saying that the committee hasn’t received any letter requesting the withdrawal of the bill. But Republica discovered on Thursday that a letter signed by the then Health Minister Gagan Thapa had been delivered to the committee on December 14, 2016. General Secretary at the Parliament Secretariat, Manohar Bhattarai had forwarded the health ministry’s letter to the committee on the same day.

“Now I remember that we had received the letter. But if you check the parliamentary regulation, the bill should have been withdrawn by the concerned minister himself,” said Jha.

However, Rule 137 of the parliamentary regulation states that if any bill is under discussion at any parliamentary panel, the panel concerned should report to the House accordingly at first before the minister tables the proposal to withdraw it in the full House.

After being reminded the provision in the parliamentary regulation, Jha said she would call the minister and initiate the due process. She urged Republica “not to create a controversy.”

“I will call a committee meeting soon after finalizing the Health Education Bill. Journalists should play a role to settle disputes rather than inciting controversies,” Jha said.

The Parliament Secretary, too, claimed that they didn’t find the letter on Wednesday. After being told the date and issue number of the letter from the health ministry, spokesperson for the Secretariat, Bharat Gautam said that the letter had been forwarded to the WCSWC on the same day.

“It has been found that the letter was registered at the general secretary’s secretariat and forwarded to the committee concerned on the same day,” Gautam told Republica on Thursday.