Ginger exports to India resumes after a hiatus of 19 days 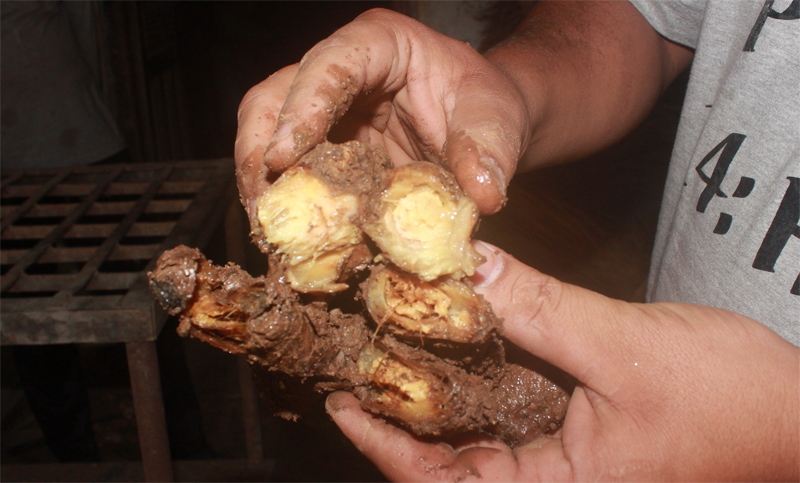 PANITANKI (INDIA), July 19: Ginger exports from the eastern customs point of Kakarbhitta resumed Wednesday after a hiatus of 19 days.

At least 50 trucks carrying ginger from Nepal arrived in the bordering Indian town of Panitanki on Wednesday. More trucks are at the Nepali customs yard waiting for the customs formalities to complete.

However, India has started levying 5 percent GST on ginger imports from Nepal. Earlier, the southern neighbor was not levying any charge.

“It will now be difficult for Nepali ginger to compete in the Indian market,” Narendra Kumar Khadka, president of Nepal Ginger Producers and Traders Association, told Republica. “Imposition of GST has made Nepali ginger less competitive. Also, there is always the risk of export coming to a halt without any reason whatsoever.”

However, Indian officials have requested Nepali traders and officials not to have any such worries. “There was some problem due to technical problem in our server and the GST code because of which goods could not pass across the border,” Hare Ram, an official at Indian customs office at Panitanki, said. “There will not be any obstruction to vehicles if traders have all the documents.”

Though Indian officials like Hare Ram says that export was affected due to server error, other Nepali goods like cardamom, tea and other agricultural products were entering without any hindrance. Only the export of ginger was halted for 19 days.

India brought ginger import from Nepal to a halt from July 1, citing GST. Though Nepali traders and officials made repeated requests to resume imports, the Indian customs officials said they were facing problem due to GST code and server error.

Many traders say that ginger worth millions of rupees has rotted. “Ginger in my truck is stinking. I don't think it is in a good condition,” he said.

It is surprising to note that the government is not making any efforts to find alternative market for Nepali ginger even though export to India is being halted time and again.

Ginger production in eastern Nepal is rising at a healthy rate. But the perennial problem in exports is costing farmers and traders dear.

“We can make different products by processing ginger and export them to other countries. Unfortunately, the government is not showing any interest in this direction,” Ram Chandra Adhikari, a former government official, said. “Unless we look for alternatives, we will have to face problem in exports of ginger,” he added.

JHAPA, Sept 9: The ban placed on imports of Nepali ginger by India has been lifted from Friday, with the Indian... Read More...