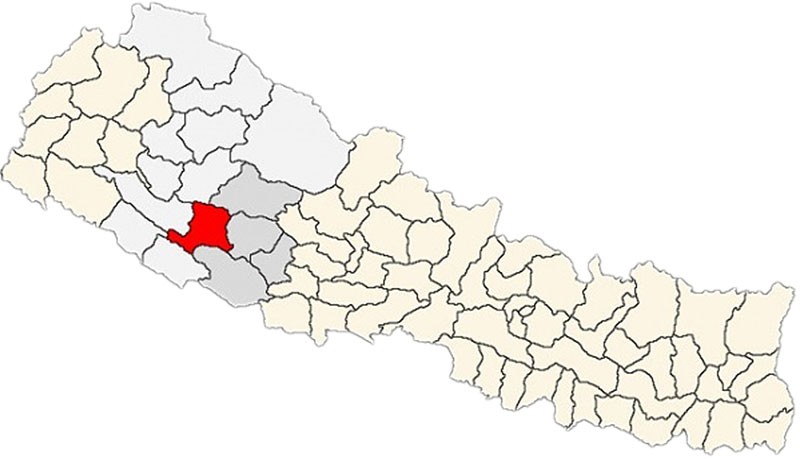 There are reasons to believe that Rukum’s nightmare is over with the war and all it has is a bright future
Rukum, one of the hotbeds of the decade-long Maoist insurgency that left behind a bloody trail of death and devastation and pushed the country decades back in terms of development, is quite busy with development works these days.

Leaving behind its blood-soaked past, in which 668 people died, 505 got abducted and 162 got disabled during the war, this Mid-Western district, where Nepal Army conducted Khara and Sisne search operations and where the Maoists’ landmark Chunwang meeting took place, is trying hard to catch up with the lost decade pretty fast, if not on war footing.

The 134-km-long Rapti Lokmarg, which connects Dang, Salyan and Rukum (this district accounts for 33 km of the highway), is already complete, while construction of the Mid-Hill Highway section is underway in the district, according to Bharat Kumar Sharma, local development officer. While returning late in the evenings after inspecting climate-resilient development initiatives of Nepal Climate Change Support Program Rukum in June, the UNDP-media team on the inspection mission would often find earthmoving equipment operating till late in the evening for the construction of the Mid-Hill Highway with a well-lit Musikot—the result of the Rukum Ujyalo program consisting of 95 micro-hydels—in the background.

The fate of the highway project, which aims to connect Nepal’s hilly districts, hinges on the pace of development work in this district as a 136-km section of this lifeline passes through Rukum.

This district has made strides in road connectivity, if Sharma’s words are anything to go by. Thirty-four out of 43 VDCs of this district are now accessible by road, according to Sharma.

Post-war, most of the Musikot-based government office buildings, which were destroyed during the insurgency, have been reconstructed. Call it peace dividend or result of post-war reconstruction boom, land prices are going up in Musikot, the district headquarters.

Every monsoon, there’s this rush in Rukum, when hundreds of people head towards the highlands at the foot of the Sisne peak to collect yarshagumba (the caterpillar fungus), a prized aphrodisiac on high demand in the national and international markets.

And Rukum has something to offer for war historians and others, who want to better understand what this district went through during the decade-long conflict, the Janayuddha in Maoist parlance. It now offers a trek along the war trail, with fond hope to attract domestic and international tourists from far and wide.

During a short visit to Rukum, the team had glimpses suggesting that the district was on the recovery path.

At Ghetma-1, the team inspected and interacted with the beneficiaries of the Bankejiula irrigation project, which, according to NCCSP Rukum, irrigates 400 hectares of fertile fields, benefiting 300 people from 48 households.

While at Bhandarban, Purtimkanda-8, the team conversed with some members of the 26 households that would benefit from the just-constructed irrigation canal. And it inspected a 60-KW hydropower project in the same village that was contributing to electrification of the water resources-rich district that boasts of Baunna Pokhari, Tripanna Taal—altogether 52 ponds and 53 lakes—as well as the mega river system called Bheri.

The list of places where we could not go and things we could not do would be pretty long, for time was short.

Trekking all the way to the highlands to do a story on yarsha collectors after the end of the inspection visit was impossible, for chores in Kathmandu were making emergency calls.

It meant returning to the hotel at the end of the day after going places and pondering over the trails not taken—those leading to Sisne, Gotamkot, Chunwang, and more. All this meant gazing at distant stars from the small opening left by an outcrop of buildings at the district headquarters and pondering the next station in life. It meant exploring the horizon from atop the hotel building and thinking if you will ever be able to manage time to visit those idyllic villages just below overhanging clouds.

It meant chatting with friends over meal and making fun of what some well-travelled friends would jokingly call a five-star address in Rukum, complaining about minor inconveniences like lack of hot water and mosquitoes that would sing for you and sting you at night.

After a visit to the district, there are reasons to be optimistic, to believe that Rukum’s nightmare is over with the war and all it has is a future as bright as stars that twinkle in its clear skies. At a time when the world is taking mountains as a source of prosperity, all that this mountainous district needs is faith in its boundless potential and a little help from the state and other development partners to make it rise and shine.

will confide in you, my dear readers, with hopes that you are lending a sympathetic ear. The urge to pour... Read More...

When I was a boy I had no voice Inarticulate and shy had no poise In the head one day... Read More...

A tell-tale story of a Nepali woman trafficked to Oman

Dahal is guilty in SPP: UML Chairman Oli
4 minutes ago