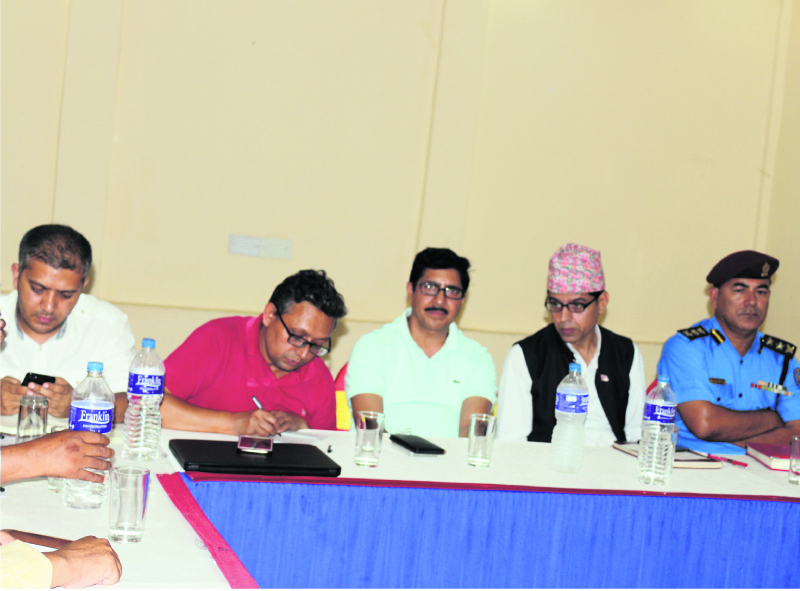 BHAIRAHAWA, June 3: Siddharthanagar Municipality of Rupandehi is lagging behind other cities in terms of development despite having enough potentials due to lack of consensus among major political parties on development issues, local stakeholders say.

Speaking at an interaction organized by Nepal Republic Media Pvt Ltd, businesspeople and civil society leaders say lack of consensus among political parties is affecting development works in the city.

Omkar Gauchan, former president of Siddharthanagar Chamber of Commerce and Industry, said the city was still struggling for education, health, roads and other basic development at a time when other cities are making big strides.

Similarly, Chandra Prakash Shrestha, the president of Siddhartha Hotel Association, said the city has enough potentials to develop as a tourism hub in the region. “But it is not happening because of the indifference shown by the government and the political parties.
We have been failing to retain tourists visiting Lumbini in this society,” he added.

“Government officials are acting like a mere spectator even though many monasteries in Lumbini offer accommodation to tourists. This is affecting business of hotels where millions of rupees has been spent.”

Writer Vijay Sagar stated that the political parties, who made tall promises during election, are not showing cooperation for development of the city. “Development projects brought by one party do not get support of others. If such situation persists, our aspiration for development will never be fulfilled,” he said, adding that Gautam Buddha International Airport in Bhairahawa was getting delayed due to political wrangling.

Speaking at the program, Ram Kumar Sharma, president of Chamber of Commerce and Industry, said political parties were not serious about developing Siddharthanagar.

Even the political leaders confess that the city is lagging behind compared to other cities in terms of development works due to lack of coordination among political parties. District leader of CPN-UML, Hari Prashad Adhikari, expressed commitment to work for broader development of the city in the coming days. Similarly, CPN (Maoist Center) district coordinator Haki Ullaha Khan stressed on equitable distribution of resources to local units.

Hearing on case against Home Minister Lamichhane continues
41 minutes ago

Four arrested with illegal drugs in Janakpur
58 minutes ago