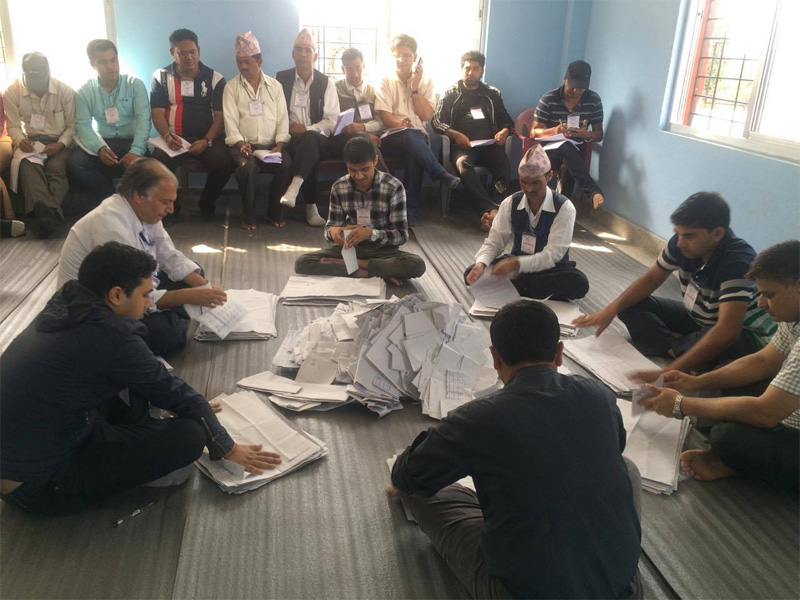 Relentless coverage of preliminary vote tallies and leads with a few hundred votes counted was perhaps the most farcical
Analyses of election reporting in our context typically focus on how the media adhere to the election code of conduct, emphasizing neutered, balanced and objective coverage of political parties or their candidates as well as compliance with the ‘silent period’, among others. They prioritize ethics over professional practices.

Here I write about journalists’ use of numbers in their reporting of the election and in general on the ‘economy of counting’. In fact, in recent weeks, news has been nothing other than (the extremely slow pace of) vote counting, overwhelming us with a barrage of numbers on every news lead. The process has earned a flurry of jokes, some announcing that if it took 20 years to hold elections, it may at least take 20 weeks, if not so many months, to get the results.

The snail-paced manual counting contrasts with the speed and ease offered by full-fledged data visualization projects undertaken by over half a dozen news outlets. Most of these interactive, customized and even localized platforms depend mainly on their own reporters in the districts to gather latest results; and sometimes they rely on election officials or the Election Commission (EC), which has been slow in sharing data. A journalist working on a data visualization project told me that personal relations and rapport with the EC are essential to access their data on a timely basis.

Amid the overcrowded field of candidates—as many as 49,337 in the first phase alone, contesting 13,556 posts—horse-race reporting has far outstripped story-telling. Suddenly, journalists are in the business of number-crunching, a very odd task for these professionals who are traditionally considered as math-phobic. In fact, an oft-cited joke in the profession is that many people enter journalism simply to avoid doing math! How are they making sense of the numbers this election season?

Journalistic textbooks often include examples of common media errors in reporting percentage, percentage change, mean (average), median, mode, range, proportion, and rate, among others. Style guides are particular about little details such as rounding figures, using words for single-digit numbers, punctuation or hyphenations in digits, date orders, etc. Above all, the emphasis is on the accuracy and precision of data and on putting it in a proper context to illustrate the story rather than jamming data into the story.

Lamentably, we see plenty of disparities, inconsistencies, inaccuracies, and even omissions, often at the cost of the story itself, in election reporting.

The most often used number is undoubtedly “20” years. Few outlets bother to point out the exact date-- May 17 and 26 in 1997—or explain its electoral context as a way of comparison for the audience. Moreover, a few outlets of “repute” continue to report that the last election was held “19” years ago, and that they do so without an explanation. The time period being discussed is only three days shy of two decades.

The cost of elections still remains guesswork. Is it Rs 10.3 billion, Rs 20 billion, Rs 40 billion, Rs 75 billion or Rs 100 billion? It’s true that the spending is largely opaque, but it is a tragedy that we don’t spend a few millions on an independent mechanism to keep track of the actual costs when we can spend so many billions. And journalists continue to throw these widely variant figures without critical scrutiny.

Voter turnout was first reported as “huge”: 71 percent, which was then revised to 73 percent. It was reported that a total of 4,956,925 voters were eligible to cast their ballots in the first phase. Over four million Nepali voters live in foreign countries, most as migrant workers, but they were deprived of their voting rights in this election. Journalists could have verified and reported if the turnout percentage of the Election Commission included these people. Actual turnout could have been lower.

Exit polls are something of a rarity for us. The results by Rooster Logic were widely circulated in social media, but legacy outlets appeared queasy about picking up on them perhaps because of Election Code of Conduct barring publication of any surveys or polls. Rooster’s Suman Shakya, however, maintained that the findings were released after the polling stations closed.

Relentless coverage of the preliminary vote tallies and the leads with only a few hundred votes counted was perhaps the most farcical in this journalistic math-a-thon. Accuracy was sacrificed for speed. Torrents of small numbers overshadowed the big picture. The Nobel Prize-winning psychologist Daniel Kahneman writes of how small numbers persuade people more easily than big numbers, as their intuition takes over computation or rationalization.

Data visualization projects were presented with layers of problems like delayed data entry, errors in raw data, missing data, double data input, verification challenges, prioritizing mayoral vote counts over deputy mayors’, and lack of technical skills among some journalists. And certainly, in the experience of a journalist working on a data visualization project, overemphasis on data was the cause for a visible shrinkage in trend or feature stories that would contribute in meaning-making.

Some numerical issues extended to codes. Database design, in at least one case, became mired in a news portal’s accusation of copyright infringement by another leading outlet, and it subsequently proved true. This was a scandalous case for the media industry, but received no mention in the mainstream media.

The positives were also noteworthy. In one such project, eight out of 10 trending news items included data visualization stories. Website traffic more than doubled. Feedback from audiences seeking results for their constituencies became frequent. With the data visualized, audiences could now know not only who won, but also who was leading in any given constituency. Localized search was possible and it was time-saving also.

How do “authentic” math people themselves make sense of all this? Dr Kanhaiya Jha of the Nepal Mathematical Society believes that journalists use numbers mostly for approximation and averages. They often lack specificity. Numbers are manipulated to suit certain interests. Outlets violate “order relation” when they place a particular party before another, irrespective of total vote counts. And in Nepal, we hardly use the alphabetical order.

Some numbers must suit story formats too. For example, rounding figures, although not accurate, is a widely-accepted journalistic practice, for readers’ ease and comprehension.
Jha observes that in election reporting this time, journalists have relied on “rough, secondary data”, interviewed a few people and extrapolated the findings on large populations, and rarely had experts on their panels to offer deep insights. Journalists haven’t been analytical on television; they have focused on the winning numbers, totally ignoring the losers, who constitute a large segment of their own audiences. Good math is essential for journalists for them to be accountable to the public, and for factual, unbiased news, he stresses.

“Math is more than numbers, it is also the structure”, he observes: most people see it in terms of no more than a “set”, a collection or group of things. That is superficial. Few look at its operation (action) or properties (impact).

Numbers offer cases, not stories. Perhaps we need more stories about ‘action’ and ‘impact’. More word-stories to explain the context, the process, and trend behind the “sets”. It will require cutting down on media’s predilection for horse-race reporting, and focusing on interpretive, analytical, utility-based articles on shared issues, such as on voter education, those deprived of their voting rights, and its implications to our fledgling democracy.

Sniff a juicy story in the task of counting itself. How about an immersive, “a day in the life of electoral tellers”? Aren’t you hungry to know the real deal behind their snail-pace?

Shyam Karki has more than a decade of experience of working in the audio-visual field. Besides Nepal, he has worked... Read More...