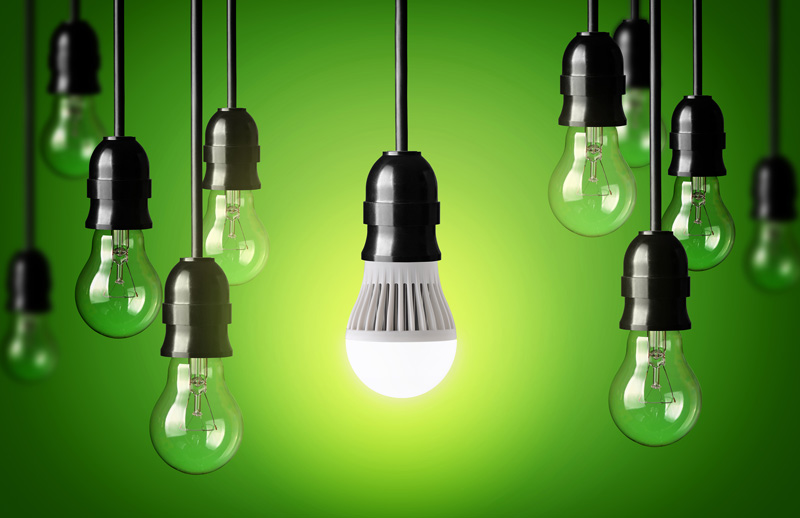 NEA’s approach of buying and selling LEDs will crowd out the private sector, harm energy efficiency and limit energy saving
The furor over the decision of Nepal Electricity Authority (NEA) to purchase LED bulbs from an Indian company, Energy Efficiency Service Limited (EESL), encapsulates everything that is wrong as well as everything that is possible in Nepal.

Meanwhile, EESL is an Indian state-owned enterprise that was formed to promote energy efficiency. The company’s flagship is its LED bulb program, under which it has distributed approximately 144 million LED bulbs as of August 2016.

First for the part where everything is wrong.

Earlier this month, Nepal’s cabinet approved a proposal authorizing NEA to procure 20 million LED bulbs from EESL. Even before the ink had dried on the cabinet decision, NEA was engulfed in a media maelstrom and accused of corruption in LED procurement.

Media criticism was swift, targeted and noisy:  The due procurement process wasn’t followed; the proposed selling price of LED bulbs was too high; and the headlines screamed with innuendos of corruption.

The media furor over the LED purchase decision was a disgrace. It was a case of headlines in search of a story, symptomatic of our media’s analytical lethargy. Critics played on the presumption that there must have been corruption—an easy way to sensationalize a story when they are too lazy to expend effort to genuinely evaluate the program.

In this case, we must defend NEA against charges of corruption. The decision to procure LED bulbs from EESL was result of a bilateral agreement between the governments of Nepal and India, reached at the energy secretary-level dialogues over the past one year. NEA simply became the implementing entity for the agreement in Nepal.

Fortunately, for us, Kulman Ghising, NEA’s Managing Director, is entirely capable of offering his own defense. He did it full-on, filmy style, packed with emotion, sentiment and grace. At a news conference as the media scandal was unfolding, he offered to “leave the country” or “hang himself” should any of these corruption charges be established, before adding that if he were in it for the money, just a few hours of load-shedding would have made him a rich man.

The media uproar and Ghising’s defense were both so intense that by the time the innuendos of corruption had simmered down, everyone was too tired to consider that NEA was about to ruin its opening move on a critical part of Nepal’s energy strategy: energy efficiency.
Now for the possibility.

In recent times, NEA has embarked on a mission to promote energy efficiency. The LED program is an effort in that direction. NEA says that when the LED bulbs are brought into use, it would result in up to 200 MW of savings in the peak consumption hours. Its LED program could offer immediate relief by reducing peak demand and avoiding load-shedding, perhaps even as early as the upcoming dry season.

Here is a point that is little considered. Energy efficiency, if properly integrated into Nepal’s broader energy mix, has the power to deliver on the most pressing and challenging need of Nepal’s energy sector: reservoir-based peaking capacity without having to build a single reservoir. How cool is that?
Now for the correction.

While NEA’s decision to pursue energy efficiency should be welcomed and encouraged, does it mean that it should be buying and distributing LED bulbs? Absolutely not.

NEA’s approach of buying and selling LEDs for its customers will crowd out the private sector, reduce end-user adoption of energy efficiency and limit the ability to deliver energy savings.

NEA has announced that it intends to make the LED bulbs available to its customers through its service centers across the country. Evidence from similar programs around the world, particularly in our part of the world, has demonstrated that without layers of additional controls, LED bulbs sold by utilities to its customers are often resold in the market. The bulbs may ultimately make their way to end-users but by then the effectiveness of an energy efficiency program is lost.

LED bulbs deliver immediate energy savings when used. However, end-use awareness and behavioral changes are also required for savings to be sustained. Getting a consumer to purchase LED should not be just about turning on a light bulb. It must also encourage consumers to think about their energy use in a way that educates them on how to make the correct decision on balancing the initial investment costs against future energy savings.

NEA’s justification on the purchase decision was that domestic suppliers couldn’t match the price and quality offered by EESL.

EESL didn’t get to these prices and quality overnight. In 2014, it was procuring LED bulbs at Indian Rupees (INR) 310 per unit. This had come down to INR 55 per unit by April 2016. The decline was the result of bulk buying (it procured in the millions) and rapid technological advances.

But EESL didn’t achieve this on its own. It fostered an eco-system of manufacturers, suppliers and testing facilities, which when combined with consumer education, enabled a market to emerge. In Nepal’s case, NEA playing God on energy efficiency may get LED bulbs on the holders but will not deliver the sustained MW savings that are projected.

Unlike NEA, EESL is not a power utility. EESL is an energy services company (ESCO) designed with the intent of financing the high initial costs of energy efficient appliance against energy savings delivered in the future. It works through a network of utilities and other agencies to design, implement and monitor its program.

NEA’s LED program would make it a towering market player single-handedly managing procurement, distribution, marketing, consumer awareness, monitoring and reporting. This will reduce other players to selling cheaper lower-quality products (or at least of being perceived that way).

The premise in NEA’s current approach is that low prices offered by EESL makes the LED program work. This assumption is incorrect: the program would have worked even if the LED bulbs had cost twice as much. That would have been a small cost to pay to get the private players involved, most of whom would have procured from EESL anyway.

NEA must modify its approach on energy efficiency. Instead of sidelining the private sector because it can’t reportedly match the price or quality, it must work with private actors to reduce costs and increase consumer awareness on quality. It must help develop a market where quality is offered, valued and credible.

Building a collaborative market place for efficient energy is a lot more difficult than simply buying LED bulbs from EESL because the Ministry of Energy told him to do so. But Nepalis currently have confidence that if anyone can do it, Ghising and his new NEA can.

THE GOD WE WORSHIP