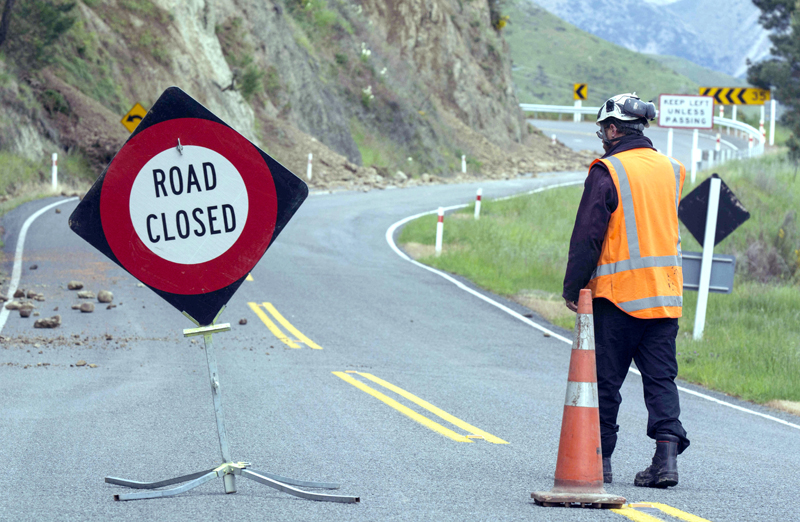 WELLINGTON, New Zealand, Nov 22: Two strong earthquakes rattled different parts of New Zealand on Tuesday but there were no initial reports of serious damage or injuries.

The first magnitude 5.6 quake struck off the coast of New Zealand's North Island at about 1:20 p.m.

It was followed about five hours later by a magnitude 5.3 quake that struck the South Island and appeared to have been an aftershock from a powerful earthquake last week.

That quake last Monday was measured at magnitude 7.8 and killed two people after it struck just near the coastal town of Kaikoura.

The Pacific Tsunami Warning Center did not issue a tsunami warning for either of Tuesday's quakes.

The epicenter of the first quake on Tuesday was about 200 kilometers (120 miles) northeast of the capital Wellington, according to the U.S. Geological Survey. It was at a relatively shallow depth of 10 kilometers (6 miles).

The second quake was centered 78 kilometers (48 miles) northeast of Christchurch and was felt in the city. It was also at a shallow depth of 4 kilometers.

The nation of 4.7 million people sits on the "Ring of Fire," an arc of seismic faults around the Pacific Ocean where earthquakes are common.

WELLINGTON, Nov 13: An earthquake with a magnitude of 7.4 struck central New Zealand just after midnight (1102 GMT Sunday), the... Read More...