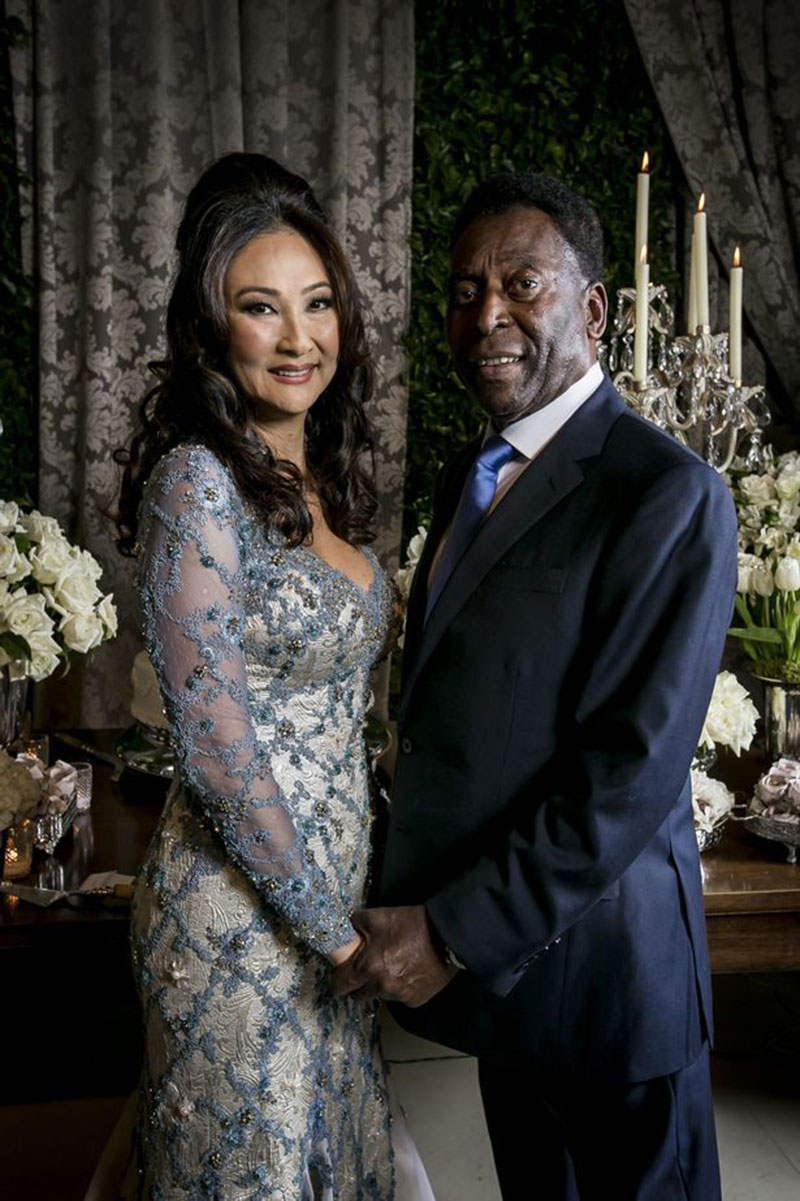 The 75-year former Santos star wed his girlfriend of six years in the coastal town of Guaruja.

Pele and Marcia Cibele Aoki were due to marry two years ago, but they were forced to postpone the ceremony after he suffered a series of health problems.

The Brazil all-time leading goalscorer met the 50-year-old at a party in New York in the 1980s but only began dating when they pair bumped into each other in a lift in a Sao Paulo apartment block that they both lived in.

Pele had three children with his first wife Rosimeri Cholbi who he was married to for 12 years and two with his second, gospel singer Assiria Nascimento, who he was with for 14 years.

Marcia, who is of Japanese origin, is the daughter of a paediatrician and a successful entrepreneur in her own right in the medical supplies sector.

Marcia was in the middle of a split from her husband when the pair met again in 2008.

The three-time World Cup winner and all-time great has added his voice to the most heated of debates - Barcelona... Read More...

Brazil still to gel ahead of World Cup, says Pele

SAO PAULO, June 7: Brazil may be five-time winners of the World Cup and joint favourites to make it six in... Read More...

There is a chance most Madhesi parties will go out of business, which could help Madhesi public unite behind a... Read More...

Pregnant woman rescued by helicopter in Doti
40 minutes ago