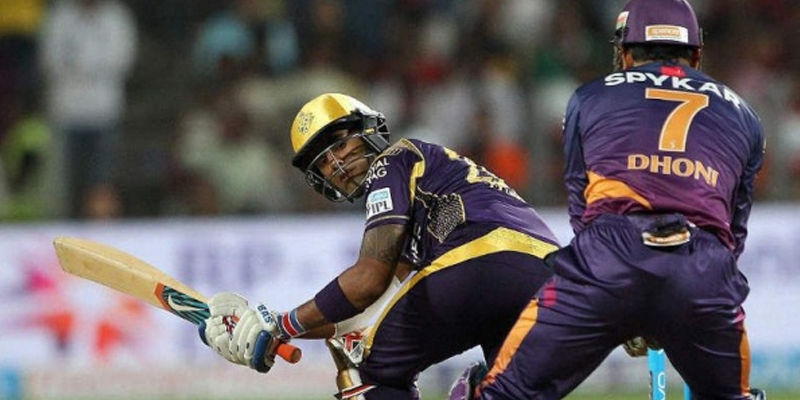 PUNE, April 25: In a game of fluctuating fortunes, Supergiants posted a decent looking 160 for five after being put in to bat. KKR maintained a high net run-rate right from the start and, although they lost wickets regularly, were able to cross the finishing line with three balls to spare. Umesh Yadav turned out to be the man of the moment as he smacked Thisara Perera in the long on stands, with his team needing five runs off four balls, with just two wickets in hand.

In a game dominated by two Mumbaikars from the either side, Suryakumar Yadav played a defining knock of 60 (43 balls, seven fours, two sixes), while Ajinkya Rahane’s 52-ball 67 for the Supergiants went in vain.

Yadav was in superb touch, despite losing the team's highly successful opening duo of Gautam Gambhir and Robin Uthappa inside the first three overs. Yadav, batting at No 3, kept attacking, and helped his team to 59 for 2 by the end of the Powerplay.

Dhoni introduced Rajat Bhatia right after the Powerplay, and the experienced cricketer pulled things back for the hosts. Just 22 runs came from the next five overs, with Bhatia bowling three of them, and getting the wicket of Shakib Al Hasan.

The likes of Yusuf Pathan (36 off 27 balls), Andre Russel (17 off 11 balls) R Sathish (10 from 8 balls) all made useful contributions to make KKR the favourites in the chase.
For Supergiants, it was their fourth successive loss, and puts them under more pressure now, going into their next game against Sunrisers Hyderabad in Hyderabad.

Earlier, Ajinkya Rahane’s 67-run knock was the backbone of the Supergiants innings. Rahane played a very similar knock to the one against RCB a couple of nights ago, when he scored 60 off 46 balls in an unsuccessful chase. Rahane hit boundaries with relative ease, while some of the other Supergiants batsmen struggled, especially during the first 15 overs. The Powerplay overs yielded the hosts just 31 runs, which was a bit of a setback.

Rahane and Steve Smith added 66 runs for the second wicket off 50 balls to set the platform for the big hitters. And the big hitters didn’t disappoint, with Thisara Perera (12 runs from 9 balls), Albie Morkel (16 runs off nine balls) and skipper Dhoni (23 not out from 12 balls) all making a contributions.

Supergiants added 60 runs off the last five overs. Dhoni plundered Morne Morkel for 17 runs in the final over off the innings, including two fours and a six. It looked a par score, but wasn’t quite enough in the end.

Maoist Center Chair calls for moving ahead hand in hand

KATHMANDU, Oct 17: Nepal has faced a 5-0 defeat against Kyrgyzstan in the ongoing AFC Futsal Championship 2018 Qualifiers on Monday. Read More...

Former Pakistan pacer Wasim Akram, who has been the bowling coach and mentor of Kolkata Knight Riders, will not participate... Read More...