One who has scored 16 goals for Nepal internationally
Sabitra Bhandari, 20, is a popular name in Nepali women’s football. She began her journey as a professional footballer in 2014 when she joined the Armed Police Force (APF). She plays as a striker for APF club and has represented Nepal in various international games. She was able to make headlines when she scored the highest number of goals in the 4th SAFF Women’s Championship which was held in Silguri, India. She netted six goals against Bhutan, five goals against Maldives and one goal against India, scoring 12 goals all together in the championship.
Sabitra is also the first Nepali woman footballer to score double hat-trick in a single international match. She grabbed this title in a match against Bhutan in the 4th SAFF Women’s Championship.
In conversation with Republica’s Prasansha Rimal, she shares five things many may not know about her.

Enjoys styling her hair
Although Sabitra is usually seen in short hairstyle, she enjoys styling it. She changes her hair color and her hair style from time to time and admires Cristiano Ronaldo’s changing hairstyle and even tries to keep up with it. Despite having a short hair ever since she was a child, she says this hasn’t prevented her from experimenting with her hair. She loves her short hair and wouldn’t stop experimenting and styling it for anything.

Loves to ride
Sabitra has always been interested to ride bikes. Although she doesn’t know how to ride a bike, she is currently learning with the help of her brothers. She wants to go for a long ride to Pokhara. Her favorite bike is Duke and although she is in a hurry to be able to ride a bike, she wants to utilize what she has and uses scooter to get to various places.

Fan of Real Madrid
Sabitra is huge fan of Real Madrid and gets inspired by Cristiano Ronaldo. Even though it’s difficult for her to follow their games, she tries to keep herself updated with their latest news. She can’t help herself but go through YouTube videos of their match. She admires the spirit of the team and their tactics.

Aimed to play for national team
Despite the fact that Sabitra didn’t get regular trainings to play football, she was actively involved in the sport in her village. She used to be part of local matches and play football with her brothers. She had always wanted play for the national team and wanted to represent Nepal internationally. She even played volleyball in school and says she would be a volley ball player if not for football. She now trains for three hours daily and has represented Nepal internationally in various games.

Friendly in nature
Sabitra says it’s easy for her to get along with everyone. She is frank and doesn’t keep her emotion to herself. She likes to share her opinion and feelings. She has a friendly relationship with her teammates and would love to stay in touch with her fans. 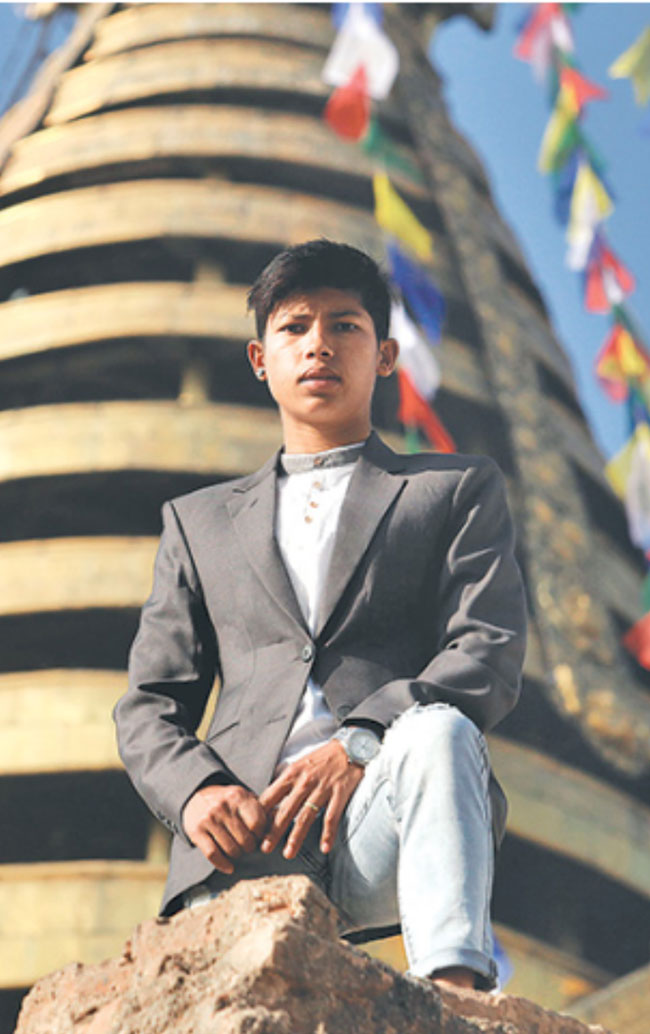 Rabindra Singh Baniya is a well known actor and producer in the Nepali film industry. He started his film career... Read More...