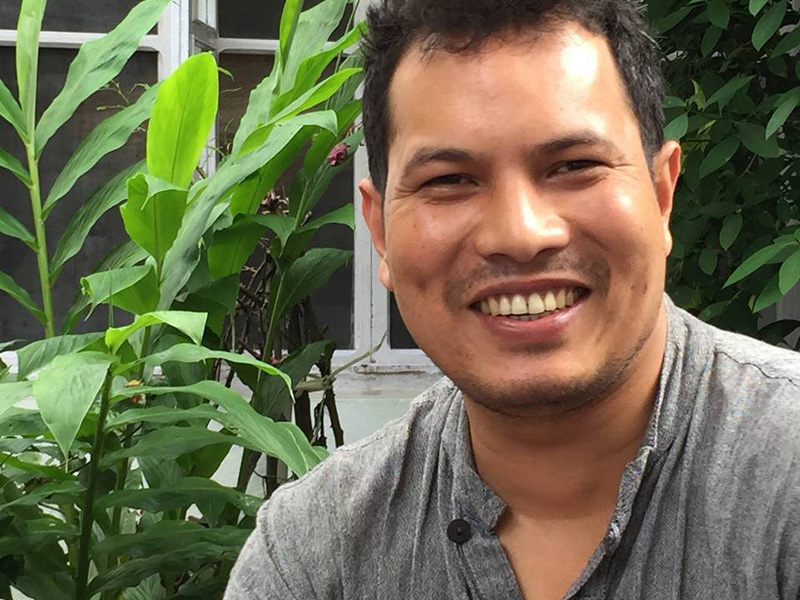 Buddhisagar Chapai is one of the prolific writers of Nepal. He initiated his literary journey writing gazals and poems at a very early age of 13. Rara Jalepachi, Hazarau Prithvi Hazarau Aakash are some of his published collection of gazal and poetry while Karnali Blues and Phirphire are his celebrated novels. Buddhi Sagar was also the winner of Rastriya Kavita Pratiyogita (National Poem Competition) and Rastriya Kavita Mahotsav (National Poem Festival) in 2001 and 2003 respectively. He has recently been working on his third novel which is soon-to-be introduced this year.
Buddhisagar shared the barely known five things about him in conversation with Republica’s Sonam Lama.

Loves spicy food
Among a different variety of tastes, Buddhisagar enjoys eating spicy foods. He is also fond of cooking for his family and friends. However, when he indulges himself in cooking, he ends up displeasing people with his extremely spicy tastes.

An enigmatic dreamer
Buddhisagar is a regular writer and ends up writing about 1000 words each day. When opting for the characters and story to write a book, he follows his dream directives. “I decide my characters and subject of my writing through a dream vision which is quite peculiar but it has helped me in creating my works.”

A candy crush addict
Candy Crush has always been Buddisagar’s favorite game. He completed level 325 and couldn’t play further but he remembers being obsessive about candy crush. There were times when he used to appear an hour earlier for work meetings and enjoy utilizing the time playing candy crush.

An ophidiophobiac
His extreme fear for snakes has frequently brought him sleepless nights. He believes his childhood accidents with snakes in his village in Kailali might be responsible for his fear. Since many deaths were occurred due to snake bites, the hearing of snakes makes his heart tremble.

Fond of hip-hop music and dance
When a hip-hop song hits his ears, he can’t resist himself from dancing. He completely enjoys watching Youtube dance videos at a regular basis. “I am fascinated of dancing in a deep bass music and can’t stop myself from dancing whenever a song is played.” he says.

Any discourse on Nepali literature would be barely complete without mentioning the works of celebrated litterateur Bhakta Raj Shrestha. He... Read More...

Rohit John Chettri became an overnight sensation with his breakout song ‘Bistarai Bistarai’ in 2013. Since its release, the song... Read More...