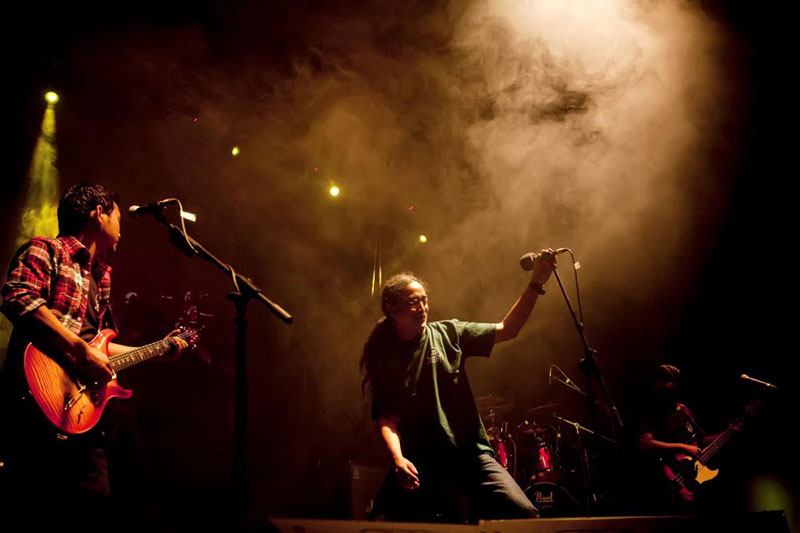 KATHMANDU, Feb 19: Famous Nepali band Nepathya is all set to give its next concert in Butwal.

According to Nepa-laya, Nepathya’s management company, the band will be performing at the premises of Kalika School on Saturday (February 25).

The upcoming ‘Music for Unity’ show is being organized by Butwal based ‘Yes Nepal’. “The show will benefit Abhiyan Nepal child home," said Santosh Tandan of the organizing team.

“We have been connected to Batauli through our songs and the current day Butwal through our past concert tours” recalls Nepathya front man Amrit Gurung.

“The venue of our Butwal concert (Kalika School) brings back nostalgia to me. During the conflict time, we had toured the nation as part of our Sundar Shanta Nepal, Travelling Peace Concert. In 2003, we had performed in Butwal at Kalika School premises,” he shared.

“It feels great to see the school which had benefited from the Butwal Concert in 2003, grow to this stature today.” he added.

Amrit will be accompanied by Dhruba Lama on drums, Suraj Thapa on keyboards, Subin Shakya on bass, Neeraj Gurung on Guitars and Shanti Rayamajhi on madal.

“While producing shows out of the capital, we have always been careful that cities outside Kathmandu are treated with the same technical excellence, said Kiran Krishna Shrestha of nepa-laya.

“The same production team from the recently held Tundikhel concert will be working for this show” he added.