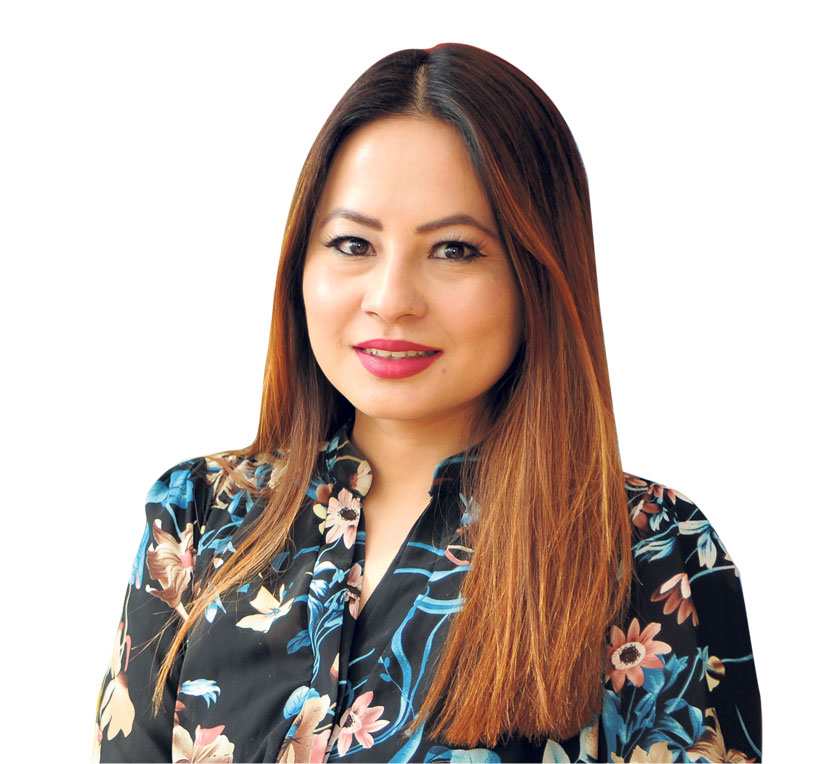 Dear Malvika,
I don’t like my boyfriend chatting to this particular girl secretly on Facebook and Viber. I had issue with this particular girl in past and now she is married. Their unexplained friendship bothers me as it reminds me of the past issue I had with her. When I talk to my boyfriend about this, he says that they are not close enough like before and he isn’t texting her these days and neither is she. But he is somehow always hoping for her whereabouts texts. I can’t tell him that these things bother me and ask him to totally cut off with this girl because I don’t want to be the ‘jealous girlfriend’ but can’t help myself whenever I feel they are enjoying each other’s company. What shall I do?

Trust issue is something that most couples go through. Especially in the world of social media, it is difficult to keep an eye on your partner. But at the same time, if he has openly assured you that there is nothing going on, then you should be able to trust him too. I am not sure as to how you have come to the conclusion that he still hopes for her texts. If you had been clear about that, it would have been easier. Chatting with people does not mean there is something going on. Of course if they were meeting secretly and you had found this out, then it would be an issue. Sometimes you have to let go and let your partner be. He is entitled to his freedom too. If you do not want to be the jealous girlfriend then start being positive about it. If next time he mentions something about her, just stay normal. I know it is easy to say but then you’ll have to start somewhere. And if it comes to a point where they meet, make sure that you are there too. Who knows you might change your mind about it.

Dear Malvika,
I am married with a two -year old daughter. My husband and I were friends for 4 years first and decided to get married later. We’ve been together for 10 years now and been through ups and down. He has done mistakes in past for which I’ve forgiven him. Now I think he is in relationship with someone else. I do not have the proof but I know he is talking to someone and it’s been nearly three years. I have caught him talking to this woman but he says it’s nothing. Our relationship is not going good. Our conversations always end up in an argument. I’ve been through depression and now I feel like I married a wrong person. I am 32 and feel like I should let him go and start my life over because I do not want to spend my life crying and worrying that he will betray me. I have talked to him about this several times and he always says that I am the best thing happened in his life. But it’s only on words and not in action. I want to be happy but don’t want to make any decision in rush because any decision I make will affect both our families, and more importantly my daughter. Can you help me regarding this?

I am so sorry that you are going through this. It makes me sad when I hear about relationships going sour, especially when it starts with friendship. People feel relationships that start with friendship would be more substantial than anything else. But no relationship is perfect. Everyone has some issue or the other. The difference here is that your issue is deep rooted. The past experience that you have had has made this relationship insecure. I feel like in Nepal, marriage is romanticised so much, yet when it comes to being in a relationship and keeping it secure, we lag behind a lot. All we hear from our parents is how they sacrificed and compromised a lot to be in the relationship.

But there are no talks about love, romance, motivation and communication. I am sure if you would even approach to your family about the possibility of a separation; they would be scandalised and talk you out of it, no matter how unhappy you are. So here is the deal. Take some therapy. Find a psychiatrist, go for sessions. Convince your husband that this is very important for your relationship. I have said it numerous times: there is no shame in going for therapies. Relationship doesn’t work one way. Both the partners have to make the effort. And right now therapy might be the answer before you decide to make a big decision.

Dear Malvika,
I am a 20-year old guy. I am really stressed these days. My parents always argue and my younger sister arrives home late than her usual school time. Few weeks ago, I found out that my sister had started smoking. I tried to counsel her thinking it was due to the situation between my parents. But one afternoon she showed up at home drunk , my parents were not at home so I took care of her. I think she has started doing this to get attention of my parents but I can’t talk to them about these incidents as they will only heat up their arguments. I am worried about my sister and my parents and feel that this stress is killing me. How do I solve this? Help me.

Young man, it is not healthy for you to take so much stress at this age. You have talked to your sister about her situation, yet she does not seem to change. So the only option at the moment is to come clean to your parents. When the children become older, the parents start forgetting that even though they might be adults, they are still their children.

Both of you still need guidance and support from them. Have a family meeting and be the mediator. Start the conversation with how you are stressed with the situation at home. Let them know that their arguments are having huge effects on both of you and that they need to straighten their act before it is too late. Even though they might be your parents, they are a couple too. They must be going through some issue which needs to be resolved. If it is hard for you then take some help from a relative that you can trust, and who would be able to put some sense into the situation. And don’t worry, I am sure they love you both and that they would do anything to make it right. I hope that everything goes well.

Dear Malvika,
I am one of those people who is not close to anyone. I have friends but I can’t seem to have what people call ‘best friend’. I don’t like to go to parties but would prefer to stay at home reading a book. This was not a problem until now as my job requires me to talk to lots of people, so I have to go these networking events which I don’t like. I love my job but it’s the networking part that stresses me out. How do I get out of this situation?

Being an introvert is not a crime. It is your basic characteristic. But when it starts affecting your job and your career, sometimes you will have no choice but to come out of it. As you are someone who loves reading books, do start reading self help books that deals with socialising and confidence. Log on to YouTube for personality development skills and how to socialise and boost your confidence. Nobody is a professional in networking from the beginning. It takes years to master the art. So here is the thing, take one step at a time. Start with one hour of networking sessions. Then two hours next time.

The first time, start talking to 2 to 3 people and go from there. And networking does not mean that you have to stay up late. It is a give and take situation. You help them with something and they help you with something. Always have the power to make sure that people get some benefit out of you. That way, sometimes you won’t have to reach out to people, they will reach out to you. And if you believe in your work, and are happy doing it, then it should be a great motivator for you.

Malvika Subba is a media personality, social activist and former Miss Nepal. She is also the CEO of Idea Studio Nepal.

Send us your questions to gennext@myrepublica.com with the subject line  “Gennext-Heart to Heart with Malvika” or post it on our Facebook page at facebook.com/gennextnepal

‘Love yourself before you love others’ ... Read More...

I am a 22-year-old woman currently living abroad. Me and my boyfriend work together. We have been together for almost... Read More...