'Listen to me, not your agent,' Mourinho tells sparkling Martial 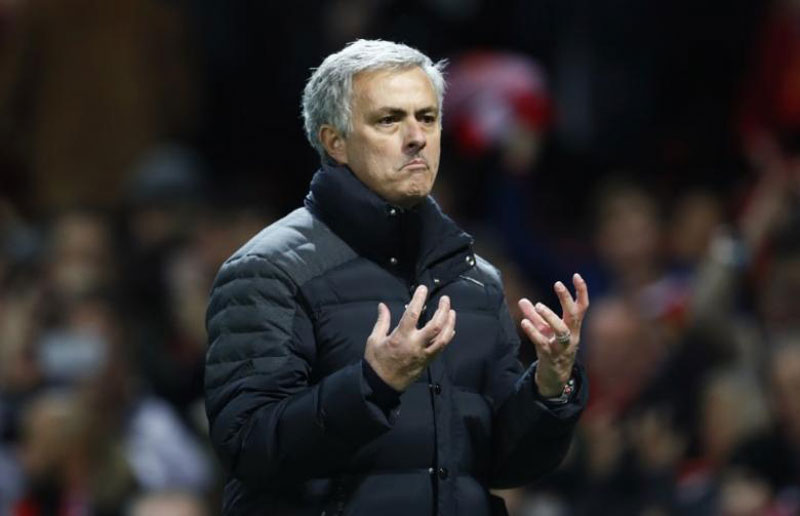 Manchester United manager Jose Mourinho urged Anthony Martial to resist the temptation to move away from Old Trafford after the Frenchman produced his best performance under the Portuguese coach in Saturday's stirring 2-1 win over Middlesbrough.

Martial was United's top scorer last season with 17 goals but has been limited to eight Premier League starts in his second campaign, leading to reports sparked by his agent that he was seeking a move away from Old Trafford, with Spanish side Sevilla touted as potential suitors.

The France forward was United's standout performer against Aitor Karanka's side, however, hammering the post from range in the first half and providing the cross for Zlatan Ibrahimovic to convert an effort that was disallowed.

Martial was a constant thorn in Boro's left side and seized the moment in the 85th minute by thumping Ibrahimovic's pass beyond Victor Valdes.

He also played a part in Paul Pogba's winner moments later before receiving praise from Mourinho as well as pointed advice.

"He played, he scored, he fought. I know he's a top talent, but he needs to listen to me, not his agent," the Portuguese coach told reporters.

Martial's recent absence from the team has been likened to Henrik Mkhitaryan's spell on the sidelines earlier in the campaign and Mourinho said Martial could learn from the Armenian international, who has developed into one of United's most influential players with three goals in December.

"I knew Mkhitaryan was a top talent and I was not playing him. Anthony has to listen to me in training every day. Every feedback I give to players, I give to improve them," added Mourinho.

"Almost every day, I was having Mkhitaryan's agent calling me and saying 'Mkhitaryan with you, will be a better player. Keep going'.

"And with Martial, every day I read the newspaper, saying Martial is going to Sevilla, Martial is going on loan, he's not happy. Martial needs to listen to me. He's a player with amazing conditions to be a top player."

How not to kill your indoor plants

Let’s admit it, many of us are guilty of having killed a plant or two. While there are those who... Read More...

Will China Be the Middle East’s Next Hegemon?
7 hours ago

‘No place for you’: Indian hospitals buckle amid virus surge
7 hours ago