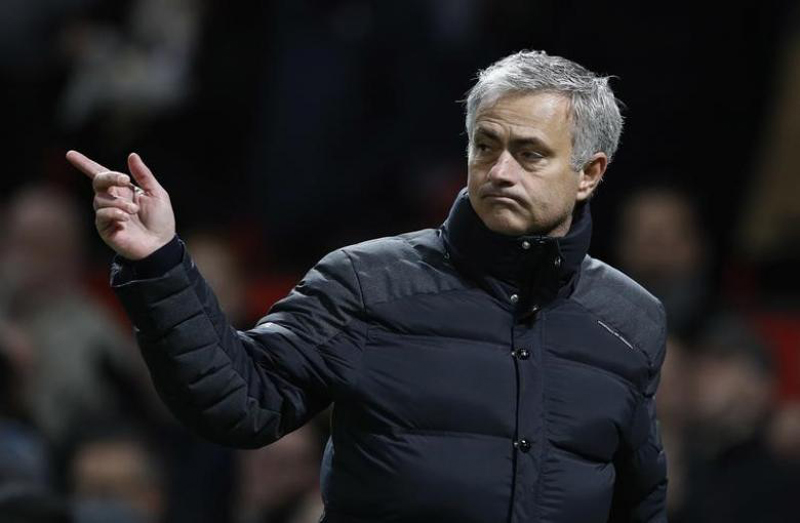 Manchester United manager Jose Mourinho is unlikely to give any first-team players a rest during the hectic festive schedule as he tries to keep his side in touch with the Premier League leaders.

United are sixth in the table, four points behind fourth-placed Arsenal and 13 behind leaders Chelsea going into Saturday's home game against Middlesbrough.

"Middlesbrough is the next game and the next game you play to try to win," the 53-year-old told reporters on Friday when asked whether he would change his starting line-up.

"So against Middlesbrough we are going to think about Middlesbrough and try to choose the team that gives us guarantees and chances to win the match."

Following a mixed start to the season, United have won five successive games in all competitions, closing the gap on the top four and qualifying for the Europa League knockout stages.

"The momentum of playing well comes from long time ago. It's difficult for me to remember the last match where we didn't play well," Mourinho added.

"In this moment we need points. So let's try to get three more at home at Old Trafford for our fans. It is a good day to play football, the last day of the year, so let's try."

Mourinho will be without captain Wayne Rooney, who missed Monday's win over Sunderland after picking up a thigh injury in training while left back Luke Shaw could return on the bench.

"Luke is training now with the team without any problem, but I don't think he is ready to start the game," Mourinho said.