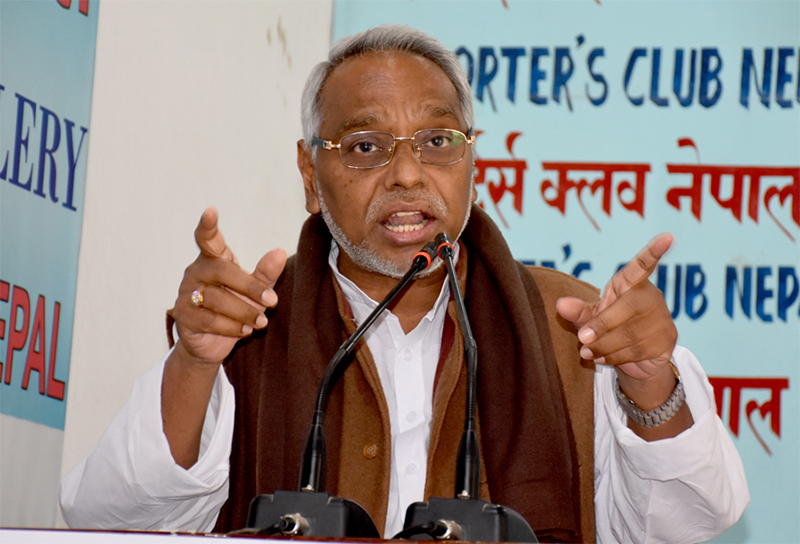 KATHMANDU, May 11: Senior leader of Rastriya Janata Party Nepal  (RJPN) leader Rajendra Mahato has warned that his party will not allow local-level elections in the Tarai region if the constitution amendment bill were not amended by May 18.

Speaking an interaction organized by Nepal Reports Club in the capital on Thursday, RJPN will not take part in the elections if the constitution amendment bill were not amended by May 18, cases filed against the Madhesi cadres were not withdrawn, and the number of local level units were not increased.

“The government has to create conducive environment for the local elections. To do so, it has to implement the three point agreement inked with the Madhesi Morcha,” said Mahato.

He further said that thousands of Madhesi cadres have sacrificed their lives to ensure their rights in the constitution. It is necessary to amend the constitution even to fulfill their dreams.

We have no plans to disrupt the first phase of local-level election slated for May 14. However, we are against it, he said.

He said the RJPN will announce further protest programs if the constitution were not amended by May 18.