Photo courtesy: RSS/MoFA/Delegation of the European Union to Nepal

KATHMANDU, Nov 8: The 11th meeting of the Joint Commission between Nepal and the European Union (EU) is currently underway in Kathmandu. 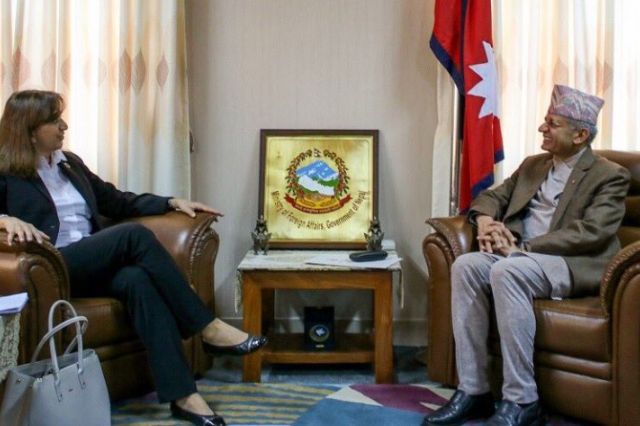 "The two sides will take stock of overall aspects of the bilateral relations between Nepal and the European Union including cooperation in the regional and multilateral issues of mutual interests," read a press release issued by the Ministry of Foreign Affairs (MoFA).

Foreign Secretary Shanker Das Bairagi and Deputy Managing Director for Asia and the Pacific of the European External Action Service (EEAS) of the EU Paola Pampaloni are leading their respective delegations to the meeting.

During the ongoing meeting in Kathmandu, the EU delegation briefed Nepal on its new initiative called Connecting Europe and Asia Strategy, according to officials who are participating in the meeting. 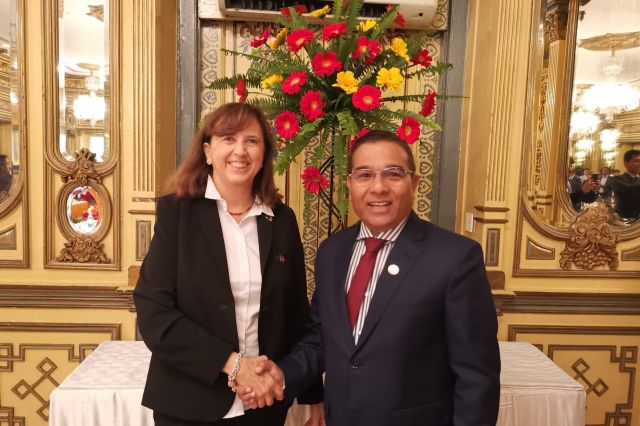 Earlier in March this year, the European Union had said it wished Nepal to be not only its development partner but also a political partner.

The EU is also trying to expand its influence in Nepal as major global powers the United States and China are jostling for influence and trying to align it in their strategic ambit in one way or the other, foreign policy experts say.

The visiting EU delegation called on Minister for Foreign Affairs Pradeep Kumar Gyawali this morning and briefed on the same strategy. 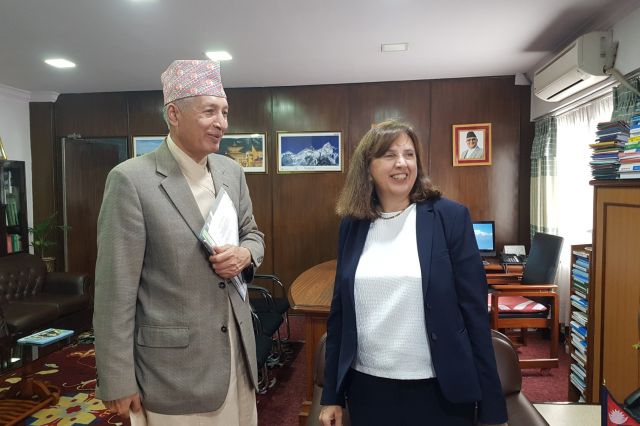 During the meeting with the finance minister, the two sides discussed the EU's ongoing support to Nepal. EU has committed €33 million for the Provincial and Local Government Support Program (PLGSP), and € 22million for the ongoing Multi-Sector Nutrition Plan, according to the Delegation of the European Union to Nepal.

During the meeting with Bhattarai, the EU delegation discussed the recent political-economic updates. The head of the delegation briefed on the EU's Connecting Europe and Asia Strategy, with sustainable transport, energy and digital networks, and people-to-people connectivity at its core, according to the Delegation of the European Union to Nepal. 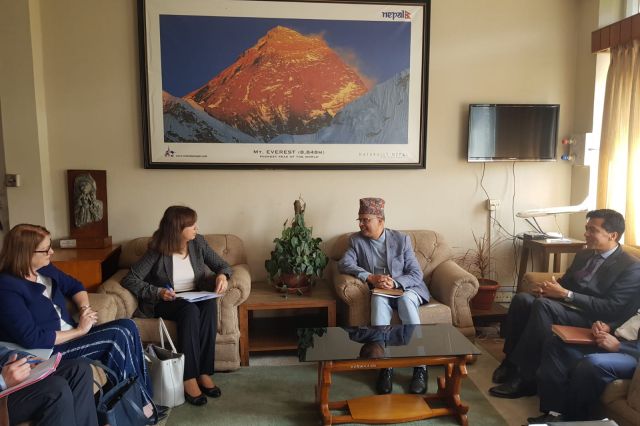 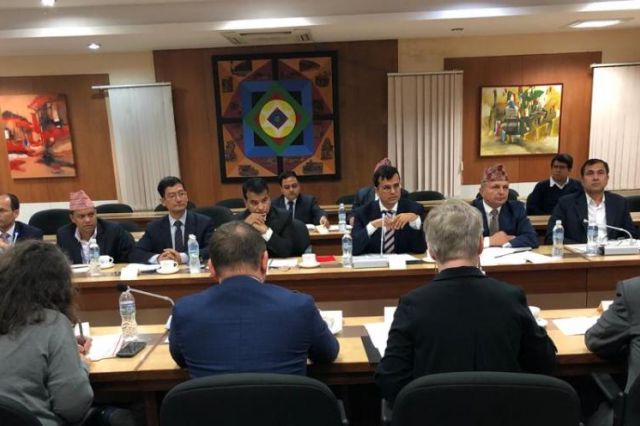 The Delegation of the European Union to Nepal stated that the meeting reviewed ongoing EU–Nepal cooperation, recent milestones, EU commitment to support Nepal after LCD graduation, opportunity to intensify the political dialogue. 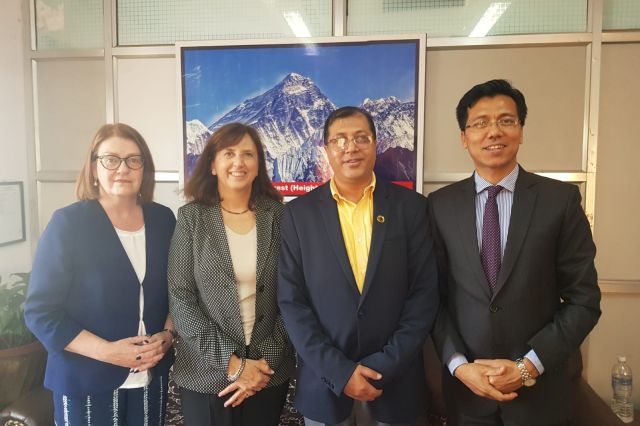 The meeting also discussed the future course of action for an enhanced level of partnership and increasing the effectiveness of the development cooperation, according to MoFA.

What is the EU's Connecting Europe and Asia Strategy?

The EU has made several efforts to step up its ambitious Connecting Europe and Asia Strategy which was unveiled in September 2018. The strategy has put the trans-regional transportation connectivity networks at its core like the Belt and Road Initiative proposed by China.

A joint communication issued by the EU in 2018 set out the EU’s vision for a new and comprehensive strategy to better connect Europe and Asia.

"The Joint Communication builds on the European Union’s own experience of enhancing connections between its Member States, with and in other regions. With sustainable, comprehensive and rules-based connectivity at its core, the Communication will help to guide the EU’s external action in this field and is a part of the implementation of its Global Strategy," read the strategy issued by the EU.

“Connectivity is the way to the future. The more connected we are, the more opportunities we have – to find common political solutions and to bring economic prosperity to citizens”, said High Representative/Vice-President Federica Mogherini. “Our approach is the European Union’s way: to establish stronger networks and strengthen partnerships for sustainable connectivity, across all sectors and based on a respect for common rules. This is the European way to tackle challenges and take opportunities, to the benefit of people in Europe and in Asia as well.”

Transport infrastructure is the lifeblood of EU-Asia connections, carrying both people and goods between the continents, on the wings of digitalization and decarbonisation, according to EU.

The EU has a plan to create transport links, energy and digital networks and human connections, offer connectivity partnerships to countries in Asia and organizations, promote sustainable finance through utilizing diverse financial tools.

It has also plan to develop efficient infrastructure and connections and create growth and jobs and enables people and goods to move.

"From transport links to energy networks, people-to-people contacts to digital webs, the EU will extend its own networks and to contribute to new ones beyond its borders," the EU stated.

Who is to blame?

When relations between the two states deteriorate due to various reasons, dialogue is a tool to bring them back on... Read More...