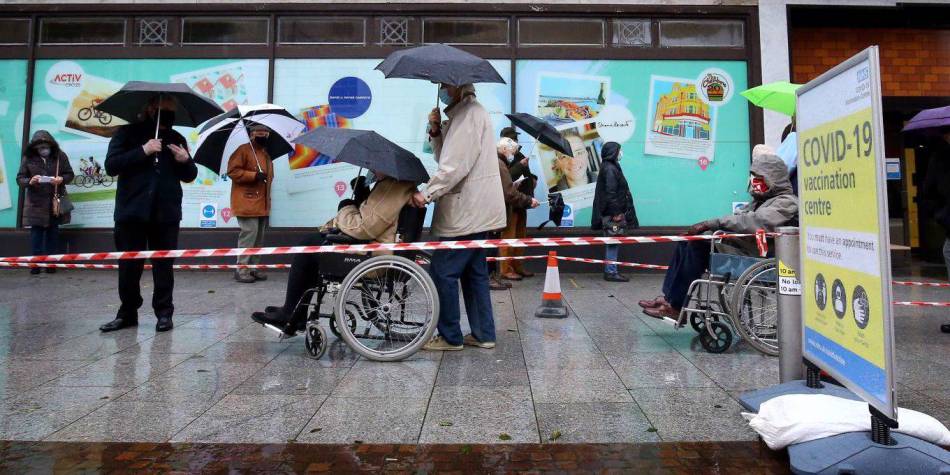 COVID-19 crisis has accelerated Asia’s global rise in terms of relative economic growth, with China driving the region’s ascent. The contrast between China’s governance structure and that of Western democracies will thus become an even bigger issue for many leaders than it already is.

LONDON – It is probably premature to offer an assessment of the COVID-19 pandemic’s possible consequences, not least because there may well be many more twists and turns to come. And once we defeat the coronavirus, some of the pandemic-induced changes to our lives might turn out to have been temporary. But with these caveats in mind, it is possible to begin drawing some conclusions.

First, it seems reasonably clear that once a new, highly infectious and dangerous virus appears, it pays to act aggressively to stamp it out as soon as possible, rather than wait and hope that we learn more. More than a year after the initial COVID-19 outbreak in China, many of the (mostly Asia-Pacific) countries that took the most aggressive steps to tackle the coronavirus seem to be in a much stronger position than the West.

Recently, for example, Western Australia reacted to a single COVID-19 case by locking down the city of Perth for five days. Here in the United Kingdom, by contrast, the clamor to reopen resurfaces as soon as there is evidence that current hospital admissions and reported deaths have passed a peak, even though the daily rate of new infections is well above 15,000. Ending lockdown is obviously desirable, but as the UK has learned, any easing of restrictions will be temporary unless the number of active cases declines dramatically.

Second, some countries are vaccinating their populations faster than others. Early leaders include the UK, which partly explains the loud calls to ease the lockdown. Initial evidence suggests that the COVID-19 vaccines are not only helping to reduce the scale of serious illness, but also reducing transmission. This could turn out to be spectacular news, and—if stronger signs of the vaccines’ efficacy emerge—mark the beginning of the pandemic’s end. But if governments lift lockdowns too soon, the risk of new coronavirus mutations resistant to current vaccines will increase.

Third, although the first approved COVID-19 vaccines were adapted from research already underway for other purposes, the pandemic may well permanently improve the entire vaccine development process, from research to clinical trials and regulatory approval procedures. If so, this should help us to combat future variants as well as new pandemics.

The pandemic may also boost the pharmaceutical sector’s overall efficiency and productivity (as opposed to its profitability). So, perhaps drug firms will also be able to develop new antibiotics far sooner than conventional wisdom would have us believe.

Fourth, the COVID-19 crisis has shown that governments can spend a lot more money without upsetting markets than most people thought. Although high and increasing levels of government debt have raised huge questions, the fact that financial conditions have remained so benign—with bond markets, in particular, seemingly untroubled—raises the possibility that governments can be more fiscally ambitious than many believed.

This could have profound consequences for economic-policy debates, ranging from whether the eurozone should scrap its fiscal rule limiting government debt to 60 percent of GDP to whether governments should maintain a permanent presence in some sectors where they previously were absent.

For example, it seems obvious to me that we need a major overhaul of government expenditure accounting that results in a clear distinction between investment and consumption (or maintenance) spending. If government investment spending is a source of future private-sector economic growth, especially in areas with a large positive multiplier, this crisis has demonstrated the silliness of treating all government spending equally. This applies to aspects of health and education in particular, but to many other areas, too—including how governments try to tackle climate change.

Crucially, governments must also play a bigger role in ensuring that all citizens have access to digital technologies (in the same way that they should ensure universal access to education and health care). Unless everyone has access to technology, major national initiatives, such as COVID-19 test-and-trace schemes, are unlikely to succeed.

Fifth, whatever the post-pandemic norm for remote work may be, work habits are set to become more flexible. This will have a host of positive consequences, including much less time wasted commuting, less pressure for conventional transport infrastructure upgrades, larger and more “liquid” labor markets, and perhaps even a rise in productivity.

Sixth, the crisis has accelerated the shift toward technologically enhanced tools, especially for consumers, thereby casting doubt on the future of many brick-and-mortar retailers. Policymakers will therefore presumably need to rethink some aspects of taxation, including finding new sources of revenue from online businesses. This might allow many traditional retailers at least to have a fairer chance of playing a continuing role in our shopping habits.

Seventh, the function of urban real estate, especially perhaps in large conurbations, will need to adapt. This will require new ideas about the spatial relationships between offices, shops, and homes, as well as about transport. The idea of flexible and shared office spaces may well become embedded into the next generation of workers.

Finally, the COVID-19 crisis has accelerated Asia’s global rise in terms of relative economic growth, with China driving the region’s ascent. The contrast between China’s governance structure and that of Western democracies—in terms of both global governance arrangements and managing bilateral relations—will thus become an even bigger issue for many leaders than it already is.