Relay hunger strike in Nepalgunj in support of Dr KC 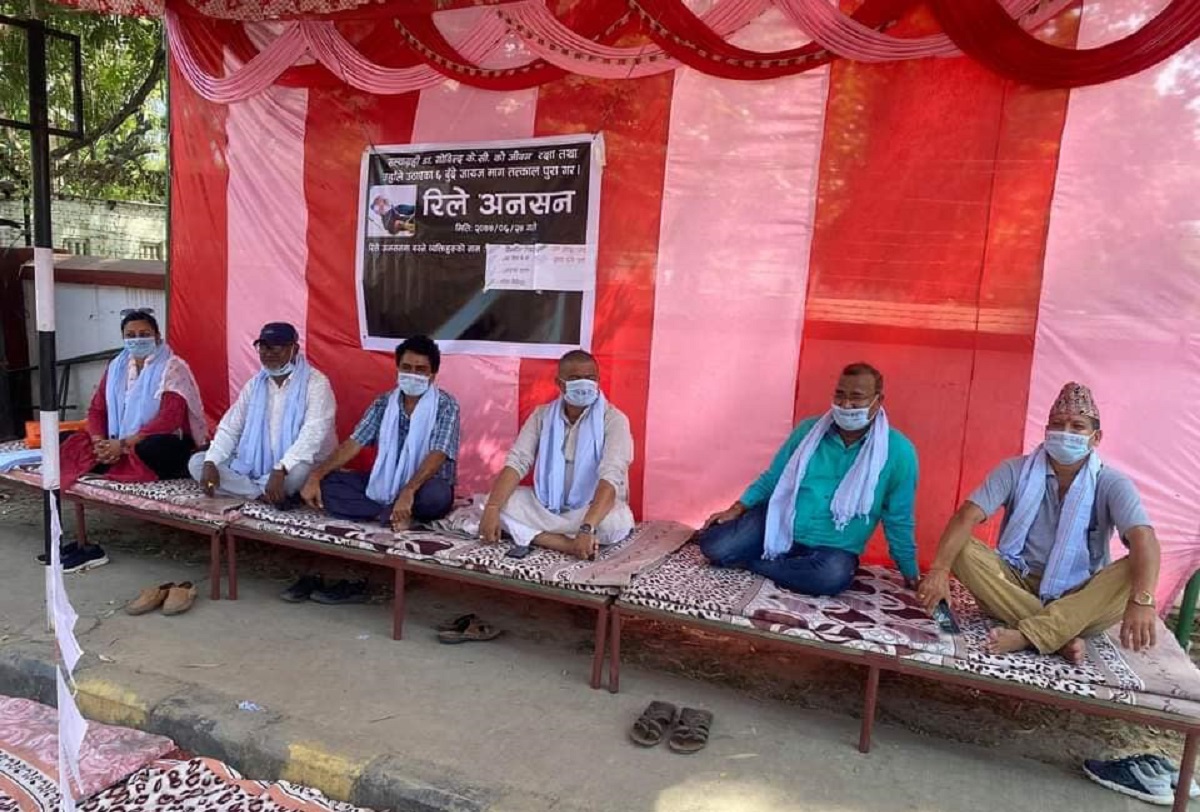 NEPALGUNJ, Oct 10: Civil society activists in Nepalgunj have started a relay hunger strike to express their solidarity with senior orthopedic surgeon Dr Govinda KC and exert pressure on the government to address his demands.

Coordinated by the Civil Society, Banke, the strike kicked off at the main entrance of the Banke District Administration Office on Saturday. “The strike begins at 10 AM and lasts till 5 PM. It will continue until the government fulfils Dr KC’s demands,” said Bishwajit Tiwari, an advocate attending the program. He argued that the government does not seem to be serious about addressing the issues raised by Dr KC and saving his life.

Dr KC, who started his 19th hunger strike from Jumla earlier on September 14, is currently at the Tribhuvan University Teaching Hospital (TUTH). He has put forward a 6-point demand seeking reforms in the country’s medical education sector. Although the health of Dr KC has already deteriorated, the government has shown apathy toward fulfilling his demands.

The talks between the government and the representatives of Dr KC held on Friday failed after Minister for Education, Giriraj Mani Pokharel allegedly turned down some of the key agreements reached between the talks teams of both the sides.

At the heart of the dispute between the two sides lies an arrangement to appoint office bearers at the Institute of Medicine (IOM), Tribhuvan University. The talks team of Dr KC has demanded that the government agree to amend the existing laws and establish criteria to ensure that the appointments of IOM Dean and other office bearers are made strictly on the basis of seniority — something the government side does not appear to be comfortable with.

The talks teams of both sides on Thursday itself had reached a tentative agreement on all six demands put forth by Dr KC, who has been staging a fast-unto-death protest for the past 27 days. But the government talks team coordinator Gopinath Mainali, who is also the secretary at the Ministry of Education, wanted to receive Minister Pokharel’s nod before reaching a formal agreement.