10 injured as clash erupts between two Muslim groups over Namaj 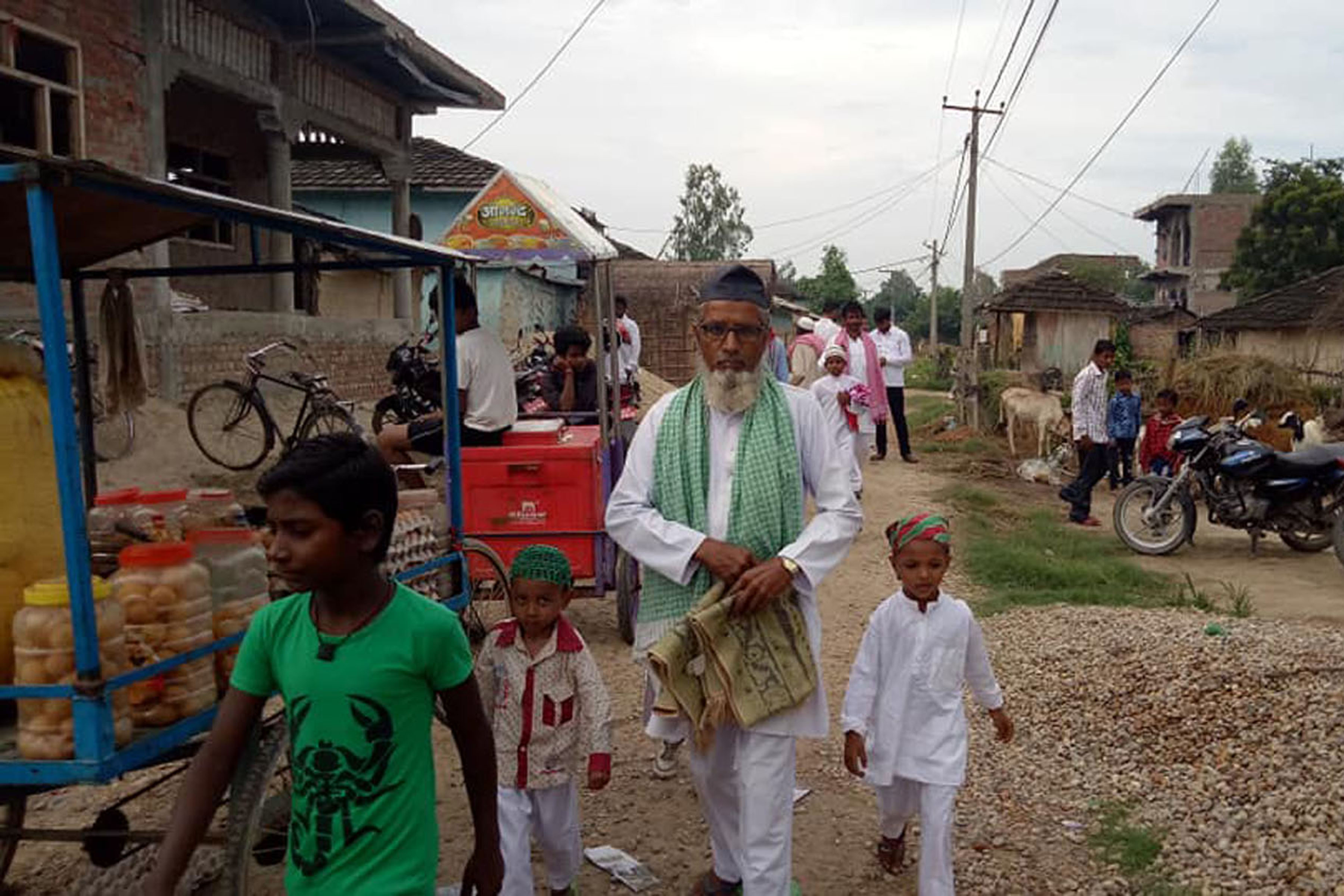 Muslims head to mosque on the occasion of Bakar-Eid. Photo Courtesy: RSS

MAHOTTARI, Aug 22: Police fired two air rounds to control two groups of Muslims who had a fit while praying on the occasion of Bakar-Eid at Mahadaiya-Tapanpur-3 of Loharpatti municipality. During the clash, 10 people were injured. The clash erupted over who would first read the Namaj and make offerings.

The incident has further been tensed after the police fired shots, according to DSP Khagendra Bahadur Khadka, chief of District Police Office.

Four of those injured are critical and have been referred to Janakpur Regional Hospital. The remaining six are undergoing treatment at local health facility.

Muslims have always been divided at Mahadaiya-Tapanpur. According to the police, both groups had reached an understanding to celebrate Eid peacefully yesterday. However, they made a fit over who would read the Namaj first.

"The debate led to a clash. A team from Area Police Office, Lohar was immediately dispatched to the site. They were forced to fire air shots to control the situation," DSP Khadka said.

As the situation continues to be tensed, the District Police Office has deployed more personnel under police inspector's command.

Jha couple, missing for a month, found buried beneath the under-construction road

LAHAN, March 25: A couple who had gone missing some one month ago was found buried beneath the under-construction road... Read More...