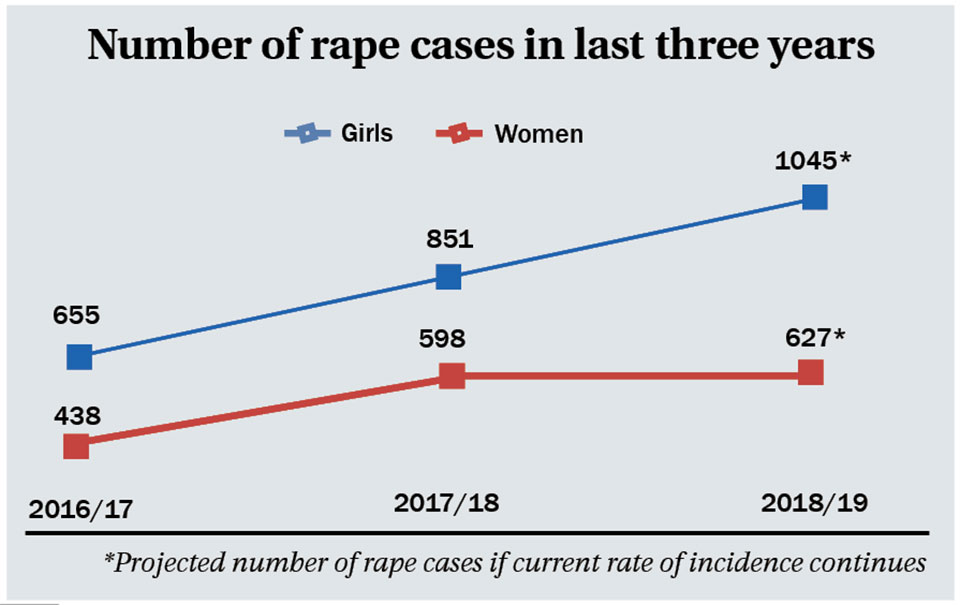 KATHMANDU, March 16: Rape cases have continued to rise across the country despite heightened security and social awareness campaigns in recent months.

According to Nepal Police spokesman Senior Superintendent of Police (SSP) Uttam Raj Subedi blamed “growing social aberrations” for the rise in rape cases. “Due to growing social deviances, cases of rape, theft and alcoholism have increased.”

Subedi also attributed to the higher number of rape cases to growing practice of registering rape complaints with police. “Previously, rape victims would not come forward fearing social stigma but that is gradually changing,” he said.

Nepal Police told Republica that it has been running awareness campaigns at schools on personal safety.

Truth is a process
13 hours ago

One dies, another gets injury with electric shock
7 hours ago

Is the 8.5 pc growth target achievable?
14 hours ago