POKHARA, Dec 5: Around 70 percent of tourists visiting Nepal travel through different trekking trails in the country. Nepal is one of the major destinations for trekking. During the favorable season trekking trails of the country are jam-packed. September to November is considered as the best season for trekking. In the past few years, domestic tourists have also started to trek and the numbers of trekkers are on the rise.

Trekking trails of Gandaki Province are famous all across the world and have been able to attract an adequate number of tourists. Some of the trails are operated throughout the year while others are used only during the trekking season. According to the local tourism entrepreneurs, trails of Upper Manang and the  Nar-Phu trail are operated throughout the year. These trails are operational because of less rainfall in the region. However, it’s not an easy task to reach the destination. 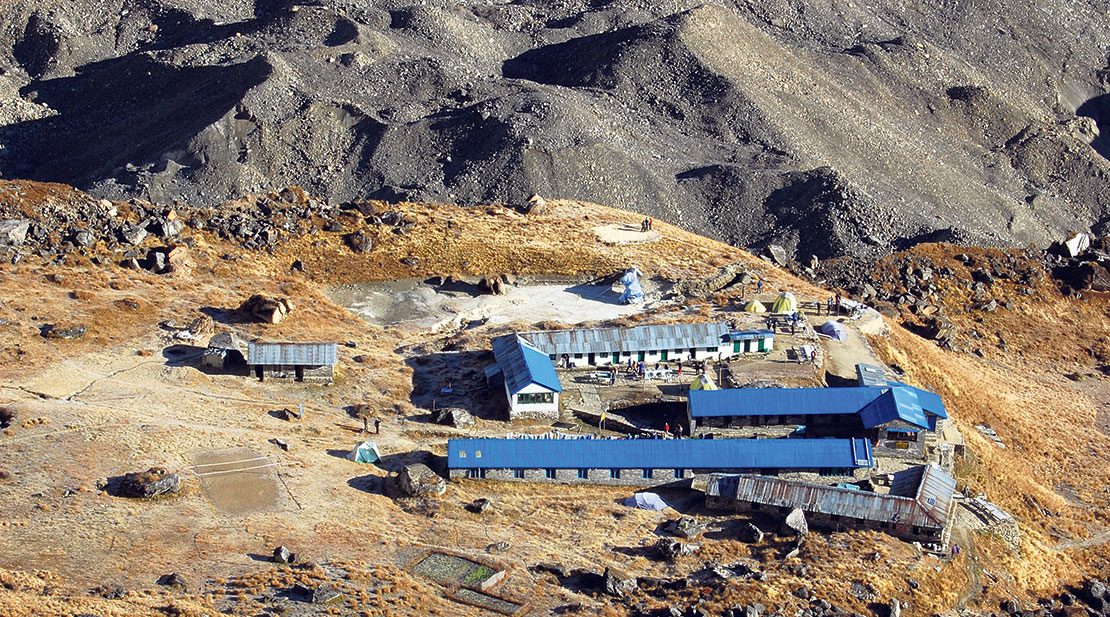 Landscape branding of Annapurna
The Annapurna premise is a famous trekking trail of Gandaki Province. It is a famous trail globally.  Around 100,000 tourists visit the trail every year. The trail starts from Besisahar in Lamjung and runs through Manang and Mustang. This lengthy trial ends at Myagdi. Earlier, it took 21 days to trek through the trail. But construction of infrastructures in upper Manang has narrowed down the time limit to merely a week now.

Internal tourist can complete the trail within five days. The border of Manang and Mustang is considered to be the most difficult part of the trail. Former president of Trekking Agency Association of Nepal (TAAN), Western Nepal, Deepak Raj Adhikari stated that the trail is famous all around the world. Geographical condition, varied biodiversity, breathtaking landscapes and lifestyle of the villages in the trail are its special attractions. Adhikari said, “The trail is recognized as one of the adventurous trekking trails because of its geographical distribution.” The trial has been able to attract an avalanche of tourist as it is extended to Tilicho Lake and Muktinath Temple. “Cultural, adventurous and traditional significances are the identity of the destination, “said Adhikari. 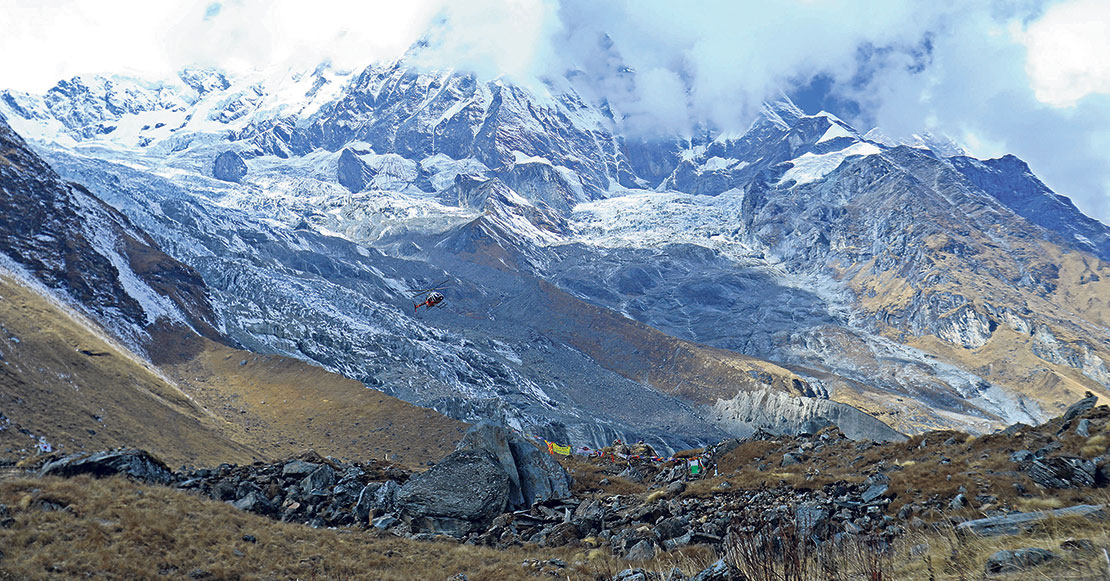 Beautiful base camp of Annapurna
It takes two hours to travel from Annapurna base camp to Machhapuchhre base camp. Before the motor roads were constructed, it took 12 days to reach the Annapurna Base camp from Pokhara. Now tourists can easily return to Pokhara in a week’s time. According to Som Bahadur Thapa, former president of TAAN, tourists can enjoy the views of mountain range, water fountains, forests and wildlife. Thapa claimed that tourists prefer to visit the trail as base camps of two famous mountains can be visited in two hours. The route can be reached via Myagdi and Kaski. Different sections of the trail give opportunity to experience different thing, which makes it famous. 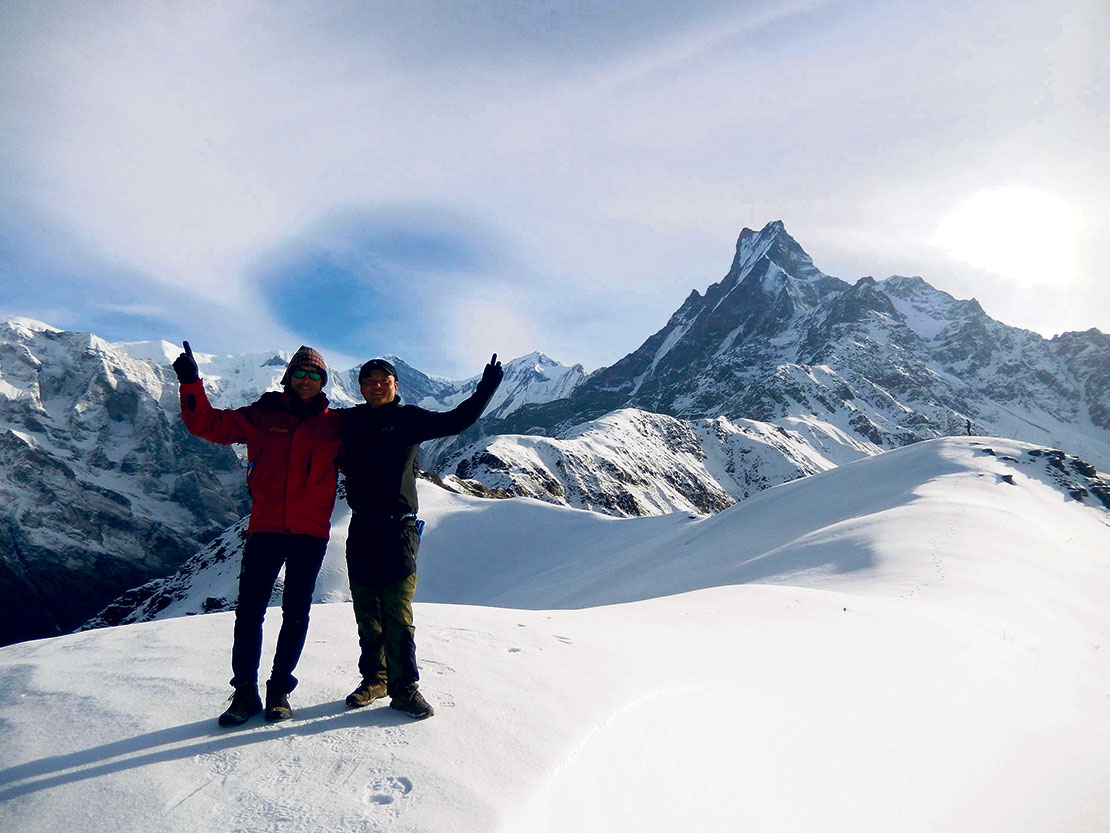 Mardi: An easy way to visit mountains
Mardi is the easiest way to visit the mountains from Pokhara. The trail allows visitors to reach the altitude of 4500 meters. This is the best trail to enjoy in the shortest time possible. The trail is the most preferred route amongst domestic tourists as well. The trail can be reached from Hemja in Kaski, Dhitaal, Dhampus and Australian Camp. All these ways are connected at a common spot called Siding. The trail touches the Annapurna Base Camp as well. That’s why some of the tourists visit Annapurna Base Camp after completing Mardi trek.

Former president of TAAN, Adhikari said, “The route has become famous among national tourists as well.” after traveling 3900 meters on the trail, no community can be found. The tradition and lifestyle of people are some of the identity of this trial. 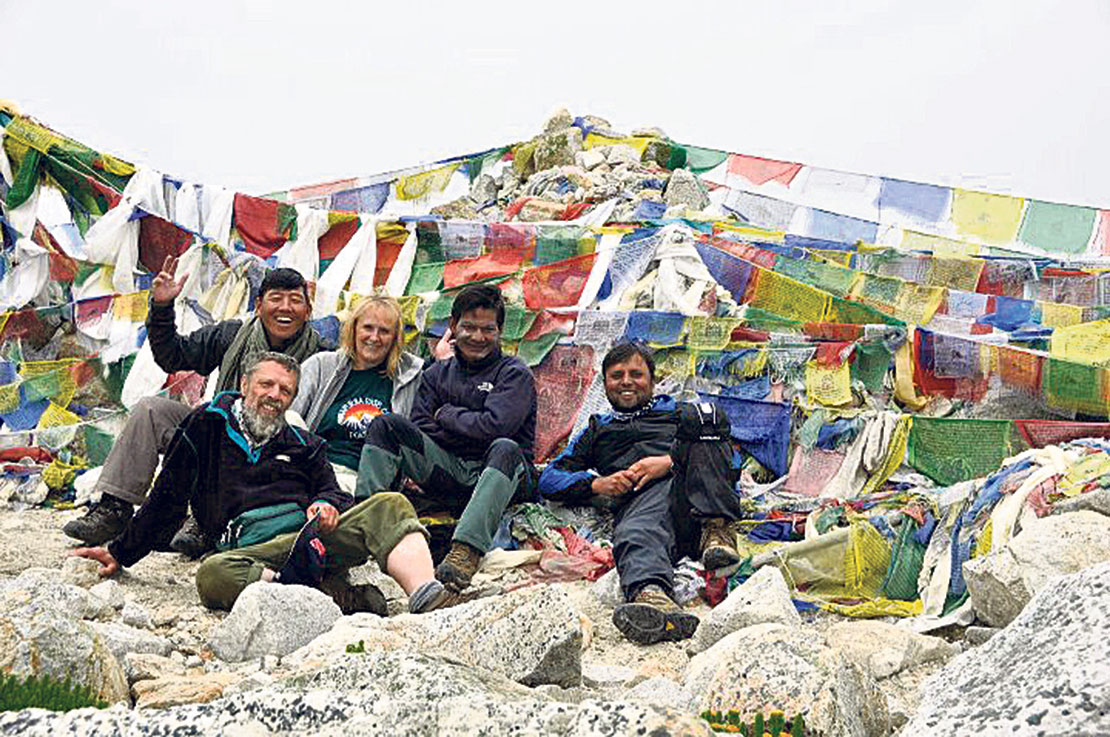 Killer Mountain Manaslu
It is one of the famous trekking trails of the Gandaki Province. The trail starts in Aarughat, Gorkha. The trail touches the upper part of Tibet as well. The journey of the trail takes 18 days to complete. Tourists of the trail can visit Annapurna premises after visiting upper Gorkha. Unique culture, suspension bridge, biodiversity, geographical structures are some of the major attractions of the trail. “The Journey to Manaslu Mountain is quite challenging. It kicks off at an altitude of 600 meters.  The base camp lies at 7300m. The trail touches the remote areas which makes trekking in the trail more difficult”, stated Adhikari. The tourists visit the mountain for adventurous journeys. Pangkar Lake also lies in the trail. The lake is surrounded by a number of mountain ranges. 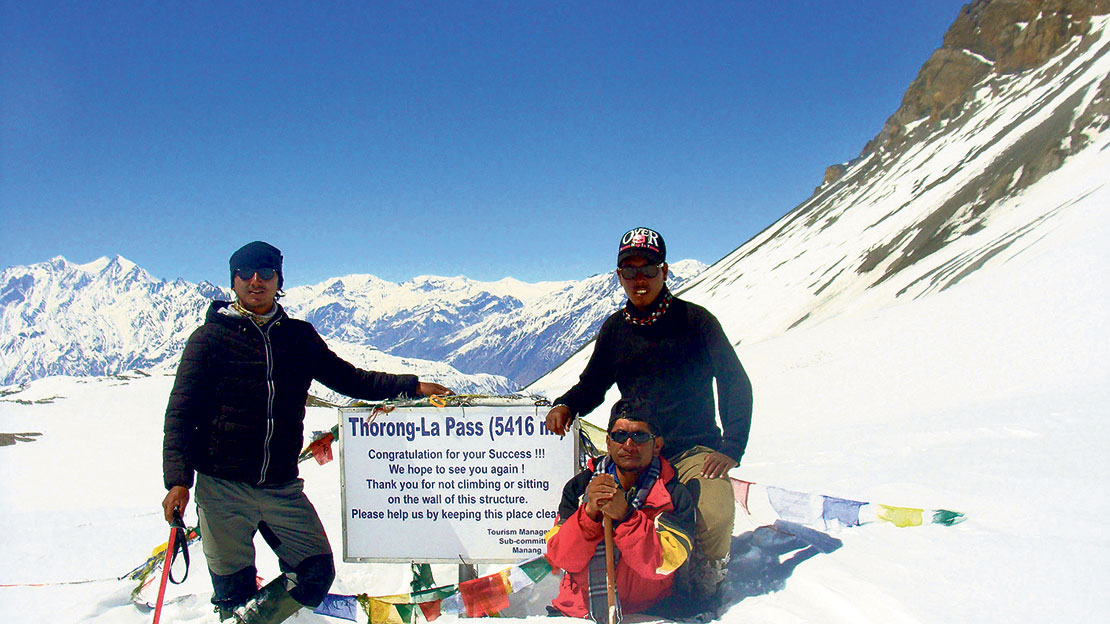 Nar-Phu and Lomanthang
Nar-Phu of Manang and Lomanthang of Mustang can be reached in the monsoon as well. Despite lesser rainfall, the journey to this trail is not easy. Tourists should travel through Chaame in order to visit Nar-Phu. The journey from Besisahar to Chaame is not easy either. Chaame lies on the way to Nar-Phu. Lomanthang is another major tourist destination that is operated throughout the year. Lomanthang also receives less rainfall. Adhikari said, “Nar-Phu and Lomaanthang trails are operated throughout the year because of less rainfall in this region.”