Traditional artist Rajkumar Shakya, proprietor of On Metal Arts and Crafts, who is known for his creation of masterpieces of monumental proportion is no more. He died on Sunday due to complications from Covid-19. He was in his mid 50's.

He was one of the prominent sculptors who maintained and magnified the traditional Newar practice of repousse metalwork. Within the country, using similar techniques, he had built various monumental structures such as three huge prayer wheels (mane) at Swayambhunath; two similar prayer wheels at Bouddha; Torans at Ganesh Mandir, Chetrapati; Gajur at Ganesh temple, Old Thimi; the golden naag around the Shiva Linga at Pashupati temple, Pashupati; golden Mandala at Guheshwori, 29 ft Gajur at Pokhara’s Shanti Stupa; Tibetan-styled Chaitya at Kapan Gumba; and a 10-ft-tall statue of Padmasamva at Tokha.

His works can also be found in Bhutan, Japan, South Korea, France, Italy and America. At the World Expo held in Germany in 2000 and World Expo in China in 2010, all the metal works on display at the Nepal pavilion were designed by Rajkumar.

A 155-ft-tall statue of Guru Padmasambhava in Bhutan is also his latest work of art abroad. 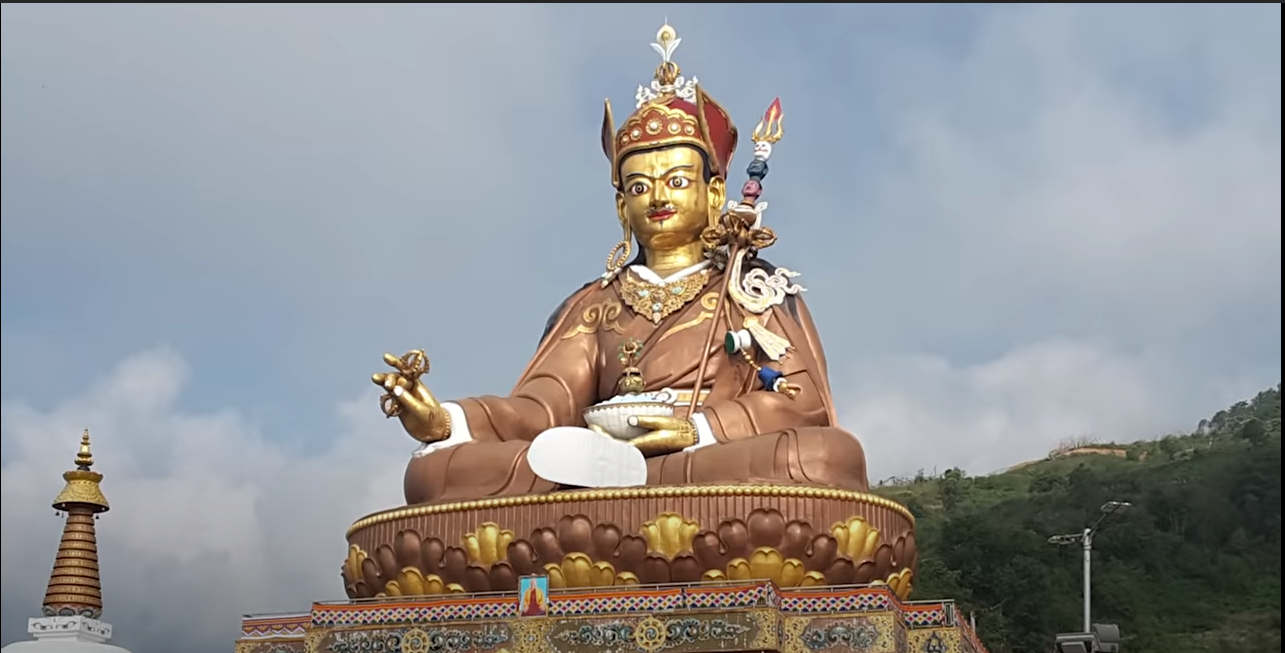 Artist Sheelasha Rajbhandari wrote on her Facebook account saying, "Hailing from a long line of sculptors, an ancestry that can be traced all the way back to Kublai Khan’s court, Rajkumar dai always sought to employ as many artists as he could, sincere in his creation of community and support network for artists. His monumental sculptures are cultural testimonies of the confluence of spirituality, art and engineering that are often relegated as a relic of the past. His works and initiatives can be found and felt all across the country, as well as abroad."

Likewise, another artist Maureen Drdak wrote on her Facebook account stating, "Nepal--and arguably the planet--have suffered the loss by Covid of two great Masters of traditional arts, Rudra Raj Shakya (May 12th) and his celebrated son Rajkumar Shakya of Patan, Nepal (June 5th). No words suffice to express my grief. Father and son maintained and magnified the traditional Newar practice of repousse metalwork, for which their nation is justly universally famed. Rudra Raj preserved the practice in the teeth of national upheaval and apathy, and lived to see his son, aided by his gifted brothers, create the largest repousse colossus in the world, taller than America's Statue of Liberty. I was blessed and privileged to have known them and worked with them under Fulbright aegis; Rabindra Shakya, brother of Rajkumar is my guru. What follows is a visual collection of my memories of both men and their family, to whom my heart goes out in this moment of profound grief."