At long last, jury gets closing arguments in Depp trial

Sikkim-based singers Bimala Century Pradhan and Anjali Pradhan joined Thatal on the stage and lent vocals to Thatal’s songs. Despite being invited as a musician who will only play the compositions, Thatal could not turn down her audience’s request and finally also sang the songs.

At the event, Aavaas shared some of his moments with the legendary musician; right from meeting Thatal for the first time to how much her music affected him. He even compared Thatal to Malati flower with and named her Sangit Mallika (Queen of Music).

Shanti Thatal and the team was joined by Sandesh Maharjan on tabla, Balaram Samal on flute, Dinesh Regmi on keyboards, Suraj Pradhan on guitars and Sundar Maharjan on percussion.

This edition of Paleti will end on Sunday. Tickets are available on Nepalaya and Paleti’s social media accounts. The tickets can also be bought from www. thrupai.com

Nepalaya introduced Paleti to respect musicians on their contribution toward the Nepali music scene. Paleti’s first edition was organized in 2005. Since then, over  50 music icons have performed on Paleti’s stage. 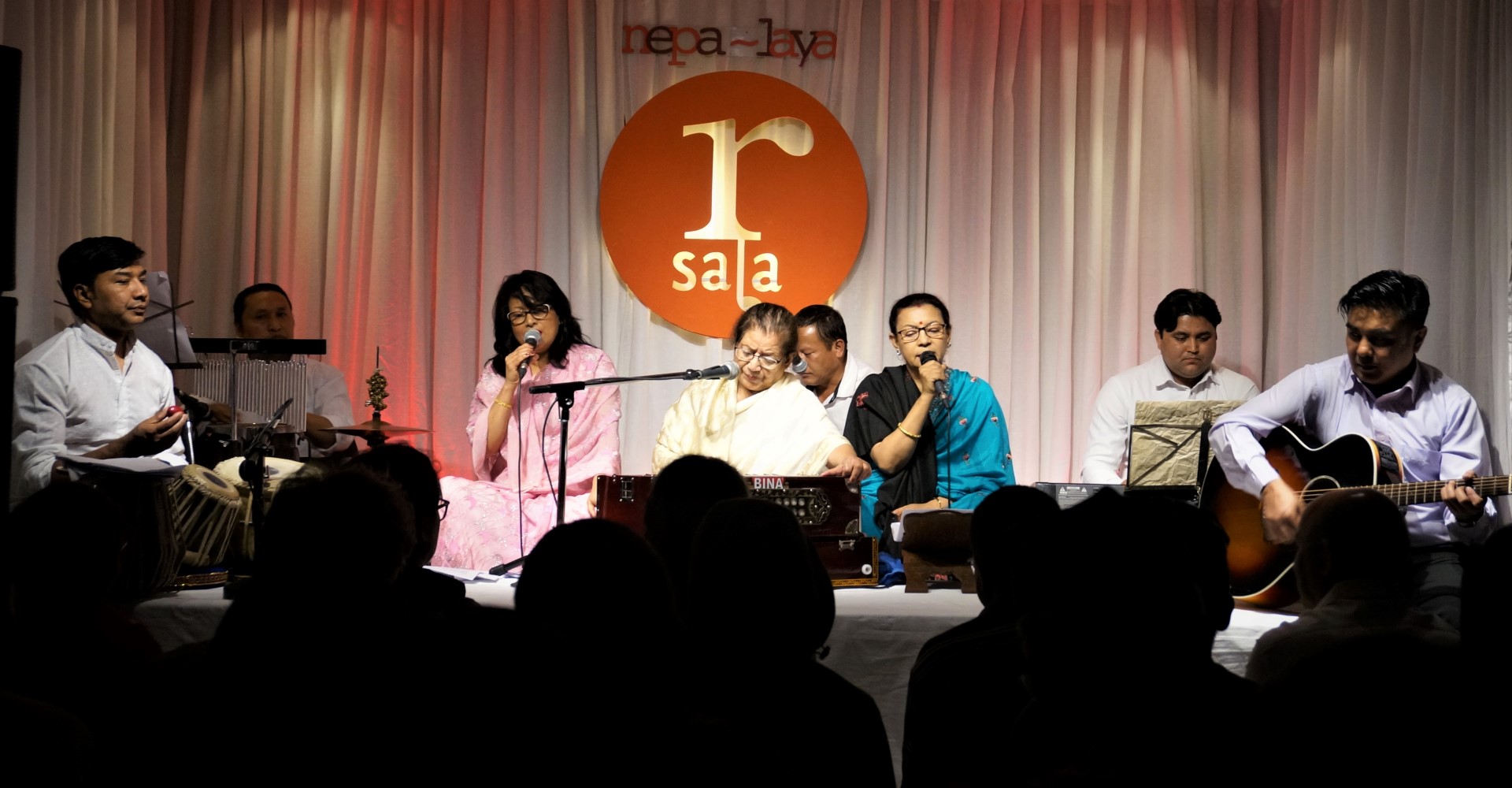