Kirtipur resident, Reshma Parsain,22 bagged the title of Sixth ‘Miss Nepal Peace’ (Miss Nurse) amid a finale organized at the premises of Soaltee Crowne Plaza on Saturday evening.  Parsain who recently completed her graduation in BSC Nursing from Om Health College, bagged ‘Beauty with Brain’ other than the title of the competition. Similarly, Roshani Shahi and Aakriti Manandhar were the first and second runner-ups of the competition. 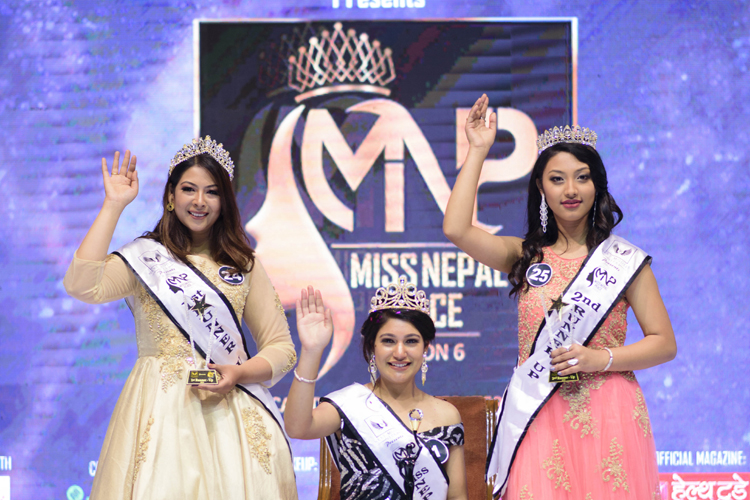 26 females participated in the competition organized by Next Models Nepal. Rabi Dhamala, President of the organization stated that thecompetition is organized to promote the hidden talent of females involved in nursing occupation. Rojin shakya was the event choreographer of the event. Apart from the main title, various sub titles were distributed at the event including best personality, Most Charming, Best Walk, Public Choice and Most Popular. Contestants of the pageant were judged by doctor Sandhya Chapagain, actor Benisha Hamal, singer Kosish Chettri and doctor Sujata Hirachan.

Managing director of Next Models Nepal informed that the event was successful than excepted.