Cardi B battles with lawyer in racy mixtape artwork case

Prabal Gurung asks: Who gets to be an American?

With flower crowns and beauty pageant sashes, Prabal Gurung asked a fundamental question of the day: Who gets to be an American?

Adorning his runway Sunday at New York Fashion Week with hanging bouquets mixed with flags from around the world, the designer celebrated diversity in size and ethnicity, using plus-size models, nonbinary walkers and those of all colors.

He celebrated some standards of American fashion as well, cowboy boots included, juxtaposing denim, sportswear influences and grand colorful gowns for evening. Gurung, a Nepalese American, produces 80% to 90% of his clothes in his home base of New York.

Gurung said he was recently in a meeting, where he had mentioned he wanted to define a new America and was challenged by somebody in the room: “Well, you don’t look American.” It was crystal clear, he said, “what the implication was.”

That’s what set him thinking about “what does America mean? America to me is the sum of all things,” he said. “Everyone coming together, and that’s the America I came for.” For spring 2020, his show finale included sashes draped on models asking his key question. Floral prints dominated, specifically the rose.

“It’s my favorite flower and also America’s national flower,” Gurung said. Models wore his crowns of flowers and also carried bunches in baskets and bouquets, as if the blooms were “welcoming different kinds of people in this world, in this country.”

He put roses of purple, red and yellow on everything from sashes and his statement gowns to men’s trousers and shirts. There was an optimistic shine to many of his looks. Others were adorned with loose feathers.

Gurung mixed his celebratory roses with tie-die prints. One men’s look in denim included open red lace at the shoulders and black cowboy boots. Another pair of cowboy boots came in red, worn with jeans and a sleeveless white cotton T-shirt.

It wasn’t all about the flowers. One sleeveless dress with a high side slit was a sparkling patchwork of green, purple, pink and yellow squares and triangles. “There’s the pragmatism of T-shirts and jeans and there’s the fantasy and beautiful glamour of the eveningwear,” Gurung said. “I wanted to marry those two and really question, who does this country belong to?” 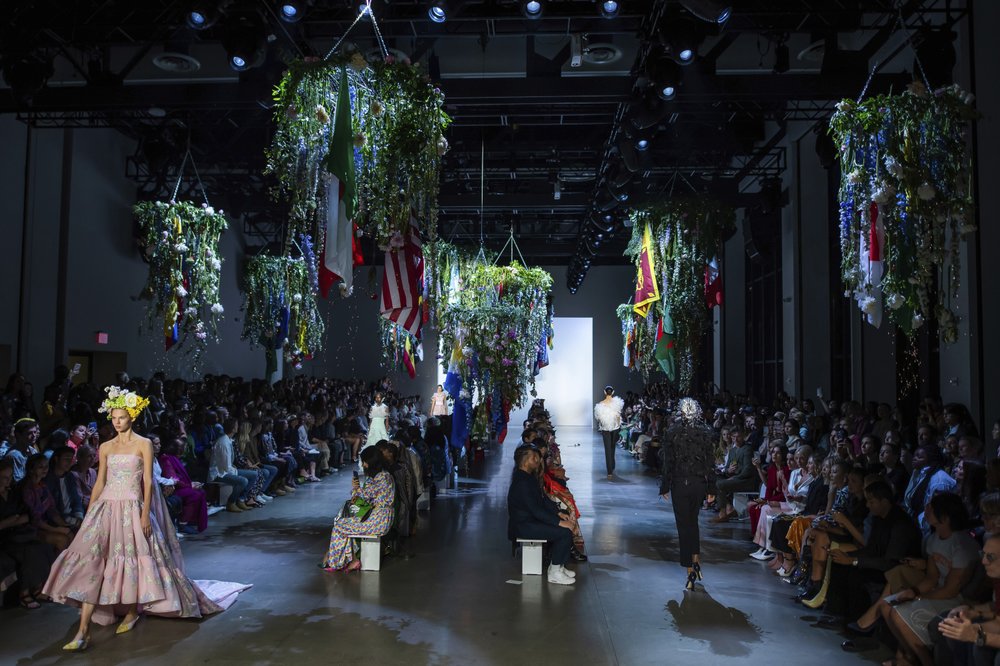 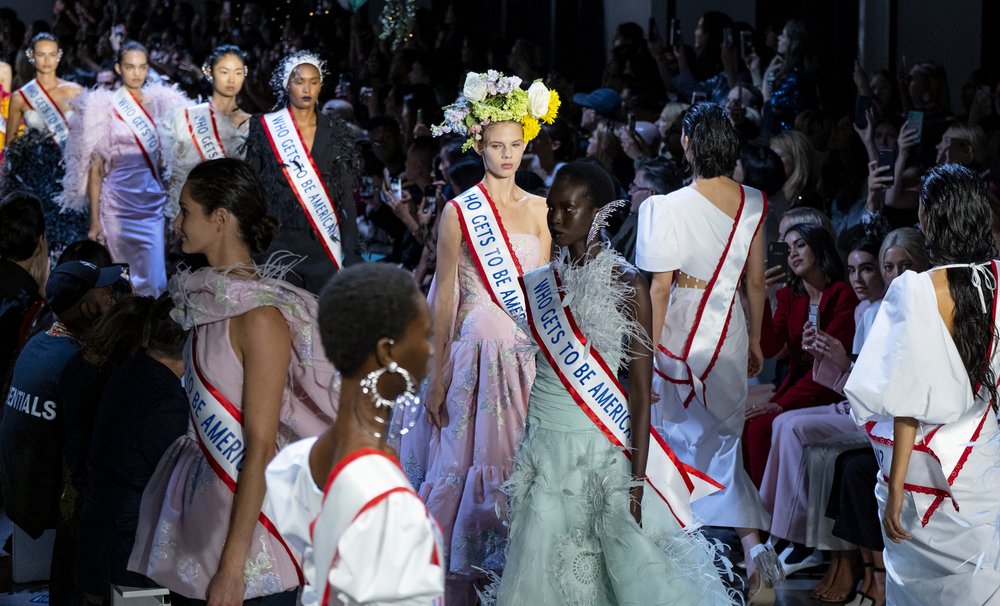