Pokhrelis swim to beat the heat

“We have very few swimming clubs in Pokhara. This leads to crowded pools for want of options. Sometimes, we even have to turn our customers back because the pool is too crowded.”

The soaring mercury definitely keeps people off streets. But that doesn’t mean you just sit at home and complain about the temperature. As people grow lethargic due to the scorching summer heat, swimming pools appear as the best option to have fun.

Pokhara has a comparatively cooler atmosphere, but the locals there love to beat the heat with a swim getaway. Pokhrelis not only throng the commercial swimming pools, but they tend to jump into nearby water reservoirs to avoid the blazing heat.

Prakash Pokhrel, a regular swimmer, stated that it’s impossible to not go for a swim during summer. “Swimming not only keeps me fresh but also helps in maintaining fitness.” A 12th grader, Prakash said he goes for swimming with permission from his family. “Swimming in ponds, lakes, rivers and reservoirs is risky, so I go to the swimming pools for safety.”

With people being more open to swimming during summer, the number of learners has also rapidly increased, said Lal Singh Gurung, manager of CM Swimming Pool. “The increasing trend of swimming has also encouraged people of all ages to learn this trait. If you think about it, our country is rich in natural resources and Nepalis should be natural swimmers,” he said.

He added, “We have a very few swimming clubs in Pokhara. This leads to crowded pools for want of options. Sometimes, we even have to turn our customers back because the pool is too crowded.” Gurung said the crowd of swimmers is heavy during Saturdays and other public holidays. The local price for swimming in clubs is Rs 150 for children and Rs 200 for adults.

He said people of all ages come for swimming. “Office workers tend to come for a swim in the morning and late evenings, while during the day, mostly students can be seen in the pool.” He stated that during holidays, they make a business of around Rs 30,000. “Other days around we make about Rs 10,000 each day. Some are registered members and some come to learn.” People come to swim for different reasons, for their children’s sake, to lose belly fat and weight and some come for health benefits, said Gurung. 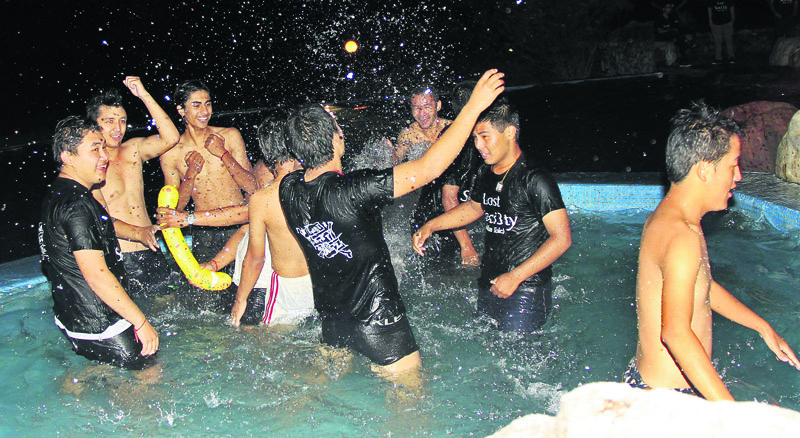 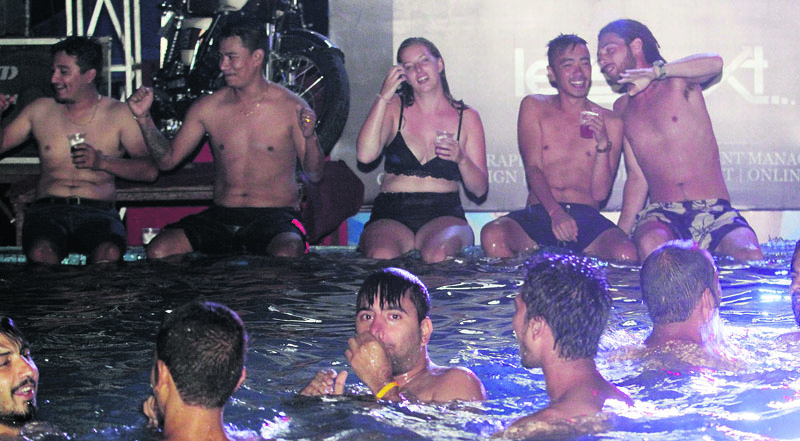