KATHMANDU, Oct 14: Previously, only men were perceived as breadwinners while women were confined within four walls. However, the time has changed. Women are independent and have the privilege to choose their career. In media and cinematography, which the male population had dominated for ages, women now have started to outperform their male counterparts.

Jyotsana Thakuri is a Nepali filmmaker who is working beyond the expectation of her peers. Born to cinema veterans Jyoti Keshar Thakuri and Chetana Simha Thakuri, Jyotsana Thakuri was introduced to filmmaking from an early age.

“I’m very lucky to be raised in such a family. I’ve always been surrounded by media and filmmaking. My family introduced me to the techniques and ethics of media. Whenever I make mistakes, they are always there to help and teach me come out of it,” stated Thakuri.

Thakuri began her professional career with ‘Katha Mitho Sarangi Ko’ and went on to work in several other documentaries and short films as an assistant director. She also participated in Observational Documentary Filmmaking Workshop by Contemporary Vision in collaboration with the Swiss Agency for Development and Co-operation/Swiss Agency (2014). She worked as a director in a short film entitled ‘Against All Odd’ which was selected in the 5th Nepal Human Rights International Film Festival in 2016.

She believes that the Nepali film industry is still in its developmental stage. “It is neither advanced nor horrendous,” she says. “Now we have more professionals, and our media is developing. Our country has untold stories which need to be told. Film is the right way to bring those stories among audiences. It’s just that people need to understand the essence of it.”

Thakuri is a graduate on journalism from St. Xavier's College, Maitighar and is currently undergoing her master’s degree in Crisis Management from Institute of Crisis Management (ICMS). She recently learned script writing from Abhinas Bikram Shah at Sarwanaam Theatre and is planning to continue writing and enhancing her scriptwriting skills after completing her studies. 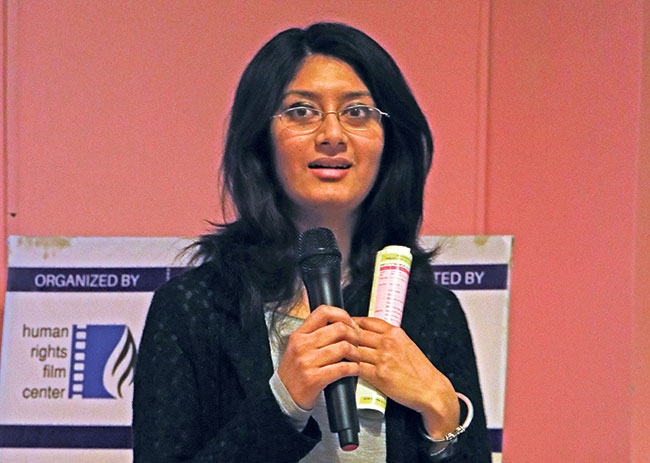