The squad had represented the nation for the first time in the championship two years back.  Along with a team consisting of 14 members, Head Coach, Bishnu Gurung headed to Iran—seeking a better result than their debut participation. 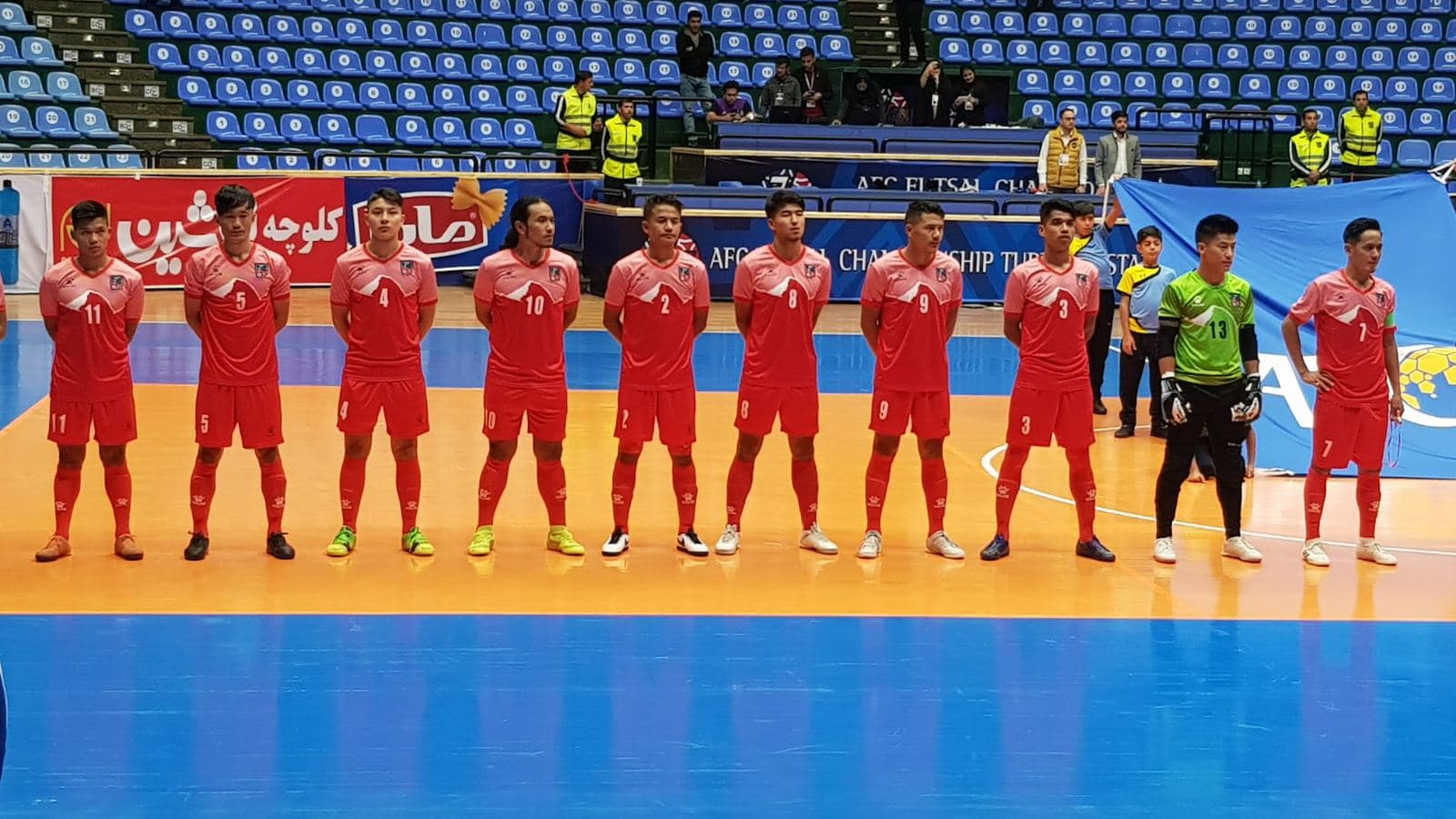 There, Nepali team was grouped in section ‘A’ with Uzbekistan, Tajikistan, and Afghanistan. However, Nepal faced failure in all the matches, which became the cause for negative remarks for the team. Nevertheless, for one of the players from the team who played both the qualifiers, Mani Kumar Lama had a fine experience.  Scoring two goals in the competition against Uzbekistan and Afghanistan, he was the top scorer from Nepali team.

Despite scoring two goals, he became a victim of the public’s negative comment and anger on Facebook. Meanwhile, returning to Nepal, he wrote a Facebook status at Doha Airport Transit that read, “Yes, we lost not once, not twice but all the games we played. The reality is boring because we didn’t win for the country. But what’s even worse is being an athlete in this country, we are surrounded by negativity. Well, when you lose, whole nation comments about your performance, the society says your son is doing wrong. Well, let me ask all the people who have been freely commenting their thoughts.”

When asked him why he wrote that status on Facebook, he said, “Well, I was annoyed by the people’s comment regarding our performance.”  He paused for a while and continued, “It hurts when they questioned our ability without knowing the ground reality.  With limited resources, we gave our full potential against powerful opponents in the competition.”

Lama was born to a family of football enthusiasts. His father is an avid football fan and named him after late legendary footballer Mani Shah. His father wished him to see as a footballer, but he initially began his career as Table Tennis (TT) player. 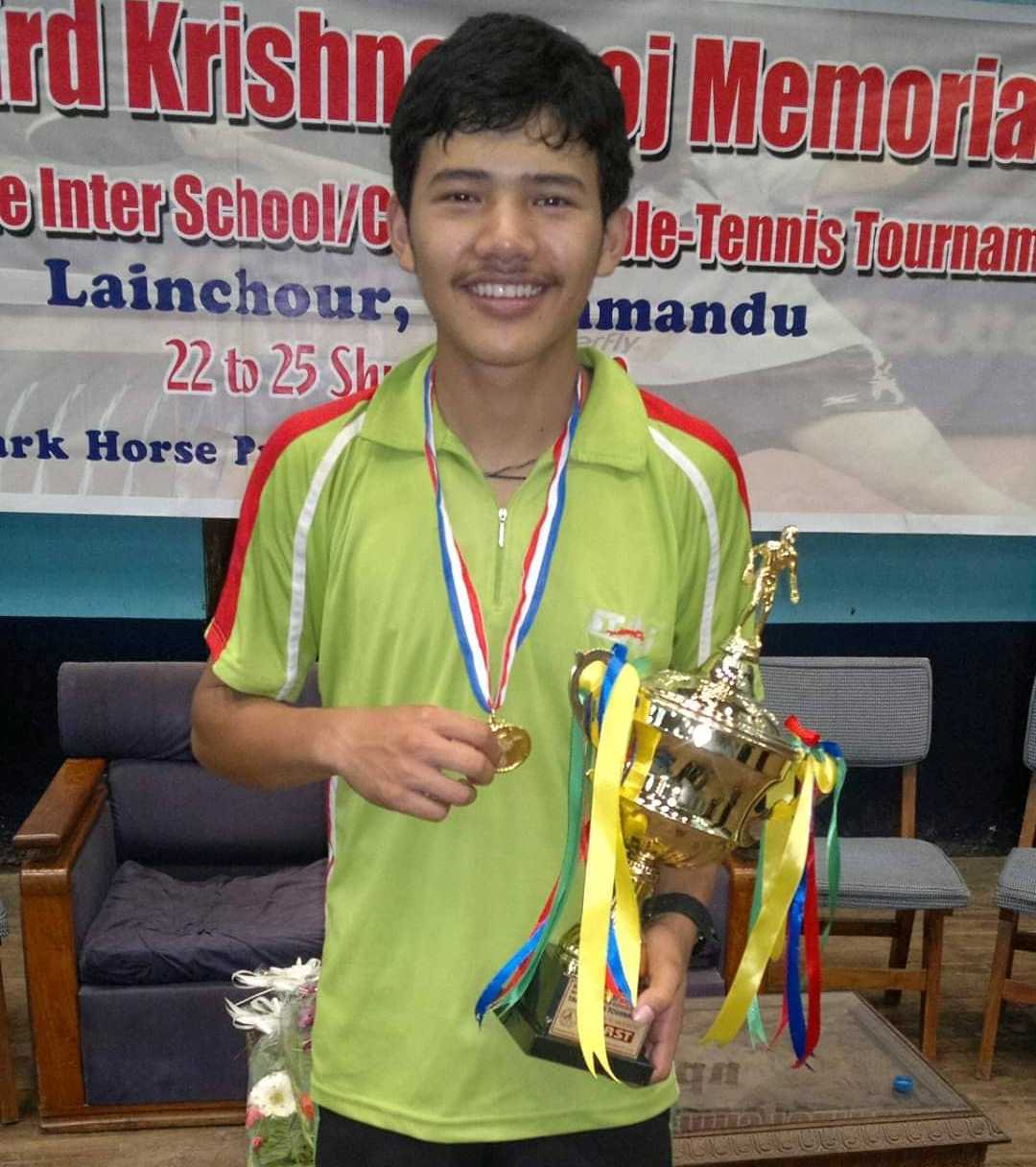 “Table tennis is the popular sport in the school (AVM) where I studied,” he recalled. “And my TT coach in school saw me collecting TT balls in our school hall. He then asked me if I wanted to play TT and I said yes. From there, my TT career began.”

In his decade-long TT endeavor, Lama has achieved several titles including bronze in 7th National Games and silver medal in the team event and double in under 18 South Asian Table Tennis Championship 2012 held in India. In addition, he participated in junior-level international competitions such as the Asian Youth Games in China, and the World Junior Circuit in India. 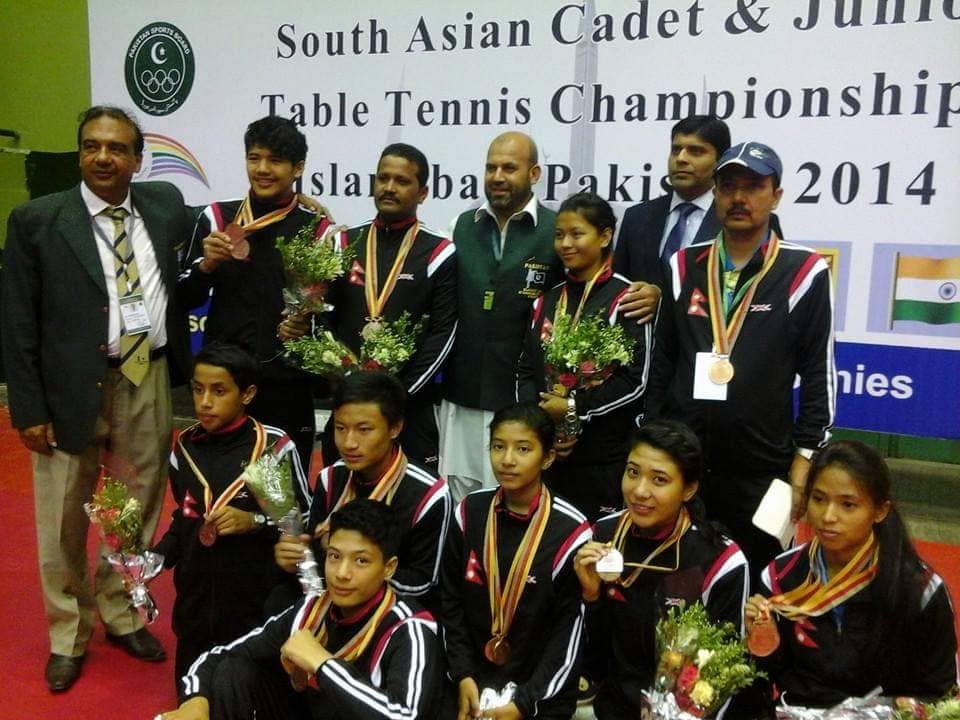 However, after completing his higher studies, he took a break from TT to pursue higher study in abroad.  But he couldn’t go abroad, so, he decided to study in Nepal. After that, he gave more time to futsal than TT.

“While playing TT, I also gave time to football during my leisure time. But I got involved in football more than TT after higher studies,” he shared. Thus, his hobby slowly turned into a profession.

Due to skillful dribbling and stronger with both feet, he garnered quick popularity in the Nepali futsal realm. He, then called up to Kickoff Futsal Team to play Nepal’s first-ever futsal league—Red Bull Futsal League, which was held in 2016 in Kathmandu.  His team made through the final but couldn’t clinch the title.

It is hard to sustain in Nepal to pursue sports as a career. But due to his passion and dedication, and supportive family, he never gave up his dream.  He works as a full-time sports teacher in AVM School and plays TT for the Departmental team, Nepal APF Club for financial support.