‘Maha Bhoj’:  Showcasing the game of power (With Video)

On Thursday evening, a huge crowd gathered at Mandala Theater, Anamnagar to witness the play ‘Maha Bhoj’. The play is a political thriller which is being showcased since August 31. 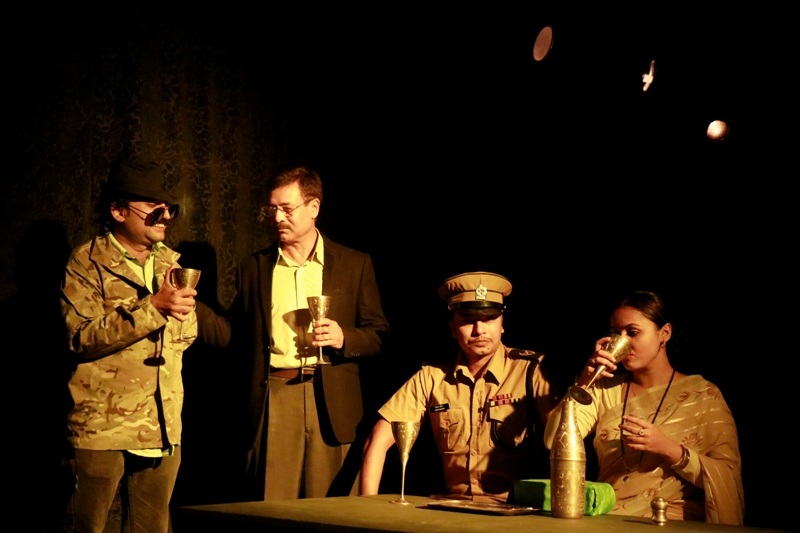 The play is directed by legendary playwright Anup Baral which he directed after around two years gap. Moreover, eminent poet, Viplop Pratik has also debuted as an actor in the play. Besides his cameo, Pratik himself has translated the play in Nepali.

The play opens with a jumbo group of actors, having three generations of actors in Nepali theater, lined-up together on the smoky stage. They give a performance on live music and pre-recorded tracks.  Then, some of them go backstage while another exit from the front exit gate. 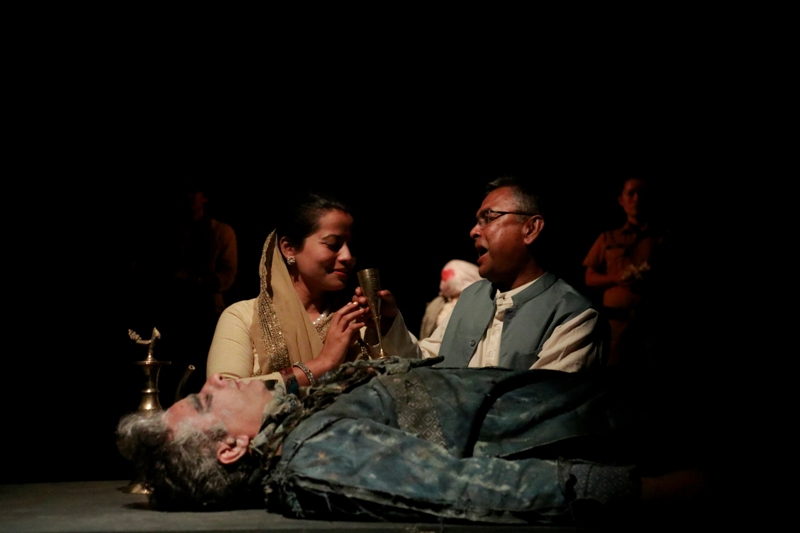 After warm welcoming songs, the spotlight is turned off and the play begins. The audiences hear the weeping sound of a woman along with the sound of a walkie talkie. There is a scene where policemen are investigating a case of murder and at the crime scene, there are people gathered near the dead body.

Meanwhile, suddenly the dead body Isheshwor (Prabin Khatiwada) wakes up and narrates about his death. The play is two hours long where the story has been set in a fictional village called Sitapur.

It has been performed in 11 scenes that depicted how politicians can use the general public to gain votes during the time of the election. Moreover, it also shows the bitter reality of police and press sectors misleading the truth due to the influence of powerful political leaders.

The director has successfully incorporated elements of politics to create a play based on realism. According to Baral, he tried to captivate the attention of the audiences with various techniques for example; the painting techniques of the renaissance period. 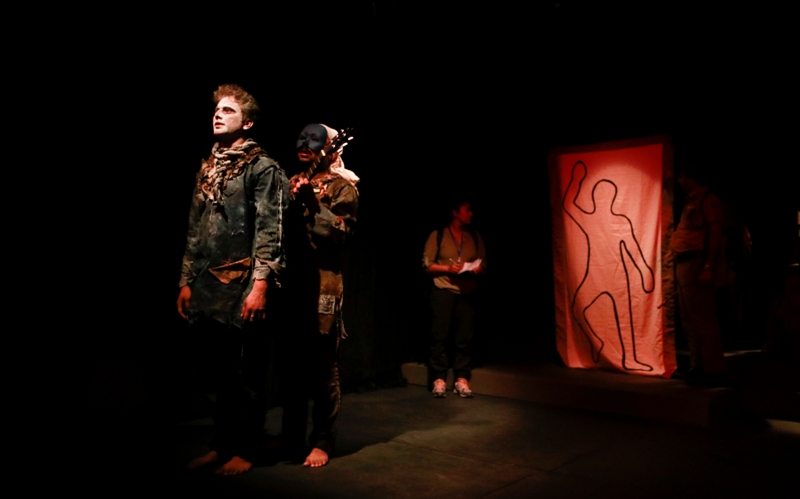 Moreover, the play included prominent actors like Ramesh Budathoki, Dayang Hang Rai, Bijay Baral, Srijana Subba and other aspiring actors like Sandeep Shrestha, Ramila Khanal, and Milan Tamang. Their gestures, expressions, and dialogue deliverance are on par with the storyline.

The costume, props, scenery and special light and sound effects during production are the key elements that accentuated the beauty of watching the play. Another best part of the play is its costume and set, designed by Arpana Nagarkoti and Sunu Rai.

Since the set has to change time and again, the set has minimal yet real props including furniture, telephone and many more that gave a lively feel. Utsav Budhathoki has composed and arranged the music for the play.

The play continues till September 21, except on Mondays. 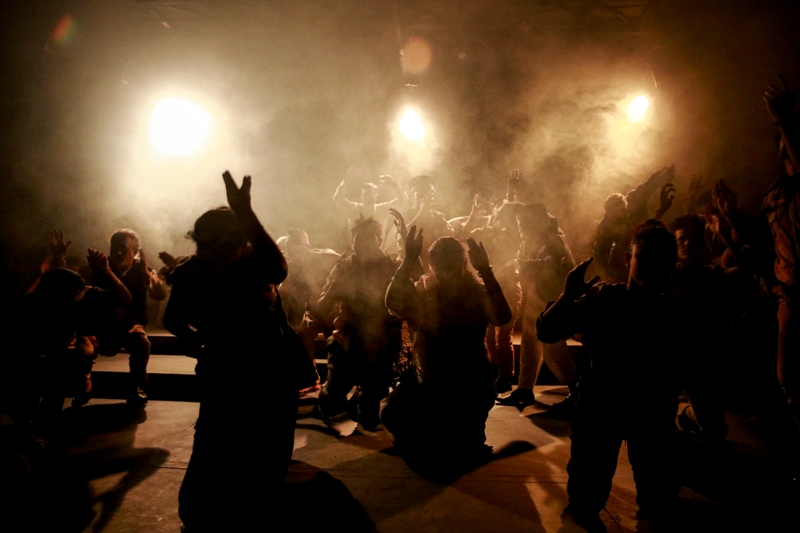