Like yesteryears, the 4th year students of IOE Pulchowk Campus organized LOCUS 2018, the 15th National Technological Festival, as a platform for aspiring students from different colleges in the field of Computer, Electronics and Electrical Engineering to showcase their projects.

The theme for this year was ‘Smart City: Information and Technology’. The three-day event was held at the campus premises with various other events for different interest groups and other pre- as well as post-event competitions.

One of the main events held during the three-day affair was the Locus Project Competition. Different teams were invited to showcase their projects on three themed and non-themed categories — Software, Hardware and Electrical. Three from the themed category and three others from non-thematic category are to be awarded for their ideas. Meanwhile, the teams also will be awarded with Most Innovative Project, Most Applicable Project and People’s Choice titles. The winners of the competition will be announced at a closing ceremony to be held on Saturday.

This is a competition for developers and programmers to solve coding/programming problems and to learn, grow and contribute to the sector. The event was held in two levels; Beginners and Advanced. The event was held in the span of two days and three best performers from each level of the competition were awarded with cash prize. From Beginners level, Rajat Parajuli won Rs 5,000, Neema Tshering won Rs 3,000 and Amit Chaudhary won Rs 2,000, while the winners for the Advanced level will be announced soon, the organizers said.

Teams competing under this category had presented their ideas of an application to deal with problems and come up with solutions as well as new concepts/products. The ideas were presented under six different categories; Data Visualization for Pattern Analysis, Smart City Initiatives, Digital Assistant for Enterprises, Next Gen Information System, Open Innovation and Block Chain Technology. Merishna Singh Suwal and Pragyan Subedi won the competition and a cash prize of Rs 12,000 for their idea of floating faces.

Drones have captured the interest of younger generation. A total of six teams with their drones had participated in the three-day event. The drones in the competition weighed two kgs each. The drones had participated in a race held in two rounds; group league and knockout. For Group League, each drone had to complete a course including several checkpoints and in specified order within five minutes. One to complete the course and in the order would receive up to 30 points and win the round. One winner from the six groups from the Group League competed further in the Knock-Out round to fight against the opponent. Team Oztec won the competition followed by Team Cyclone and Team Blackbird.

Among all of the competitions in the event, Robo Warz is the most hyped and celebrated point of the event. As many as 18 teams participated this competition two competing vehicular robots, faced each other to knock its opponent out of a hexagonal arena to win the round. Each set was six-minutes long. The competing robots weighed about 10 kg (maximum). Robonauts (Trinity) won the competition and a cash prize of Rs 15,000 by knocking The Godfather (KEC) out of the arena.

Hack-a-week: Five teams from three different categories Health & Education, Games & Entertainment and AI/Data Science were shortlisted to present their ideas. The competition was held from January 19-27. Winner for Games and Entertainment is RPG games, Team Cogniv in category AI/Data Science and Team Illuminati for category Health and Education. Each team was awarded with Rs 15,000 and internship.

Energy Hackathon: Students and enthusiast working in solving problems revolving energy were invited come up with ideas to enable Energy Access, reduce Energy Waste and Improve Energy Efficiency in Nepal. It was held at CES HALL (zero energy house) from January 20-24. Team Askop won the Alternative Energy category, team MBPS won the Demand Side Management and team Merlins won from the Energy Efficiency category with a cash prize of Rs 10,000 each.

LOCUS Photography Competition: Young and aspiring photographers were invited to submit their best shots in the nature & landscape, architectural, candid and locus photography categories. This is the third edition of the competition and is coupled by ‘Workshop on Digital Photography’.

Inter-College Quiz Competition: An event held on January 27 where teams of students from +2 and  A-level competed against each other and put their knowledge to test. The team from CCRC had won the competition. 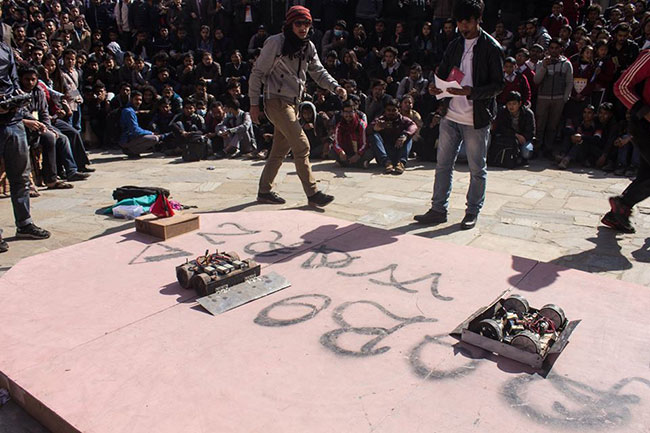 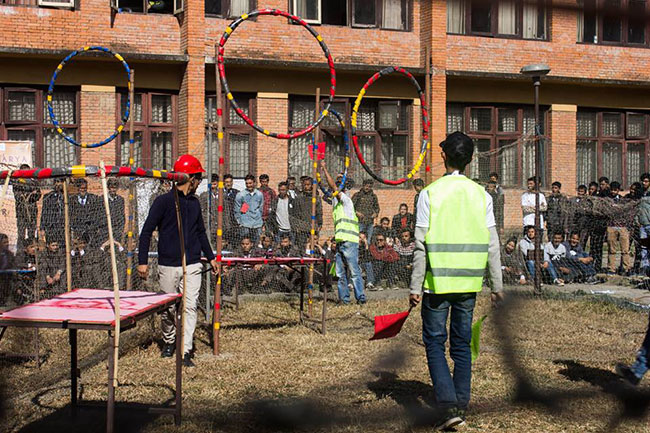 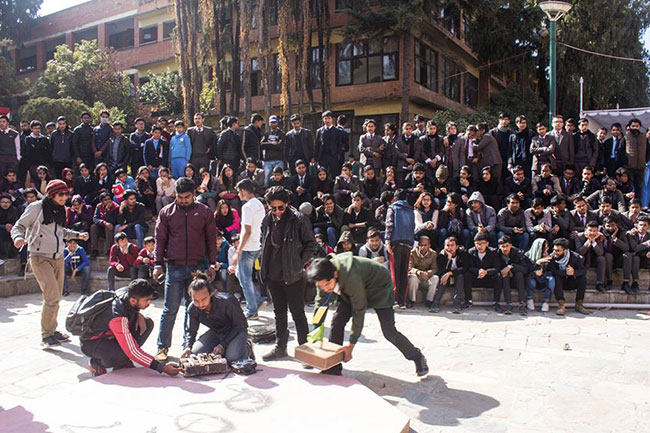