The ambiance at Kakori—a restaurant based on Soaltee Crowne Plaza was excellent last Thursday. The Indian restaurant by the poolside adorned into Kerala’s theme. The portraits that embody a wide range of Kerala’s culture were displayed across the restaurant. Besides, a bunch of bananas and coconuts were showcased in front of the bar. Waiters donning white traditional attire—Mundu (Lungi) welcomed the guests with refreshing juice. The feel of strolling somewhere in Kerala was obvious.

The reason behind the restaurant’s transformation to Kerala’s atmosphere was the Kerala Food Festival. The food festival kicked-off from March 11.

If you are a hardcore fan of spicy cuisines, then this festival is your cup of tea. They are serving the flavorsome authentic cuisines prepared by Chef Rajimon PS from Crowne Plaza Kochi. Meanwhile, Executive Chef of Soaltee Crowne Plaza Yubaraj Pokharel is assisting Rajimon.Initially, Yubaraj Pokharel, Executive Chef, briefed about the food festival. According to Pokharel, the festival is organized at aiming to offer a new taste amidst Kathmandu’s food fanatics. “Kerala foods are new to the market. I haven’t witnessed commercial operations of Kerala-based food hubs in Kathmandu. We are trying to present authentic Malayali food as it is served in Kerala,” Pokharel told My City. 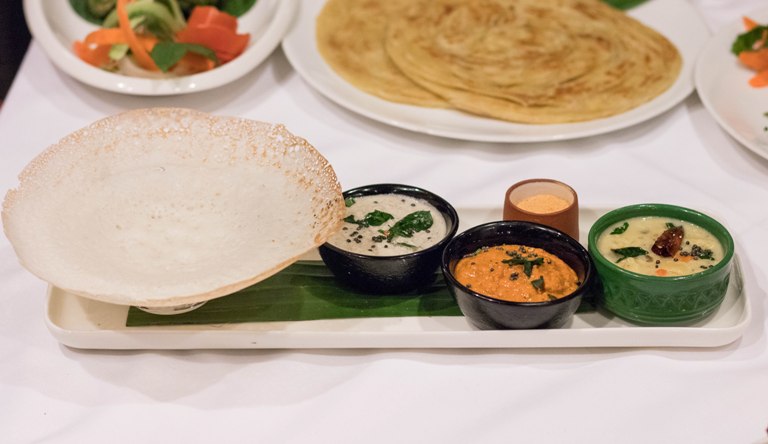 “The Nepali audience will certainly adore the food items as they are healthy and scrumptious.  Most people believe that the South Indian foods are extremely spicy, but the foods here are mild-spicy,” he added.

We waited for a starter. But as patience rewards you, the platters—array of Kerala food looked mouth-watering when it arrived at the dining table. To capture the essence of Kerala food, the foods were being served in trays along with fresh plantain leaves.  Puttu melted in the mouth immediately.  It is a mixture of steamed rice flour and coconut barrel served with traditional vegetable curry and banana. 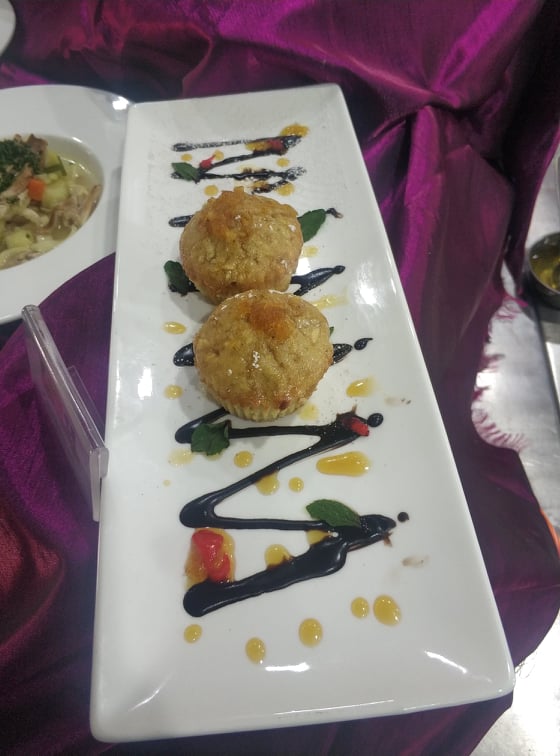 The festival was inaugurated by Shri Majeev Singh Puri, Ambassador of India to Nepal, is slated run till March 24.

Rajimon PS from Crowne Plaza Kochi led the kitchen to prepare the Kerala cuisines for Kerala food festival held at the Soaltee Crowne Plaza, Kathmandu. He has been in Kerala cookery realm for 14 years.

Here, My City’s Kiran Lama interacted with Rajimon and talked about the festival.

What are the main courses you will serve in the festival?

What is Kerala food famous for?

Since Kerala is known as ‘the Land of Spices’, it is famous for spicy food.

Kerala food is not so familiar amidst Nepali. So, how will you inspire Nepali to visit this Festival?

I have heard that Nepali is fond of spicy food. So, they will certainly relish the Kerala cuisine. Moreover, it is beneficial for health, since coconut oil is used.