Today, Asar 15  in Nepal is an important  and an auspicious day for all since times untold. A day dedicated to Goddess Annapurna and good harvest. It is also known as Dhan Diwas or Paddy Day. Here’s some interesting facts about Asar 15 as told by Professor Poonam RL Rana who is associated with the Department of Nepalese History Culture and Archeology, Tribhuvan University, Kirtipur.

Etymology  of the word Asar originates from a guest word borrowed. Asar is a village in Lorestan in Iran, Scholars claim that Khas came from Iran ( Persia ), in the context of migration, trade and war, they came to India Rajasthan and slowly to Nepal too.The Khas of Nepal are Iranian Aryans. In fact the house of Gorkha have their roots there.

An old farmer long ago on Asar day got lost , his old woman  was worried and went to look for him, but she too  got lost; fortunately, it was the day when farmers gathered to plant  paddy in their field, singing.

Both wandered toward the singing and finally met each other and became involved in the plantation of rice grains. It was a happy day for them. All of them after  plantation had a feast  of Dahi chiura and chyang; and returned home happily.

To have Dahi (Curd ) and Chiura ( Beaten rice) is very nutritious  and gives energy to the body. The farmers after days of hard work  sing, dance, splash mud on each other and their feast includes homemade rice beer chyang. 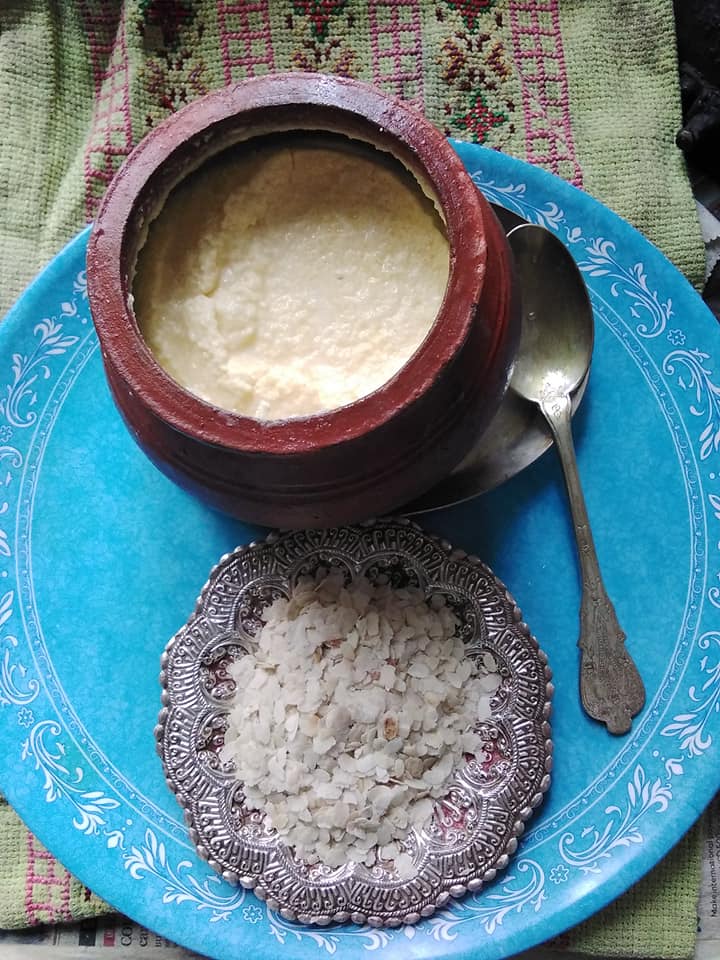