‘Gauri’, ‘Himalwaari Himalpaari’, ‘Malati Mangale’, ‘Rajeshwari’, ‘Shakuntala’ and ‘Aswathama’ are the national poet’s most acclaimed works of literature and holds the title of the Rastrakavi (Poet to the Nation) for his outstanding contribution to the Nepali literature. Ghimire is also an Honorary Brigadier General of Nepal Army.

Amar Neupane – author of ‘Seto Dharti, ‘Paniko Gham’, and ‘Karodaun Kasturi’ -- regards Ghimire as one of his inspirations. Neupane revealed that ‘Gauri’ and ‘Baisakh’ were his fondest reads authored by the Rastrakavi.

He added, “My mother used to recite ‘Gauri’, even before I knew about the poem or its writer. I used to cry listening to the poem. That must be the reason why his works have always inspired me.”

The President spent around 10 minutes at Ghimire's residence and apprised about this health condition. On the occasion, the President wished him good health, happiness, long life and creativity in the days ahead.

On the occasion, he expressed his gratitude to President Bhandari for the visit on his birthday and said he including his daughters were very happy to see the female in the presidential post of the country. 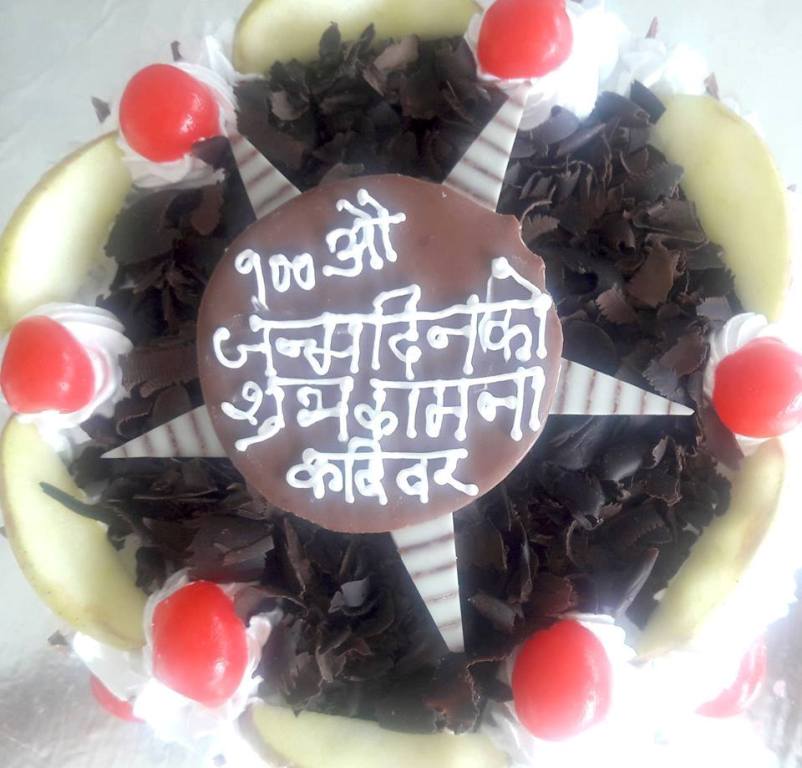 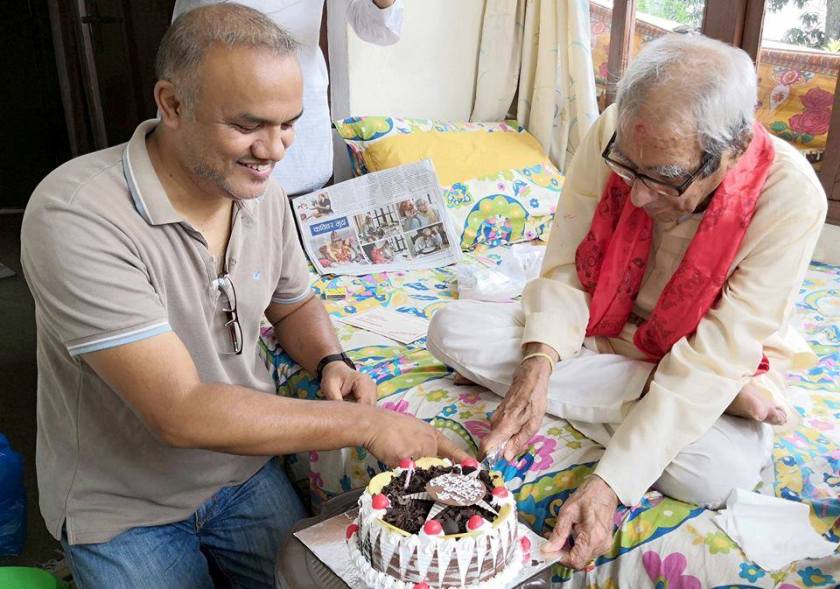 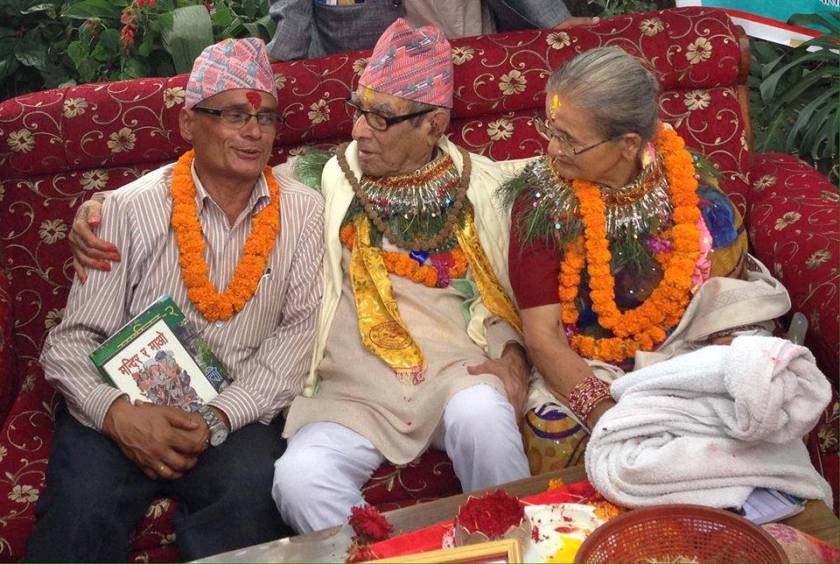 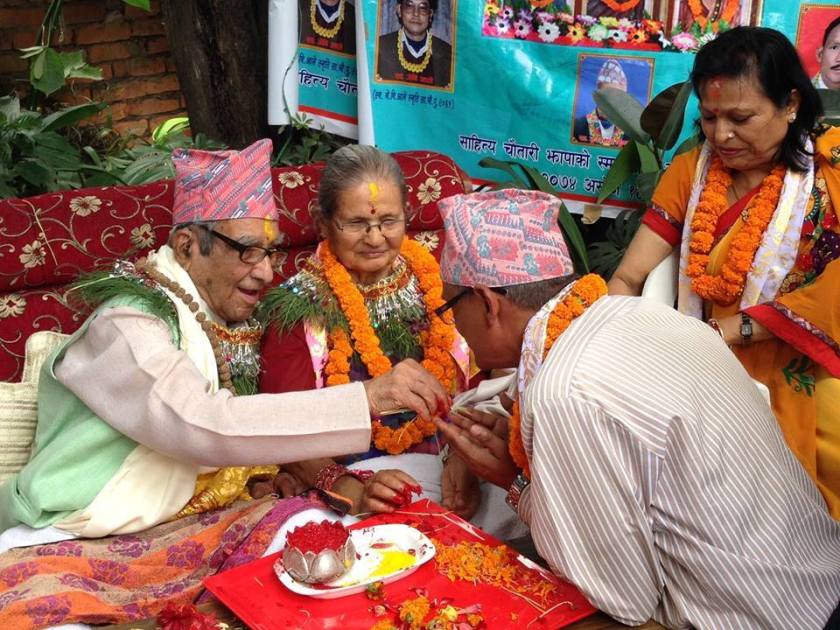 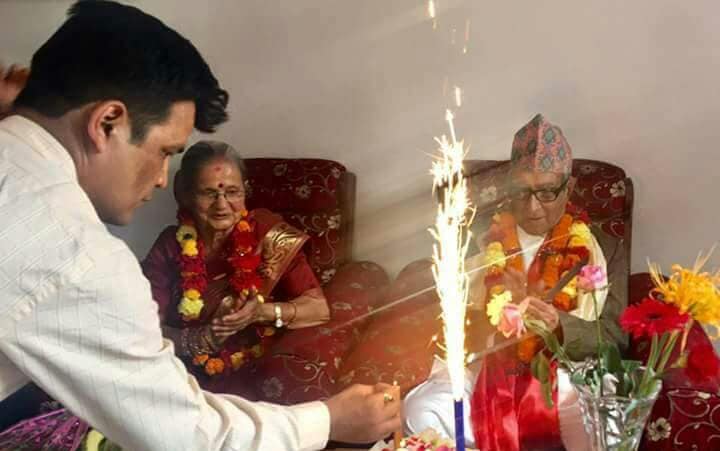 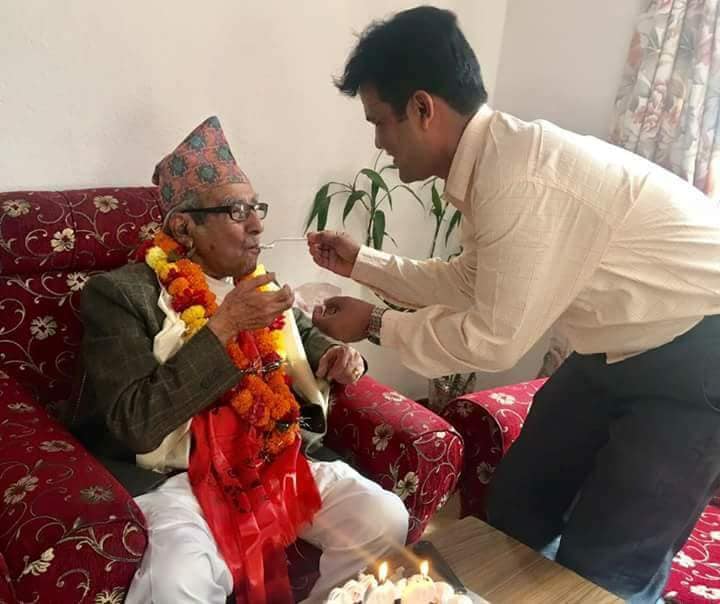