In memory of Uttam Kharel

Around 73 artworks including paintings, drawings and sculptures by late veteran artist Uttam Kharel is on display at Nepal Art Council, Babermahal. The exhibition began on March 17 and is organized by Sirjana College of Fine Arts.

Kharel was one of the founding members of Sirjana College of Fine Arts and Sirjana Contemporary Art Gallery. Born in 1960’s at Baluwa village in Kavrepanalchok, Kharel dedicated his life creating art and teaching the skills behind it.

According to Archana Kharel, Uttam’s wife, the proceeds from the exhibition will form a trust in the name of the artist that will support art students in future. Talking about his love for art Archana shared, “He would forget everything when he used to sit to create a work of art. He would dedicate his whole attention and focus on art and would also hesitate to eat while working. He worked till the end of his life. And I feel he is alive to this day in the form of his artworks.”

The exhibition that ended on Thursday showcases a retrospective of the memorable art-journey of the late artist. In the exhibition, his oil paintings were displayed in three series —The Characters, Coexistence and the Ganesh series. Then, his drawings created by ink and pen along with ink and brush were also on display. And his sculptures using materials such as bronze, wood, etc were also on display.

The motifs he used are Lord Ganesh, animals, birds, men and women where he has used vibrant colors in his paintings. There is a rhythm in his painting and a balance of shades and lights in semi-realistic and abstract forms.

Principal of Sirjana College of Fine Arts, Madan Chitrakar stated, “On the creative front too, Uttam’s continual zeal for explorations — painting and sculpture was powerful and impressive. Beginning as a qualified sculptor, he proved no less powerful in his painting as well. If his paintings revealed, initially with academic forms, his interests gradually turned into more abstractions. Over the years later, he focused on a fantasy world — a choice of human forms mix with wild animals— and in a style near mix of cubist abstraction.” 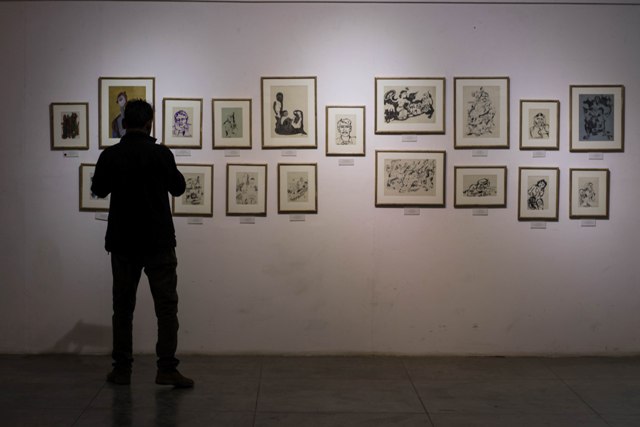 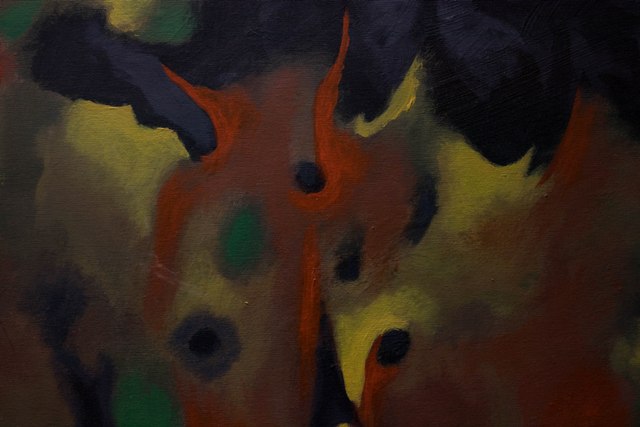 Ireland to Reopen All Shops in May, Hospitality in Early June