If you want to tell good stories, then pursue journalism: Deepak Adhikari

Deepak Adhikari is a well-known face in Nepali journalism. He has written for many international outlets, including The New York Times, The Guardian, The Time and many more. Republica’s My City caught up with Adhikari to talk about journalism and what does it take to be a good one.

What drove you to journalism in the first place?

Passion for storytelling drove me to journalism. I grew up in Phidim in the 1980s. The place had a vibrant literary scene. The town hosted regional literary festivals, which were attended by writers from Darjeeling to Kathmandu. Poetry recitations, essay competitions were part of extra-curricular activities at school as well as outside it. Would-be poets visited my home, where my father, a local school teacher, reviewed their works. After completing SLC, I moved to Kathmandu for higher education. My family wanted me to study science to become an engineer or doctor, but my grades were not good enough. I enrolled at Ratna Rajya Laxmi Campus, which at the time was one of two colleges (the other was People’s College) offering a course in journalism.

Do you remember the first time your story was published? How did you feel?

I joined Drishti Weekly newspaper as an intern in the mid 1990s. My first assignment was an election rally in Kathmandu. My memories are hazy, but I think Man Mohan Adhikari, then-leader of the UML, delivered a speech at a rally. The story appeared the next day on the top right corner of the weekly. Early morning, I went to a newspaper vendor and bought a copy. I felt proud to see my first byline! 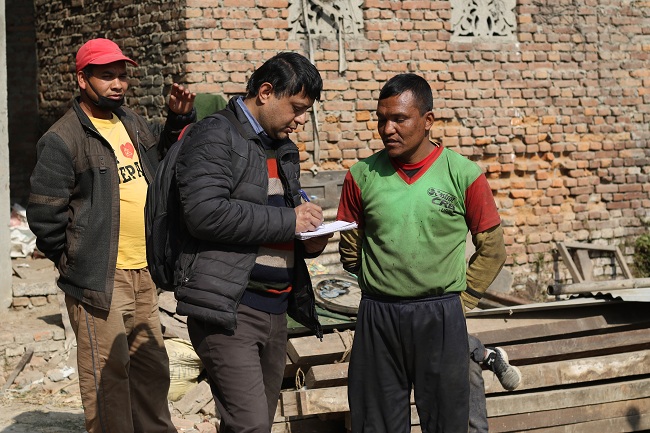 What was it like to be a journalist when you started working in this field?

Drishti Weekly had a small newsroom. There were three reporters, including me and an executive editor. The chief editor was also the publisher of the newspaper. There were around a dozen reporters across the main town. Professional media houses had only started to operate. The overall media scene was still dominated by what was then called “Mission Journalism” of Panchayat years. It was the beginning of the professional, private (and to some extent independent) media in Nepal. Print magazines and weekly tabloids dominated the field, while community-run radio was starting off. Private television was still a few years away. So as a journalist, I worked with very limited resources and training. I feel I was wholly unprepared to tackle big issues of the day. One needs intellectual maturity, rigor and wide-ranging perspectives to be a good journalist. It was all trial and error, but I think I learned lessons along the way.

What are some of the big stories that you have done makes you proud?

A 10,000-word profile of Prachanda, stories on justice for war crime victims and about the struggles of former Maoist combatants can be easily found through a Google search. I have spent a decade covering the Bhutanese refugees, an issue which itself is coming to a close, although in the most inglorious way.

My stories for Nepal Weekly magazine, which is not available online, were done under pressure and with limited resources. Back in 2004/05, we even faced censorship under the royal regime. For the magazine, I wrote cover stories on 12 Nepalis who were killed by a terrorist group in Iraq, the organ trafficking network that stretched from Nepal’s villages to hospitals in India. I wrote a major story humanizing the death toll of migrant workers in Gulf countries in 2007, long before the topic became fashionable following coverage from The Guardian and others in 2013.These are the stories I am proud of. I was, however, fortunate to have editors who supported my pursuit of deeply reported human stories.

Do you recommend young people taking up this profession?

Absolutely! More than ever, young people must be encouraged to pursue a career in journalism. We need journalists who can dig deeper, who can explain things and connect the dots. The age of 5WH and he said/she said news is passé. We need people who can question the authorities and make those in power accountable. Questioning powerful people on behalf of readers and writing up the findings and answers in a coherent and accurate way may sound journalism basics, but that’s what we need right now.

But if you are here for easy money or fame, you will be disappointed. Real journalists are hard workers and dogged questioners. Patience is the key because it takes time and efforts to delivera well-reported stories. I also have a caveat for aspiring journalists: don’t join journalism if you are looking for an easy career ladder and quick buck. One becomes a journalist because he or she is passionate about storytelling or wants to expose wrongdoings.

What is the scope for a Nepali journalist to make it big in international media?

I think there’s room for Nepali journalists to make it big in international media. When I started writing for international media in 2009, there were not many who I could look up to. The Nepali bylines that appeared in international outlets were like footnotes; they appeared at the end of the stories in small letters in italics. But in recent years, Nepali journalists have started to write for top global outlets. When I started, I had to find role models elsewhere in India such as Pankaj Mishra, Basharat Peer and Meenakshi Ganguly.

Today, due to the Internet, you can easily have access to editors of top publications. You need to however read a lot of the outlets you want to write and work with editors to make the story better. From pitching to writing to editing, the way international outlets work is different from what local media does here in Nepal. So you have to brace yourself for explaining everything, capturing minute details and following international standards. It can be done, but you must be prepared.

What are some of the differences you feel between working with Nepali and foreign editors?

In Nepal, the few editors that media outlets employ are usually overworked. They don’t get to spend enough time to provide critical feedback to reporters. The foreign editors, on the other hand, thoroughly check everything. The foreign editors work in tandem with reporters and are equally invested in the stories. But it’s different here. There’s hardly any content editing. All we have is copy-editing. To turn a decent copy into an excellent work of journalism, we must develop a collaborative approach, where reporter and editor are on the same page and work together to produce compelling stories. 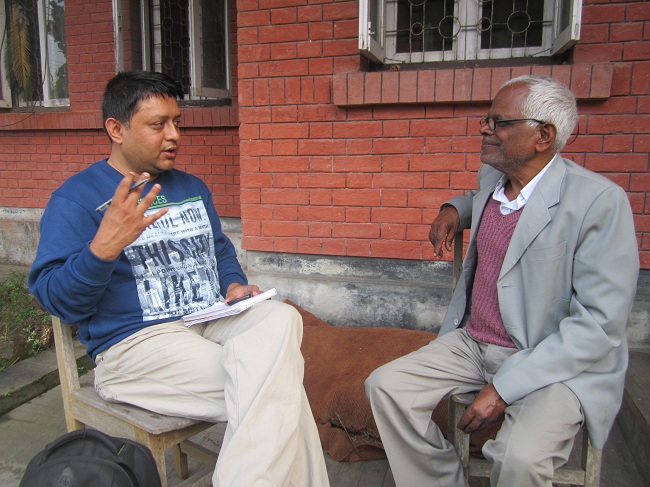 What were some of the scariest moments in the course of your reporting?

Fortunately, I haven’t faced any scariest moments in my career. It’s natural that my work will not please everyone. Every now and then, there is criticism. I always welcome healthy criticism of my work.

What is your next venture?

I have always been a text person. I love expressing myself through words. I am tempted to learn new tools, but I have realized that I am an old school chap. I tried learning multi-media and data journalism, which have become essential tools to move forward in this trade. But the status quoits in me reckons that as more people embrace these tools, people who have dexterity with words will be at a premium. I may be wrong, but I haven’t been able to master these two approaches of reporting.

So my next venture does not involve innovative form of storytelling. What I want to do is to go deeper. I want to do more long-form and investigative stories. But it takes time and energy to do that. Let’s see if I can pull it off!

Your two cents to those young people who want to pursue journalism?

One should not be force-fed into any profession. So I will ask anyone asking me any advice on pursuing journalism: Are you interested in it? If you’re not interested in storytelling, then this is a wrong profession. But if you are really passionate about this, it is a noble calling. It is also deeply satisfying. Don’t come here if you want to change the world. That’s for other people. We are here to interpret the world. We portray the world as it is. If you have a knack for weaving a good yarn, if you get angry when you see injustice and are willing to go where your story takes you, then go for it!