In past few years, Nepal has been organizing cine functions and award shows in abroad. Specialist says this kind of trend will help to promote Nepali film in abroad. However, Everest International Film Award which was scheduled to be held in 2019 has been postponed. According to the Everest Entertainment Pvt Ltd (organizer of the award function), the award function has been postponed regarding the ongoing protest of Hong Kong. Organizing an event in the capital on Sunday President of Everest Entertainment, Lokraj Limbu said, “We set different dates for the function but Hong Kong protest is getting even bigger. That’s why we have decided to postpone this award for next year.”

According to the press statement, Everest Entertainment is looking forward for organizing the award function on May 24,  2020. The award will be held at ‘Queen Elizabeth Stadium’ of Wan Chai, Hong Kong. 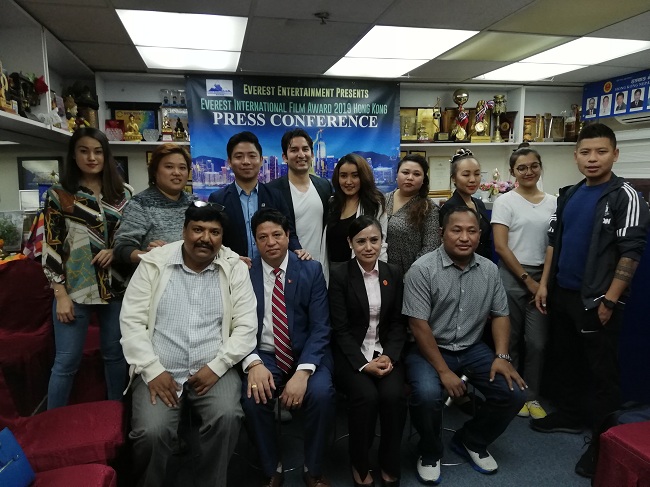 Manoj KC, President of Sangikshya Films (Nepal coordinator of the award function) said, “Now we are looking for distributing awards for films released in 2018 and 2019 in a same stage. Winners of 2018 will be announced in Nepal and then will be taken to Hong Kong for the award.”

Meanwhile, top three nominations of each category will be taken for the award participation. Jury committee of the award will be coordinated by actor Sunil Thapa. The committee comprises Gauri Sankar Ghuju, Bijaya Ratna Tuladhar, and Manoj KC.

Juju’s never-ending journey thriving to work for the society