Famous author Rudyard Kipling once said, “God couldn’t be everywhere and therefore he made mother.”  And visual artist Sandhya Silwal with the similar notion, paid tribute to her mother dedicating her solo exhibition to her mother.

The exhibition titled ‘Aama Series’ kicked off on May 7 at Dalai-La Art Space, Thamel. She says her mother is synonymous to goddess whom she finds all forms of goddess—Laxmi, Durga, Kali, Saraswati, among others— in her, and who protects and guides Sandhya in every situation, incarnating the attributes of those goddesses. 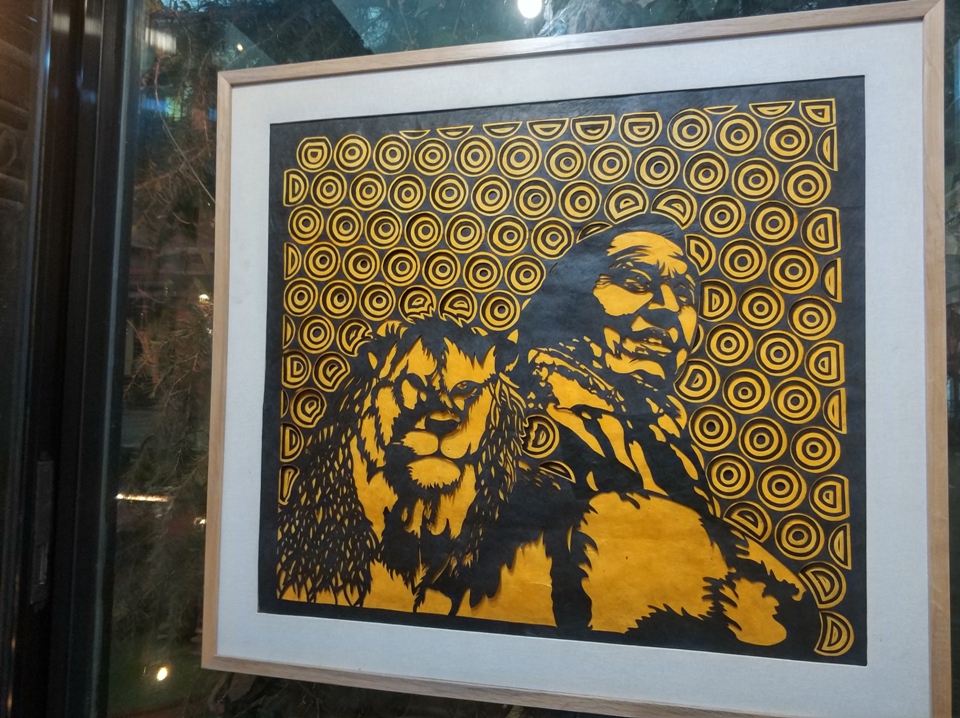 Sandhya has used paper cut outs to depict the same using various geometrical patterns, motifs and symbols. She has used motifs of animals that represent the bahans (vehicles) of different goddesses and has used her mother’s portrait as major motif in all her artworks.

It took her two months to get the end result for the exhibition. A total of 10 artworks are displayed in the exhibition. She adds, “She is now a single mother having eight daughters including me. She sacrificed her dreams and aspiration for our upbringing. She was an athletic who used to play table tennis and lawn tennis before her marriage. For the sake of the family, she quit her game and education. My mother who is in her 60’s still continues to devote herself to us. And this exhibition is my way of paying homage to my mom and her patience, strength and energy In the exhibition, Sandhya has artistically highlighted the greatness of her mother. She has used intricate detailed layers of patterns in all her artworks. Meanwhile, the way she gave a tangible form for the idea of the mother being incarnation of all goddesses is commendable.

Her idea on how a mother could be a representation of goddess and the way she projected it, matches in a seamless manner making her artworks the feast to the eyes.  Sandhya shares, “It was a kind of mission impossible to prepare all those artworks in two months.”

Moreover, artist Nabendra Limbu also her mentor who was in the exhibition expressed, “It takes a long time to cut various intricate and detailed layers using paper, if compared to creating a painting. And Sandhya has crafted the paper into beautiful pieces of art. I’m very impressed with her artwork and the hard work she has done for the exhibition.”

The exhibition is slated to run till June 5.