Pahenlo Batti Muni enthralls the audience with their soulful music

Despite the fact that the session was on the recording which is to be uploaded on Kripya Drishya Digital’s official YouTube channel, fans were all joining Pahenlo Batti Muni on singing their hearts out. The band performed seven songs, which included six songs from the album ‘Asthir’ and the last song ‘Gauthali’ from their yet to be released album. From the album, they played ‘Tatepate’, ‘Lori’, ‘Bichitra’, ‘Aaina ra Daag’, and ‘Kripaya’.

After each performance, the band took a question from the audience. They answered how they name the group, the real reason of guitarist Bikram Bashyal leaving the band, songwriting process and more. 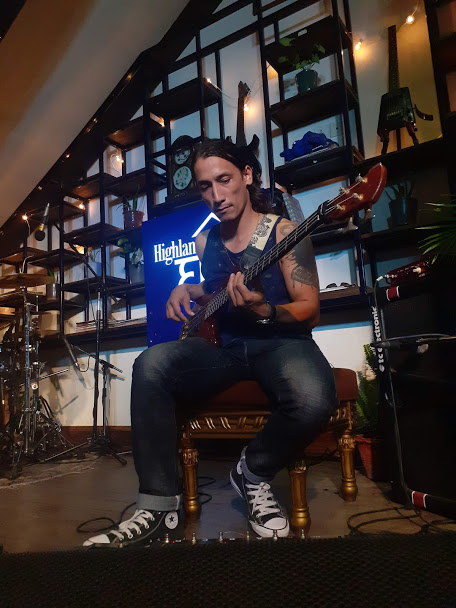 Meanwhile, the band’s name has an interesting anecdote. “We often visited Pravesh’s place for jamming. As load shedding was on its peak, we were bound to play in the dark. Pravesh had a bed with an overhead rack. We lit up a few candles, fixed them on the rack, and jammed under the candle’s yellow flame (light). That’s how we got the band’s name,” said vocalist Rochak Dahal.

Since ‘Asthir’ record is an amalgam of various genres from folk-rock to progressive, Hasan Shrestha, one of the attendees asked the band how they define their genre. Thanking him for the question, vocalist Rochak answered, “It’s the question we ask to ourselves all the time. Unfortunately, we still haven’t found the answer. We just enjoy making music and that’s all we want.”

Those young boys are mostly famous for meaningful lyrics and soulful music. With respect to that, the band got another question from Kiran Lama. He asked Rochak how he writes the song. “Songwriting is not an instant work. It takes time. As for me, I write songs when I am feeling something. So if you want to write a song, make sure you are tearing many pages.”

This is the fourth edition of ‘Highlander Ghar Ma Sessions’. This session with Pahenlo Batti Muni is scheduled to air via YouTube at any time around October.