Nepali youth speak out to stop violence against women and girls

LALITPUR
The Society of Fine Arts Journalists (Sofaj) Nepal organized an award ceremony on Thursday in Lalitpur. The award is given every year to outstanding journalists from various media who have been contributing to the field of fine arts through their work.

On the occasion, Vice Chancellor KK Karmacharya congratulated the awardees and said that the role of media is important in the development and expansion of fine arts.

Meanwhile, the general assembly of Sofaj too took place on Thursday and it re-elected Keshav Raj Khanal as the chairman for three years. Similarly, the general assembly selected Madhu Shahi as the vice president; Devendra Thumkeli as general secretary, Sangita Shrestha as secretary and Sunita Lohani as treasurer. 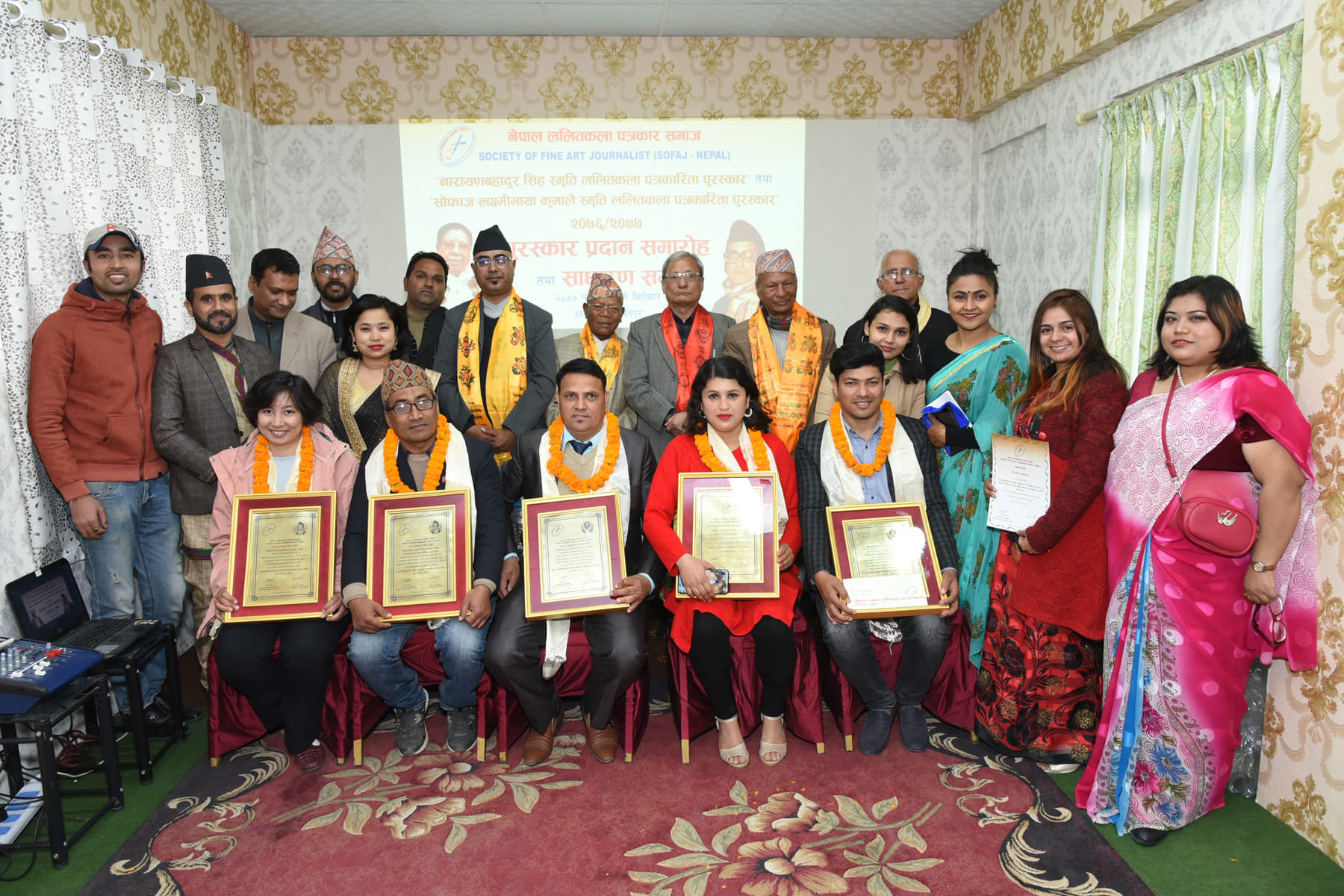