Britney Spears' dad says his decisions are in her best interest

NEW DELHI
Bollywood actress Dia Mirza got married to businessman Vaibhav Rekhi on February 15, 2021, in an intimate ceremony. The couple tied the knot at Bandra at Vaibhav’s house. Dia and Vaibhav made their first appearance as man and wife in front of the paparazzi and interacted with them. While the ‘Rehnaa Hai Terre Dil Mein’ actress looked resplendent in a red saree, her husband opted for an all-white look. Bollywood actress Aditi Rao Hydari also attended the wedding.

Recently, Dia Mirza took to her social media and shared some unseen pictures from the wedding with a heartfelt note on her marriage with Vaibhav Rekhi. The note read, “Love is a full-circle that we call home. And what a miracle it is to hear its knock, open the door and be found by it. Sharing this moment of completion and joy with you..my extended family. May all puzzles find their missing pieces, may all hearts heal and may the miracle of love continue to unfold all around us #ThankYouPreeta #SunsetKeDiVaNe”

The ‘Thappad’ actress’ husband Vaibhav is a Mumbai-based businessman who hails from the Pali area. Earlier, he was married to yoga instructor Sunaina Rekhi and the couple has a daughter together. Reportedly, Vaibhav’s daughter from his first marriage also attended the wedding ceremony.

Dia Mirza was also earlier married to businessman Sahil Sanga. The couple, however, got separated after 5 years of marriage in the year 2019.

Dia Mirza and Vaibhav Rekhi were reportedly in a live-in relationship last year during the time of nationwide lockdown which happened due to the COVID-19 outbreak. Though their relationship was kept under wraps, the rumours of their dating started doing rounds last year. 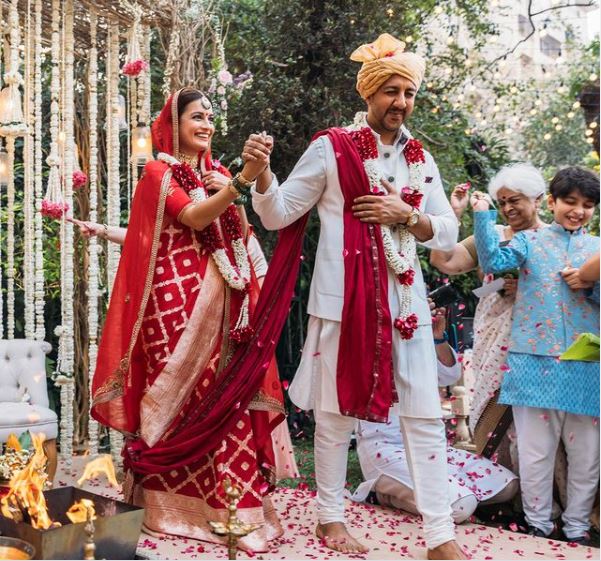 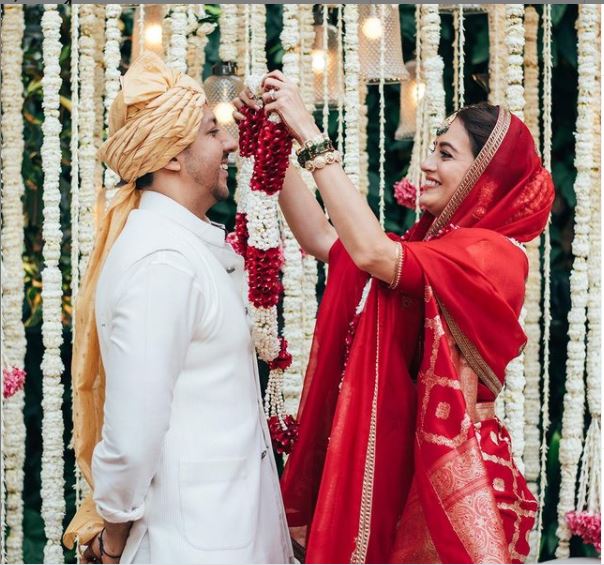 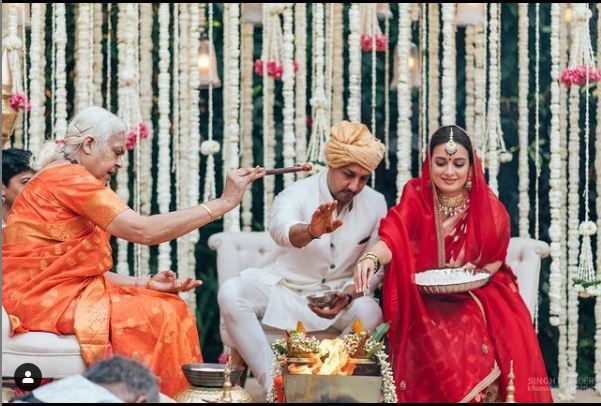