Be it a case of accusation of copyright or YouTube sensation, after garnering 10 million views in short duration in Nepali YouTube history, the song ‘Galbandi’ is the talk of the town in recent times. The controversy about the song and the singer was even dragged into the parliament house.

Finally, the controversy has found its direction on Wednesday with a written agreement between the singers— Prakash Saput and Sambhu Rai. In the agreement, Rai will own the credit for the song and Saput will receive the profit for the same.

In the agreement, it is also mentioned that Rai shall not claim the right for song’s profit and royalty. Likewise, it is mentioned in the agreement that Rai would withdraw the case about the song. 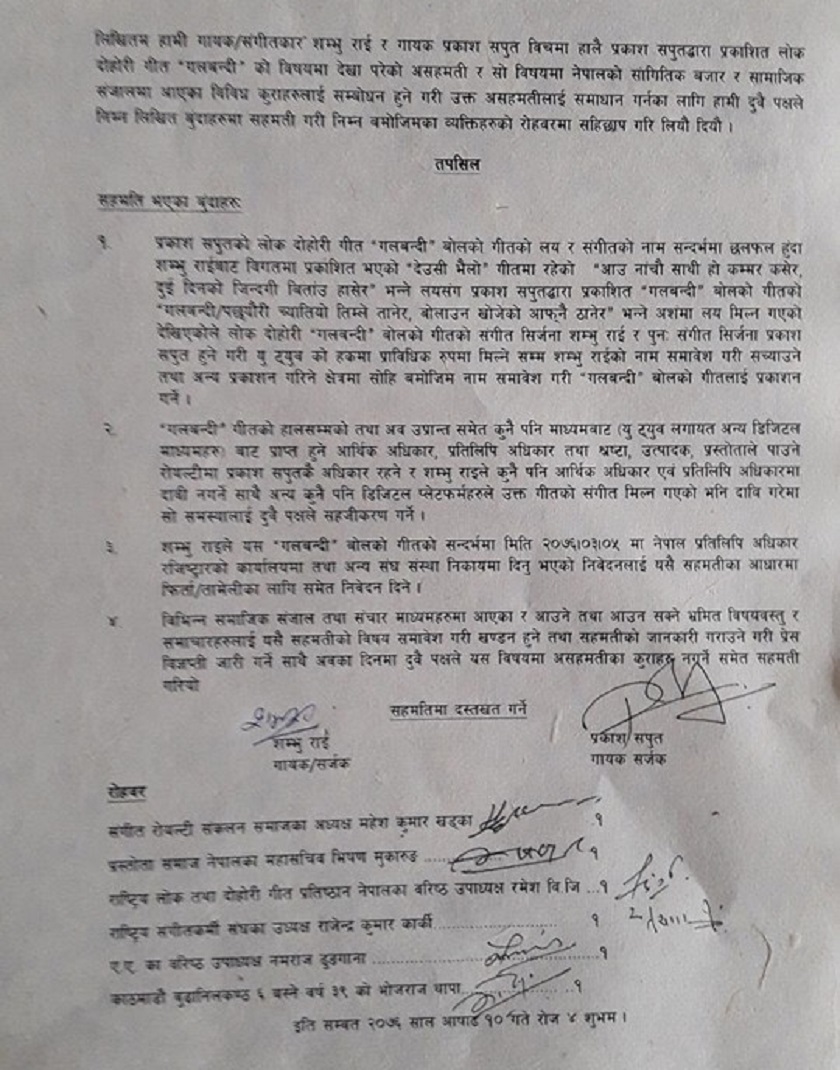