What would you get for Rs 10 nowadays? Even a cup of tea costs more than Rs 10. However, what would you do, if you could buy clothes for as less as Rs 10 in Kathmandu?  Don’t be surprised because Sukhawati Store located at Gongabu is selling clothes starting at Rs 10. The store is selling shirts for Rs 10, pants for Rs 40, and jackets for Rs 50 respectively. However, the price will vary up to Rs 5,000 based on terms and conditions.

The store, unlike any ordinary store is a charity store. They collect the donated ‘old and worn-out’ clothes and sell them at a reasonable price to the people. Apart from clothing, the store also accepts shoes, CD, books, decoration items, handmade handicrafts recycled goods and many more.

According to Chizman Gurung, the founder of the store, there are still many unused items lying at every house in one corner of the room as junk. On the other hand, there are other marginalized groups who can barely afford the fancy and expensive items. “Hence, we are recycling those old items we get from donation and sell them at affordable prices. This is how we convert trash into cash. Some time ago, I traveled on a scooter to Raniban to collect the donated clothes. The donors had contacted us to collect the things at their place. Sometimes, they do come to our door,” shares Gurung.

Fourty-five-year-old Korea- return Gurung further says, “The store is inspired by ‘The Beautiful Store’, a charity shop in Korea. I worked at the store for two and a half years. After returning  Nepal in 2012, I developed a similar concept of starting a charity shop in Nepal.” With continuous efforts, Gurung finally succeeded in registering the shop as a non-profit organization in 2014.

During its initial phase, the foundation sold their own used items on the street. Eventually, they even scaled up their stalls during the festive seasons like Tamu Lhosar, Sonam Lhosar in Tundhikhel. Slowly, funds started flowing in.   People fell in love with this concept and suggested them to open a store. Then, they commenced their maiden store with a small shutter in Mhepi, the rent: Rs 7,000.  It took them many shifting after finally settling at Gongabu also a rented store. Currently the rent is Rs 30,000 per month.

Besides, selling their products, they also have been focusing on charity events. Gurung claims that the store is Nepal’s first registered national charity shop that works under the model of social enterprises. “We have regularly been conducting various charity events from the profits we make. The charities include providing free meals to the orphans along with clothes and blankets to elderly people at old age homes.  We have been selling our products for an average profit of Rs 2,000 to Rs, 3,000  per month .”

However, Gurung is disappointed about the misconception of the  Nepali buyers on the second-hand (used) goods. Most of the people think that buying and wearing used commodities will deteriorate their reputation. Nevertheless, the store has witnessed many loyal customers who have made up their minds in buying used items. The customers are well aware that this will minimize the burden of wastage products according to Gurung.

Fifty-one-year-old Ram Kandel, a retired officer at Janak Education Material Center is a regular customer here.  According to Kandel, he is not ashamed of buying used clothes. “Firstly, the clothes are in a good condition and the cost is affordable too. The profits made also go for charitable purposes. So instead of feeling ashamed, I feel proud,” Kandel said.

Moreover, Chitra Dahal, Project head of the foundation said that there was no functional law based on the social enterprise in Nepal. “There are many organizations who self-claim themselves as social enterprise but only a few invest their profits for the social or charitable causes- be it health, environment, or any other sectors. So we look forward to lobbying the government to make a strong policy-related social enterprise.”

Currently, the store has three staffs and nine volunteers. Sharmila Tamang is one of the staff who has been working at the store for past two years. On Tuesday evening, like normal days, she was busy in the store. She was stitching old clothes and at the same time, she was price tagging the clothes based on their quality of the clothes. Tamang said she was pleased to be working as staff. “I   get paid for my work and also contribute something to society.” 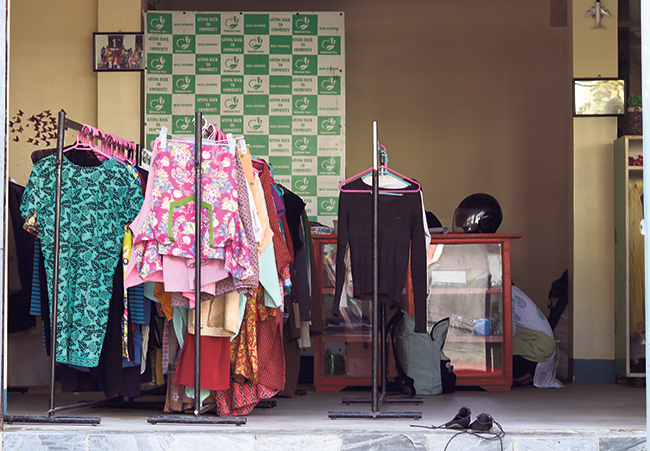 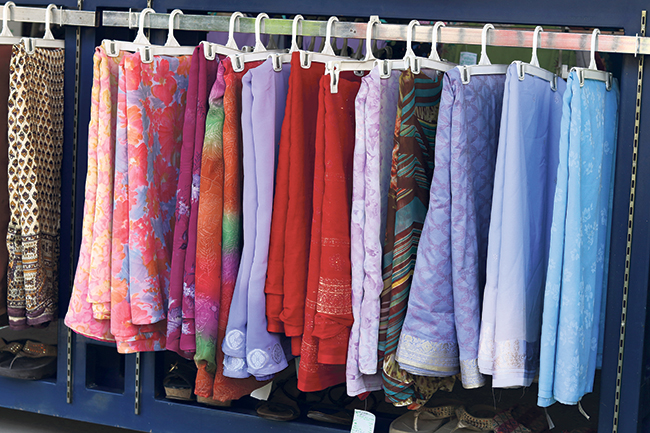 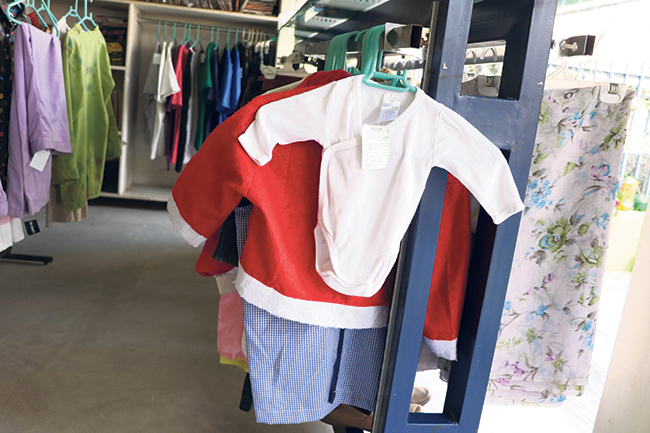 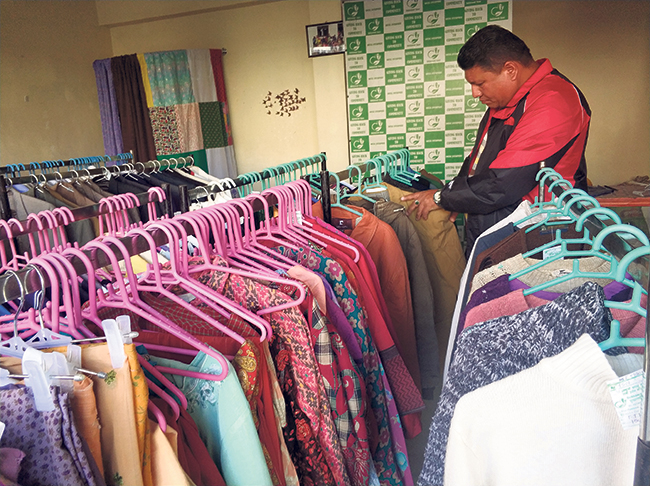