Rijal is a Grade 12 student at Rato Banagla School.

Is AI dangerous or beneficial for humankind?

Beauty pageants should be banned

Fate or free will

Challenging but picturesque route to ABC

Nepal, although being a small country, is blessed with beautiful trekking routes. Some of the most beautiful landscapes that are only reachable by foot, trekking in Nepal is one of the most enjoyable and unique experiences ever. Four months ago, I along with my family decided to trek along the popular yet challenging routes of Nepal– Annapurna Base Camp (ABC) trek.

My mom, dad, sister and I began our journey on a chilly morning from Kathmandu. Since we had to travel a distance of 204-km through Prithivi Highway, our ride was one of the tourist buses. After a long ride, we finally reached Pokhara. We had a huge Thakali dinner at the lakeside and went to sleep eagerly waiting for tomorrow to come.

The next day, five of us got on our ride for the drive to Birethathi. We finally arrived at Birethathi crossing lush green hills, fast-flowingrivers and big waterfalls. We got out of the car and started to get ready for our trek. We carried our backpacks, got our trekking sticks ready and put on a lot of sunscreen. It was a bright sunny day and almost 30 minutes into the journey, everybody felt exhausted. Along the way we met many people who were going toward the base camp as well as people who were coming back. We had our lunch at Gurung Village then headed back to the trek. After passing through several hills, we finally made it to our stop for the night--JhinuDanda. Jhinu is known for its natural hot springs which are the perfect remedy for relaxing your muscles. However, we decided to go to the hot springs on the way back.

The next day from Jhinu, we could see a small part of the mountain which made us all very excited. Along the way, we passed many people who were carrying huge loads of supplies like gas cylinders and canned food which ought to weigh around 20kgs each. I found it extremely surprising that people had to walk such a long distance without any proper gear and with such heavy weight and only got paid a little amount for it. The walk from Jhinu Danda to Chomrong was straight uphill.

The ascent was so difficult that we had to take rests very often. We had finished all the water that we bought from Pokhara so we had to fill our bottles with water from the local streams, rivers or the taps and purify them with tablets which made them taste disgusting.Finally, after almost two hours of walking and an hour's rest, we arrived at the beautiful village of Chomrong. It was certainly one of the most beautiful places I have ever seen and the mountains in the distance made the village even more charming.

The path from lower Sinuwa to upper Sinuwa was uphill, so we braced ourselves for the tiredness and leg aches. We walked through forests filled with bamboo and I found this part of the hike fairly easy as there was no uphills or down hills and the sun was covered by all the trees. Finally as we reached bamboo, we called it a day.

The next morning we walked from bamboo to Dovan and it was pretty easy and in almost three hours, we made to Himalaya. The walk from Himalaya to Deurali was also not that hard, but along the way, there were some huge rivers that we had to cross. The bridges for those rivers were almost broken and it was quite difficult to keep balance on the bridge. When we almost reached Deurali, we took a rest at a huge cave where other trekkers were also catching a breath. We had a quick chat with one of the families who had just come back from the base camp and they told us about how beautiful and magical the sight was. Hence, we continued walking and reached Deurali quickly.

Once we got there, the fog became worse and we had almost no visibility. In the morning, my mom was feeling really tired and didn’t feel so well so she decided to stay at Deurali while the rest of us headed to ABC. By the time we got to MBC, the fog was so bad that we could hardly see anything and we stayed at Deurali for two days. Only on the fourth we went up the mountain. It was dark outside, but we could still see the mountains shining in the distance. We went up to the viewing point which was filled with other trekkers.

The mountains seemed so close that it felt as if I could touch them. The magic of the mountains wasn’t something to just see, it was something that we could all feel. We could feel the greatness of the deadly yet beautiful mountains. Regardless, I still took many photos. The color of the sky as well as the mountains were changing so quickly that I wanted to capture every moment of it. All around me were people from all over the world with smiles on their faces,each one of them embracing the picturesque moment. And now after many challenges, we were all rewarded with this wonderful vista.

After the sun rose, the mountains became even more majestic. The snow on the mountain looked like gold glistening right in front of us. The Annapurna range, Himchuli, Dhaulagiri and Macchapucchre sheltered us like guardians and made everyone there feel safe and comfortable. The rest of the day was spent going down through jungles, valleys, and canyons. We walked seven to eight hours that day and covered two days’ worth of our uphill journey in just one day.

This trek was an amazing walk through diverse landscapes, dense forests filled with different animals and plants, beautiful mountain views, charming old Gurung and Magar villages and some of the best memories I have ever made in my life. 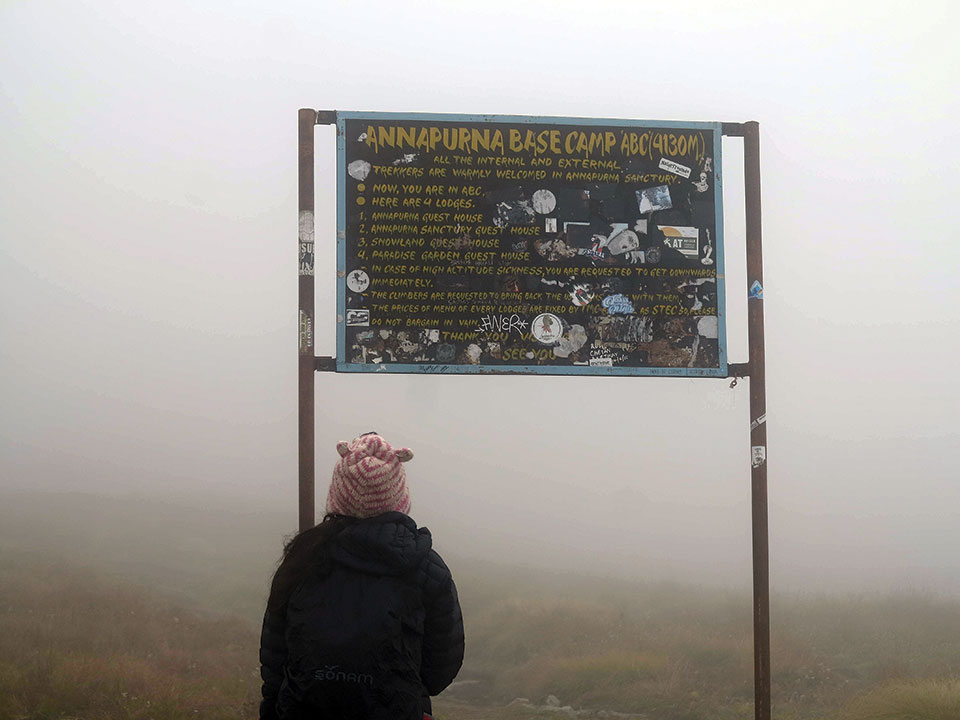 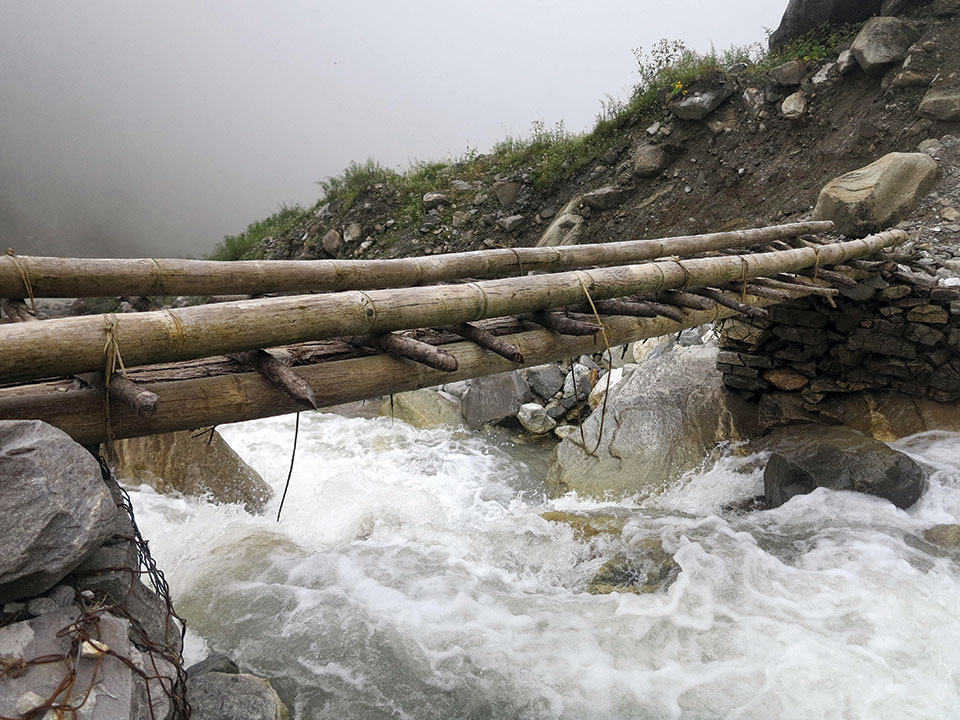 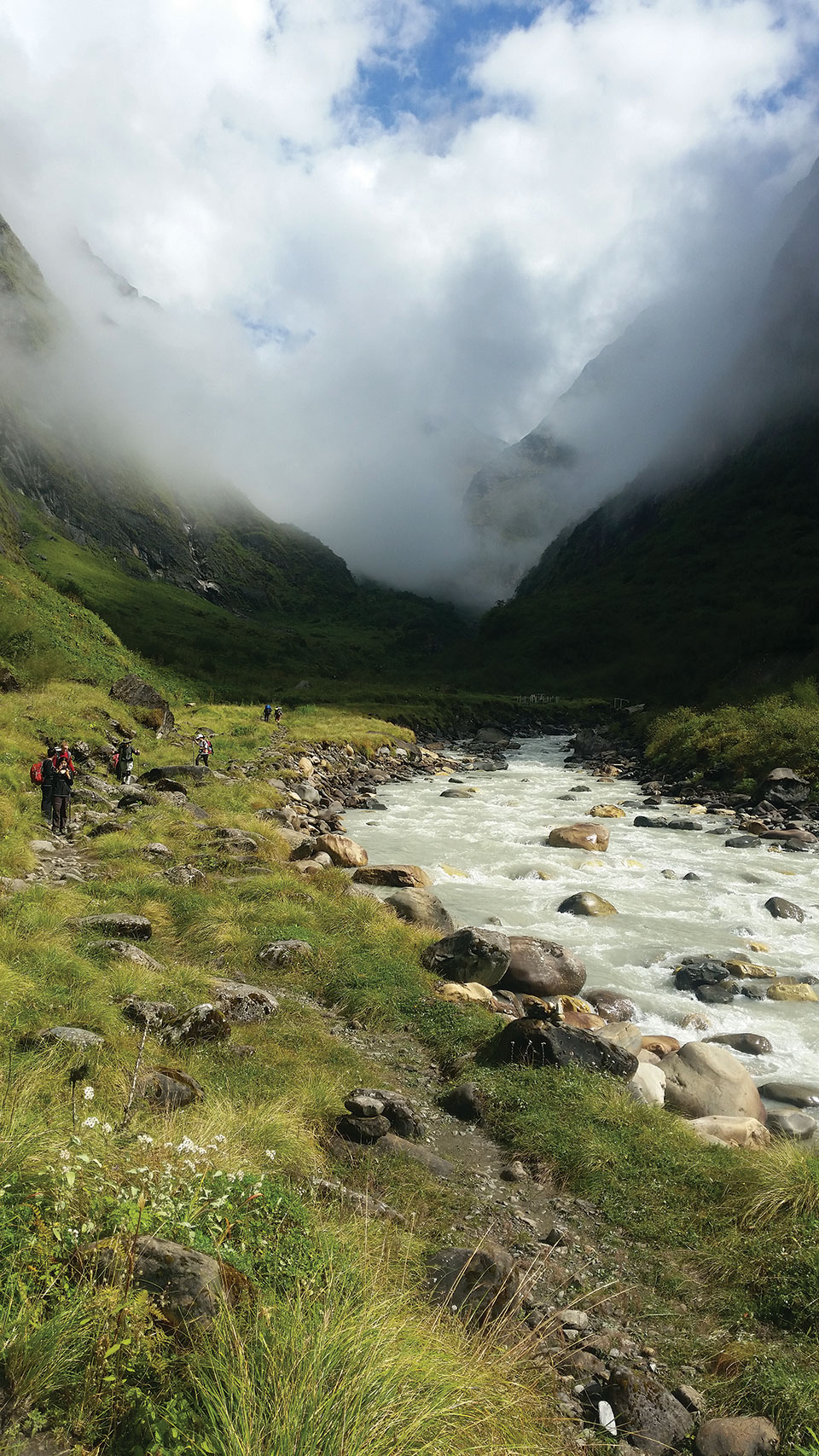