Tihar is already at our doorsteps and the vibes of the festival is lively as ever. The houses have already had lights and the colors have already made their impressions on the entrance of the gate. Not only adorning houses, some people are likely to involve in singing songs and tasting ‘selroti’.

When a group of people start singing ‘Bhaileni Aayin Aangana’ or ‘Deusire’ at your doorsteps, music enthusiasts instantly wave their body along with the beat of song. That’s the power of ‘Deusi Bhailo’.

With the change in time, ‘Deusi Bhailo’ is not as it was years ago. To know further on the changes, My City team asked various celebs about their ‘Deusi Bhailo’ experience. Here are some edited excerpts: 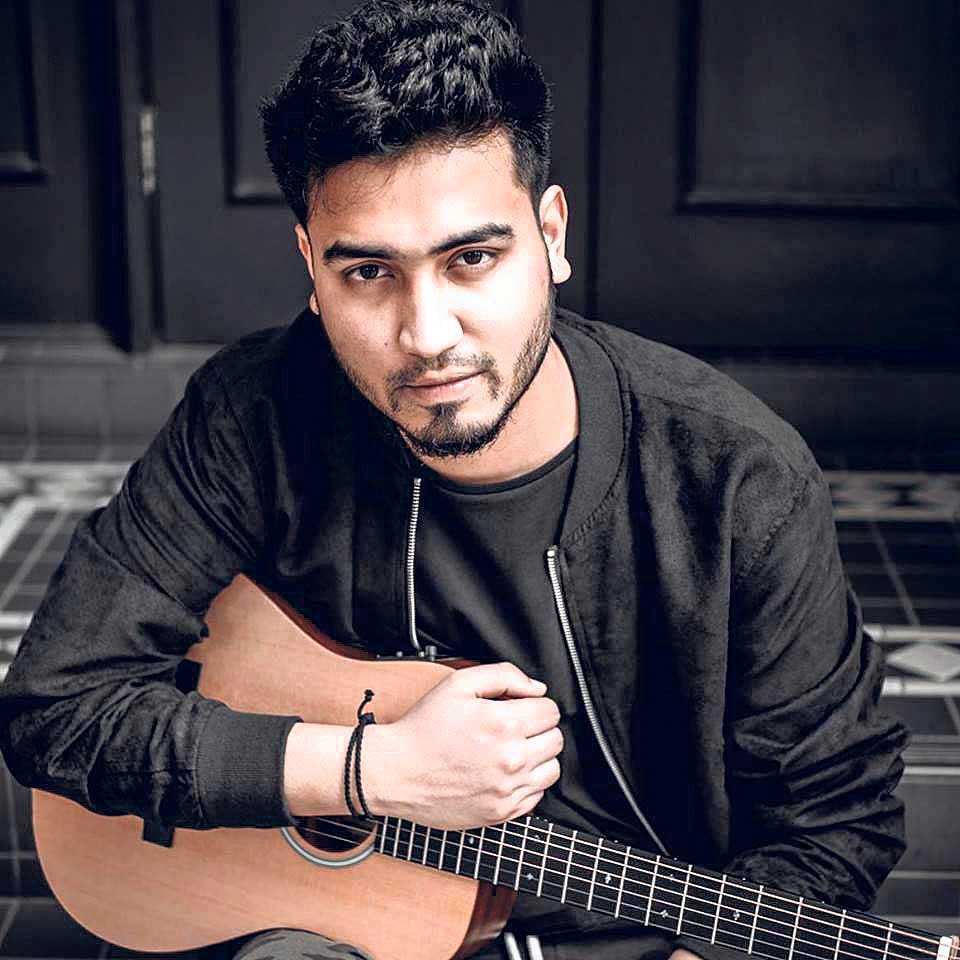 Basundhara Bhusal is one of the famous comedians of Nepal. She is famously known for movies such as ‘Aama’, ‘Paral Ko Aago’ and more.

What’s the fun part about ‘Deusi Bhailo’?
For me, entire Tihar is special and ‘Deusi Bhailo’ is one of the integral parts of Tihar.

I still remember we used to get perforated coins and make a garland from them before distributing among the members of the group. Also, playing traditional Tihar song with traditional instruments in ‘Deusi Bhailo’ was the best part.

How do you celebrate it now?
With the increase in number of years, I have stopped playing ‘Deusi Bhailo’. My age doesn’t allow me to play it today. So I enjoy looking at the youngster’s energy and their boisterousness in ‘Deusi Bhailo’.

What are your views on ‘Deusi Bhailo’ being celebrated with foreign songs?
People’s perception changes with the change in time and their taste might differ. However it shouldn’t be at the cost of compromising with our culture and tradition. Now-a-days, ‘Deusi Bhailo’ is losing its flare and authenticity.  We should preserve it by teaching them our traditional way of celebrating it. 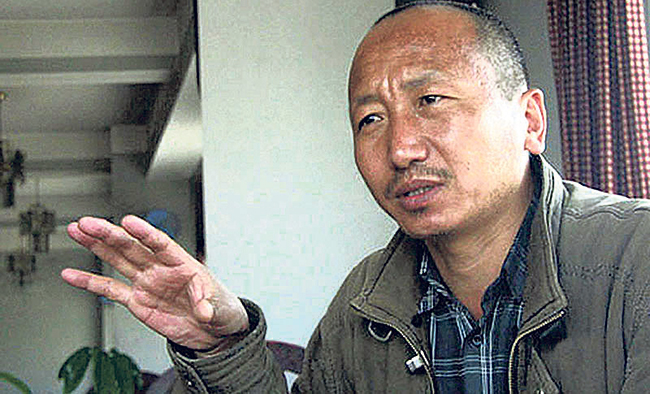 Shrawan Mukarung is one of the renowned poets of Nepal. His first book was ‘Desh Khojdai Jada’ and was published in the early 90s.

What’s the fun part about ‘Deusi Bhailo’?
Whenever I hear the words ‘Deusi Bhailo’, the amusing part I remember is musical events that the people participate in with great enthusiasm. Apart, saving the tradition by going to houses and blessing them are the fun parts.

How did you celebrate it in the past?
Well, Tihar was one of the most awaited festivals for me during my childhood days in Bhojpur. As the festival came once every year, I never said “No” to ‘Deusi Bhailo’. I sang it almost every time. I used to narrate stories such as ‘Ramayan’ in the form of ‘Deusi Bhailo’ song. Apart from all those, we would crave for ‘selroti’ a lot.

My way of celebrating ‘Deusi Bhailo’ underwent a complete change after I got into college. Now, I didn’t only chant but also I sang and danced with my group. We used to have so much fun during the season of lights. The money we received used to be was our budget for the group- picnic.

How do you celebrate it now?
In course of time, I have become old. I don’t celebrate as I did in my early days in Bhojpur. However, I do enjoy visiting ‘Deusi Bhailo’ programs now after getting invitations from the organizers.  As the festival comes once a year, I would love to stay with family and friends and enjoy the programs that people bring to the houses in our society.

Having been a part of the changes, we used to have fun a lot back then. But now, it’s all looked at from a business perspective; getting rich from the performances.

What are your views on ‘Deusi Bhailo’ being celebrated with foreign songs?
I feel everybody has their own way to celebrate and we don’t have the right to interfere. However, celebrating with foreign songs simply conceals the tradition, I believe. Most of the houses still welcome and treat the performers with traditional warmth, but performing is not always the same. Some people stick to the tradition while some opt performing with songs portraying sub luminal messages vulgarity.

In my view, ‘Deusi Bhailo’ should be celebrated in the traditional style with such songs. I don’t agree on performing to foreign songs. 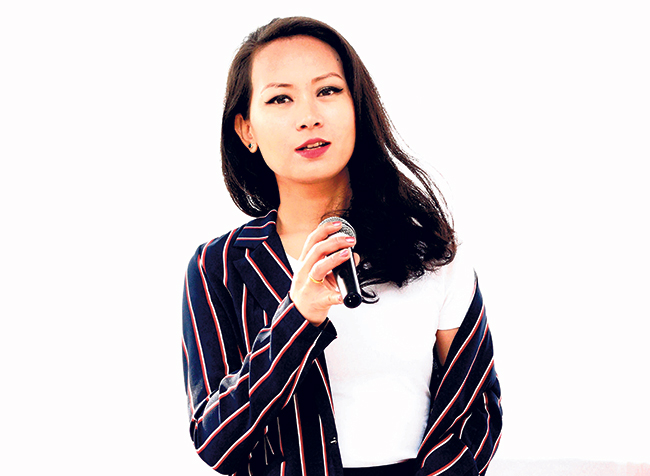 Trishna Gurung is one of the most influential singers of the Nepali music industry. The singer has given more than 20 hit songs. Gurung’s song, ‘Maya Pirati’, is her most popular song to date with more than 8.8 million views on YouTube.

What’s the fun part about ‘Deusi Bhailo’?
City ornamented with lights, colors and flowers is the best part of ‘Deusi Bhailo’. Likewise, groups of youngsters singing traditional songs with musical instruments give me that surreal feeling in Tihar.

How did you celebrate it in the past days?
I was not an extrovert, so I rarely played ‘Deusi Bhailo’. Sometimes I formed groups with my cousins and visited some neighbors home. As far as I remember, then, people used to play it with traditional instruments instead of using modern instruments and forming band.

How do you celebrate it now?
I don’t play it any more but I enjoy looking at people’s enthusiasm during the festival. Instead of playing, I celebrate the day by participating in family and friends get together. 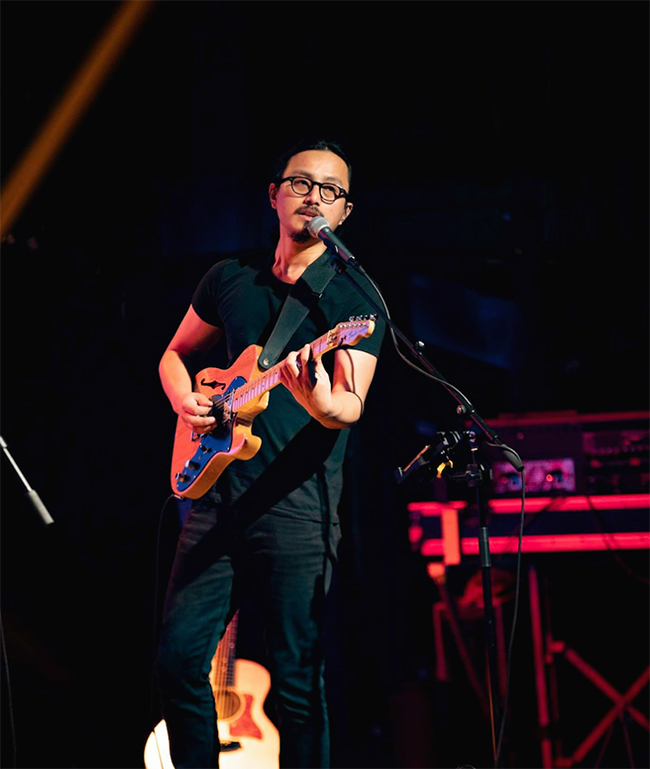 Sunil Garbuja is a Nepali singer based in Melbourne, Australia. He, currently, is a lead artist for a band called ‘Mystik’.

What’s the fun part about ‘Deusi Bhailo’?
For me, the best part of ‘Deusi Bhailo’ used to be going to different houses and singing the songs and being rewarded with cash and food. Nowadays, as I live in Melbourne, I celebrate it with get-togethers at friend’s place - eating, drinking and chatting.

How did you celebrate it in the past days?
When I was a kid, I have memories of playing ‘Deusi and Bhailo’ at my ‘Mama Ghar’. I used to see others celebrating dancing to various songs and live music. As young kids, we formed groups and went from house to house singing Bhailo songs until we received good money.

I remember it being the days of ultimate fun, and rich experiences. It was the time when ‘patakas’ and ‘maltabaras’ were legal. The air would be filled with the smell of delicious food, and the singing of ‘Deusi Bhilo’. The excitement, something I had forgotten, is coming back to me as I try to remember those wonderful days.

How do you celebrate it now?
Now, I live in Melbourne, Australia. Since the Nepali community in Melbourne is still growing, the Tihar vibe is minimal. Some events are organized by the Nepali organizations here, but they are not much fun. The essence of ‘Deusi Bhailo’ is definitely absent. But I can’t blame them. The volunteer organizations do the best they can with a limited time and resources. It’s mostly a quiet affair here in Melbourne. But that’s entirely my experience.

What are your views on ‘Deusi Bhailo’ being celebrated with foreign songs?
I don’t mind as long as there’s a good mix of Nepali songs too. Here in Melbourne, people tend to sing Nepali numbers mostly because everybody misses their homes. More precisely, I would love to experience similar ambience from the old days. It should maintain its authenticity by staying true to the tradition of family and friends gathering, enjoying good food, singing and dancing.