Speaking at the launch event, Astha attributed Adhikari for her singing ability. She said, “Since childhood, I learnt music under his guidance so he is the reason for, who I am today, and happy to launch my second album in his presence.” 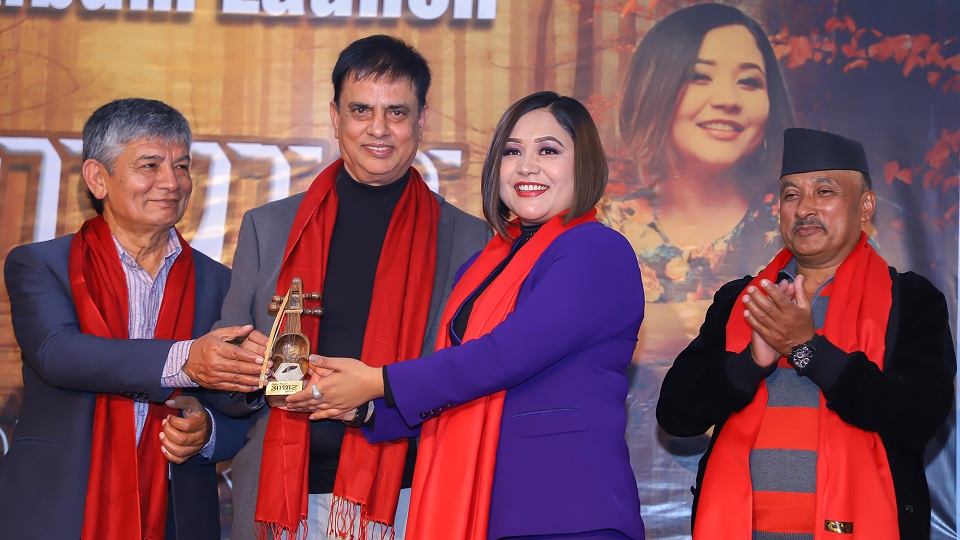 Veteran Actor Haribansa Acharya lauded Raut’s voice. Acharya said, “Nowdays there are so many artists in the market that it’s hard to notice them. But, Astha’s voice is so unique and bold that we can notice her through her voice.” Similarly, Madan Krishna Shrestha also expressed that he is happy to see her contribution in Nepali music fraternity at small age.

Likewise, music video of ‘Nakaima Fuli’— one of the song of the album was also launched amid the event. Shann Thapa directorial video features Aanchal Sharma and Mahesh Khadka. The video is released online streaming platforms of Music Nepal like YouTube channel, Movies N Masti, and Nepal on Demand.

True human-octopus love story, 10 yrs in the making, is up for best documentary Oscar