Adventures along the way to Manang

Chame, the district headquarter of Manang, lies in an altitude of 2,670-meters from sea level. It is renowned for the majestic views of the mountain ranges that captivate the tourists with its scenic beauty.

We had to let the world know about our trip. So, on the first morning, we uploaded our first status on Facebook, “Good morning from Chame!”

We had instantly received a reply from Chitwan’s Keshab Adhikari asking, “What’s the condition of the road over there? Can we drive and come there?”

His question compelled us to recollect the memories of the obstacles that lay on the road to Chame. To his comment, I replied, “Brother, I think only professional drivers can make it up here. It’s better that you don’t bring your vehicle.”

Though traveling in Manang is exciting, the trails are equally dangerous. Yet, the number of tourists visiting Manang is on a gradual rise.

The famous Annapurna trekking route passes along Manang and is considered the major reason behind the flocking of tourists in this region. Besides the Annapurna trail, visitors can enjoy snow-activities during the winter season, or observe the scenic view of the abundant water resources in the area throughout the year.
Lamjung’s Besisahar is considered the starting point of the Manang trail. Walking alongside the banks of Marsyangdi River, and overcoming the hurdles along the way, travelers reach Manang. The trail is ideal for adventure enthusiasts.

Despite the dangers, thousands of tourists visit Manang to experience the beauty it holds. The beautiful Tilicho Lake is another key feature that allures tourists to Manang. But bear in mind, the roads are bumpy, and it’s difficult for heavy vehicles to roll on the route to Manang. It is only advisable to take a jeep or smaller, but robust, vehicles to commute in this area. The monsoon flood in the road is of no help either.

Drivers have to take their vehicles through the river as the snow melts from the higher elevations at an alarming rate. After crossing the flooded road, vehicles then need to pass a narrow wooden bridge. Not just one, but there are different rivers where these bridges are placed. Though dangerous, these are the only option available to pass the river. After surpassing the treacherous route, you finally reach Manang. 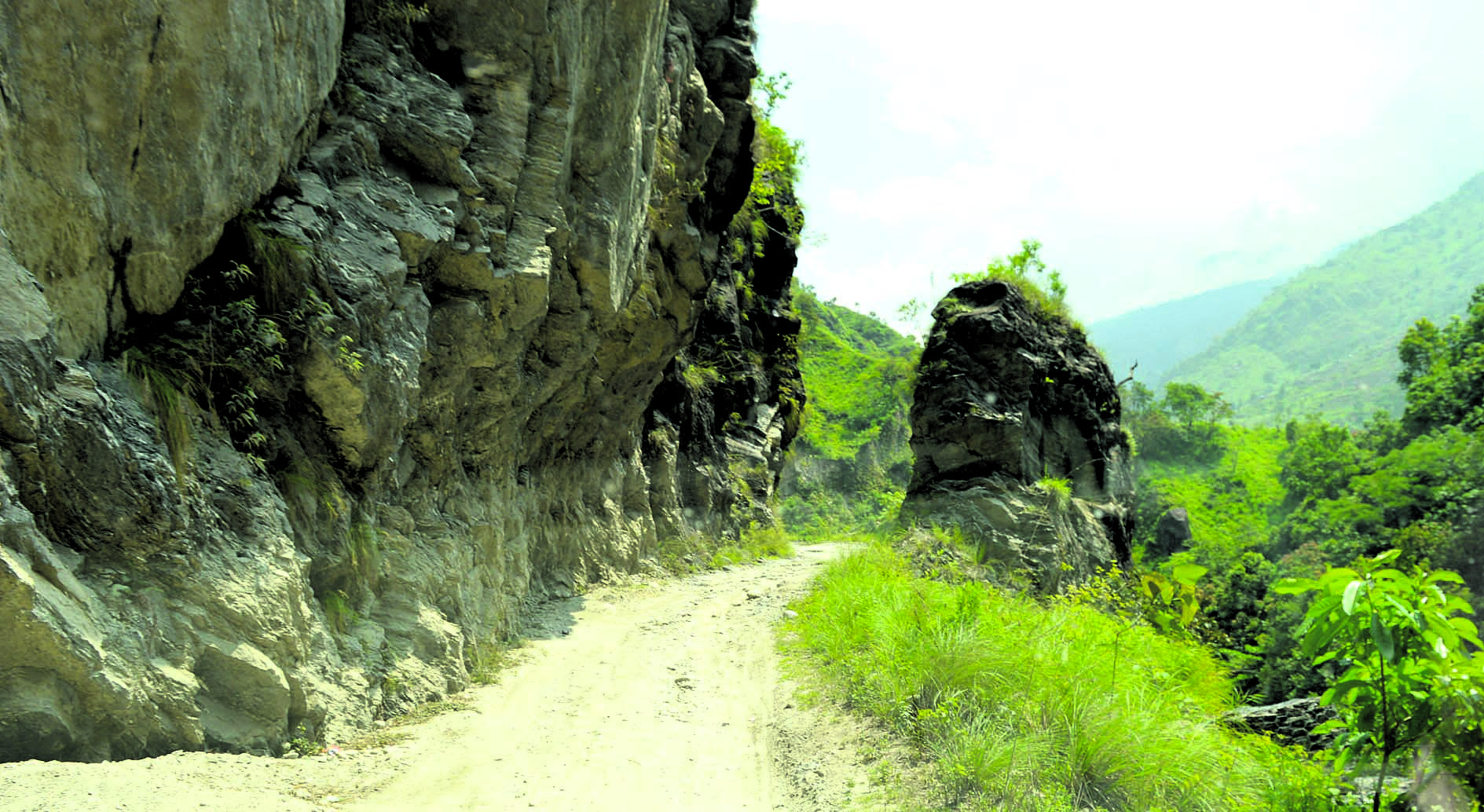